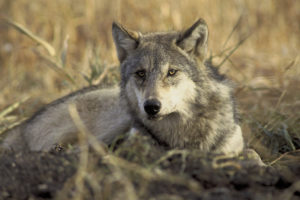 I decided, when I started this blog, that I would limit the content to things I’d personally photographed or experienced. For the most part, I do that, digressing only occasionally. I made that choice because on any given day, I read about, hear about, or other wise encounter wildlife issues that either trouble me or inspire me, but that could also fill this blog space a thousand times over. I’m one solo traveler with my own limitations at 70wpm.

I never close my eyes to what transpires beyond my life and my lens, and some of the more important posts I read are also the most difficult and heart-wrenching. One blog that brings this home with each post is Howling for Justice. HFJ tirelessly documents the challenges facing our western wolves, now that they no longer have ESA protection in states like Idaho.

When I clicked over tonight, I was so dismayed by the imagery, I just had to post about it. It’s graphic and it’s heartbreaking. But if you want to see how the ESA delisting is manifesting in the west, please take a look at the blog post at Howling For Justice, and also this article by Earth Island Journal. They both describe and depict the same scenario. In short, as a warning, it’s a photograph taken by a trapper — a U.S. Forest Service employee — with a live wolf caught in a leg hold trap behind him in the picture. Apparently, a shooter or shooters were also taking potshots at this wolf, as the poor animal languished in the trap. (I’ve seen enough trapping photos to know that trappers frequently post shots of their live-caught animals, so this isn’t exclusive to wolf trapping.)

I will never, to the day I die, understand the callousness that crusts over the human heart. I hope I am never reconciled to nor apathetic about scenes like the wolf’s. I hope — even more and against all odds — that we as humans somehow manage to evolve beyond the type of cruelty shown here — and the types of cruelties I witness far too often against our brethren of fur, feather, fin, and four legs.