Originally published at The Wild Beat in 2013

I stepped out of a mist and I knew I am. I am what I am. And then I thought, ‘But what have I been before?’ And then I found that I had been in a mist, not knowing to differentiate myself from things; I was just one thing among many things.”

I used to think about Jung and bird dreams whenever I watched rafts of ducks sleeping on Lake Merritt in Oakland, their heads tucked back under wings as they swept the lake like feathered Roombas.

I wondered if they were, as Jung suggested about human dream states, creating psychic wholeness by connecting their conscious and unconscious realms. Externally, for us, there’s serenity in birds flocked together for slumber … Canvasbacks revealing just one wary red eye, Ruddy Ducks spinning with their sail of a tail, Scaup males waking before the rest and rustling the females to breakfast and mollusks. They utter the lightest peeps in their own language as their unconscious dream life meets life’s surface tension. 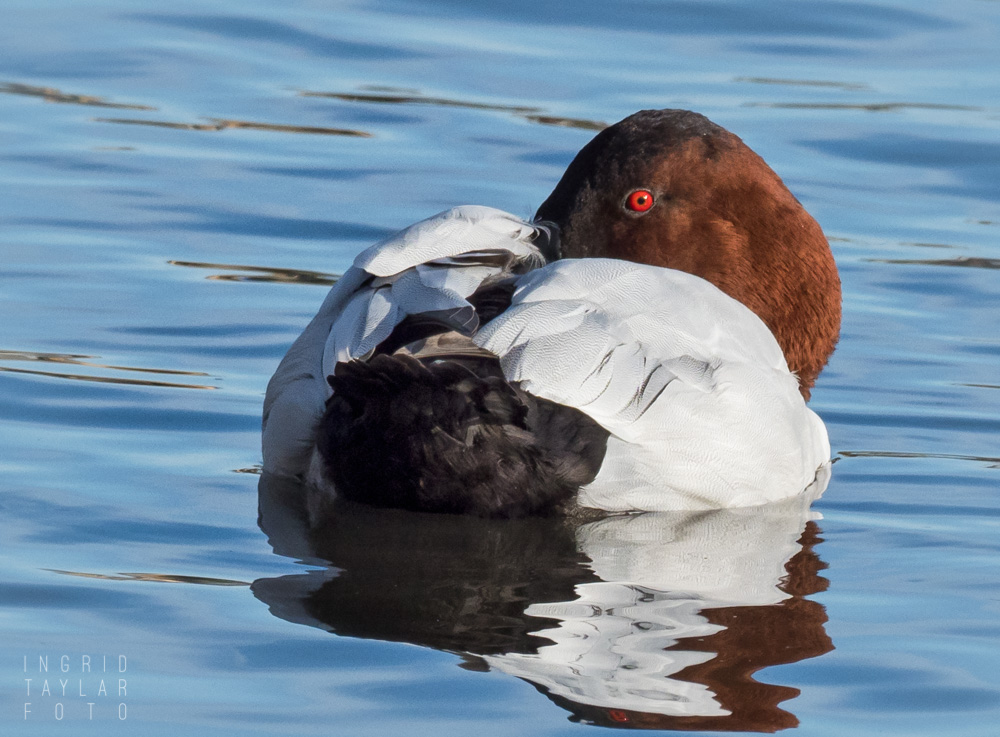 In the comments section of a 2001 MIT newsletter, a reader asked:

“Does the ability to dream require a level of self-consciousness or at least the ability to conceptualize an objective world-view? How, otherwise, does the animal brain construct a dream experience that is not a carbon-copy of events simply regurgitated through synaptic pathways, but a ‘creative’ narrative employing events and data in a new narrative?”

This question was in response to a study where MIT researchers found that rats who’d been trained to run through mazes, exhibited brain activity in their sleep which suggested they were re-processing their day’s events, or collating multiple events, to produce the same brain response as if they’d been running the maze physically.

At the University of Chicago in 2000, researchers working with Zebra finches found similar replication of brain-wave activity in bird sleep. They concluded that the finches were rehearsing their songs in their dreams, possibly related to enhanced success in mating, given the song’s importance in courtship.

So, when ducks dream, do they replay their best dives and dabbles? Do they work through the trauma of evading a hunt, or evoke all sensory pleasures in memory of distant rice fields? Are they forming universal and species intelligence through some process of the collective unconscious, like the 100th monkey learning to wash sweet potatoes? Or are they releasing their brains to create something magnificent and transcendent that their feathered, webbed bodies can never manifest on this earth plane?

Last month, I saw a flock of Western Grebes floating on Elliott Bay, their necks all tucked into plumage in characteristic S-curves. A work boat sped past their raft and jolted the crew out of slumber.

You can barely see the grebes behind the boat in this crop.

Through my telephoto lens, with distance compressed, it was difficult to say just how close the vessel got, but it was close enough that the grebes scattered toward me and the shore.

I think about how often this occurs in their lives — and how precious a night it is, for those of us lucky enough to sleep without having one eye open, without our plumes bristling in the wind. That is, to sleep in a fully altered consciousness, in a bed, undisturbed by predation or guns or weather or hunger or motor boats.

Lao Tzu said that “life is a series of natural and spontaneous changes. Don’t resist them; that only creates sorrow.” In my time with our wild brothers and sisters, I have concluded that they are better attuned to this flow than we’ll ever be, whether one attributes their facility of adaptation to instinct or enlightenment. Watching birds sleep and dream and then be roused — and then reform like a galaxy, swirling back into rafts on a distant swell — makes me believe that they know they are “just one thing among many things,” as Jung declared. Even as they are firmly rooted in their individual survival, they organize their experience around the unity of an avian archetype. Perhaps they are aware that existence is ephemeral, their heightened sense of danger a burden, but also an antidote to the complacency that allows us to do things like drive motorized vessels through rafts of dreaming birds.

[My grebe shots were photographed with the Olympus OM-D + Lumix 100-300mm. In the middle photo, the center grebe is looking up at an eagle passing high overhead. The collage was post-processed in Lightroom and Photoshop. The Lake Merritt images were shot with my Olympus E-3 and 70-300mm lens.]