I received an email recently, asking if I’d heard any updates on the Jamie Olson situation, the one I posted about in November. As you may recall, Jamie Olson is the USDA Wildlife Services trapper who posted about his wildlife “work” — with graphic images depicting his treatment of wolves and other predators, including pictures of his dogs mauling trapped animals.

The petition to fire Jamie Olson, started by Project Coyote, is still viable — with more than 52,000 signatures. Olson, despite these wretched acts and calls for his dismissal, remains employed by Wildlife Services while under investigation.

This past week, Project Coyote posted an article on their Facebook page. It’s another — I will say horrifying but not surprising — exposé of USDA’s Wildlife Services, and the cruel practices regularly employed, condoned or tolerated within the organization. Cristina Corbin of Fox News covered this story: Animal torture, abuse called a ‘regular practice’ within federal wildlife agency. Here is an excerpt — the article’s opening:

It was a productive day for Gary Strader when he pulled his vehicle up to a remote site in northeast Nevada and found nine coyotes caught in leg hold snares set by the federal government. As was routine, Strader, a former trapper with the U.S. Department of Agriculture, signaled his dogs to attack.

His supervisor, who had accompanied him that day, watched and laughed as the dogs circled the coyotes and ripped into them, Strader recalled.

“That was regular practice,” said Strader, who in 2009 left Wildlife Services, a little-known program within the USDA.

And further into the piece:

Strader said he was often tasked with hunting for coyote dens while working for the government in remote areas of Utah and Nevada. He described how he would lower his stethoscope into the hole and listen for breathing or whining from the coyote puppies. Then he would drop a phosphorus bomb into the den and cover its opening with dirt.

An excerpt from Knudson’s piece: 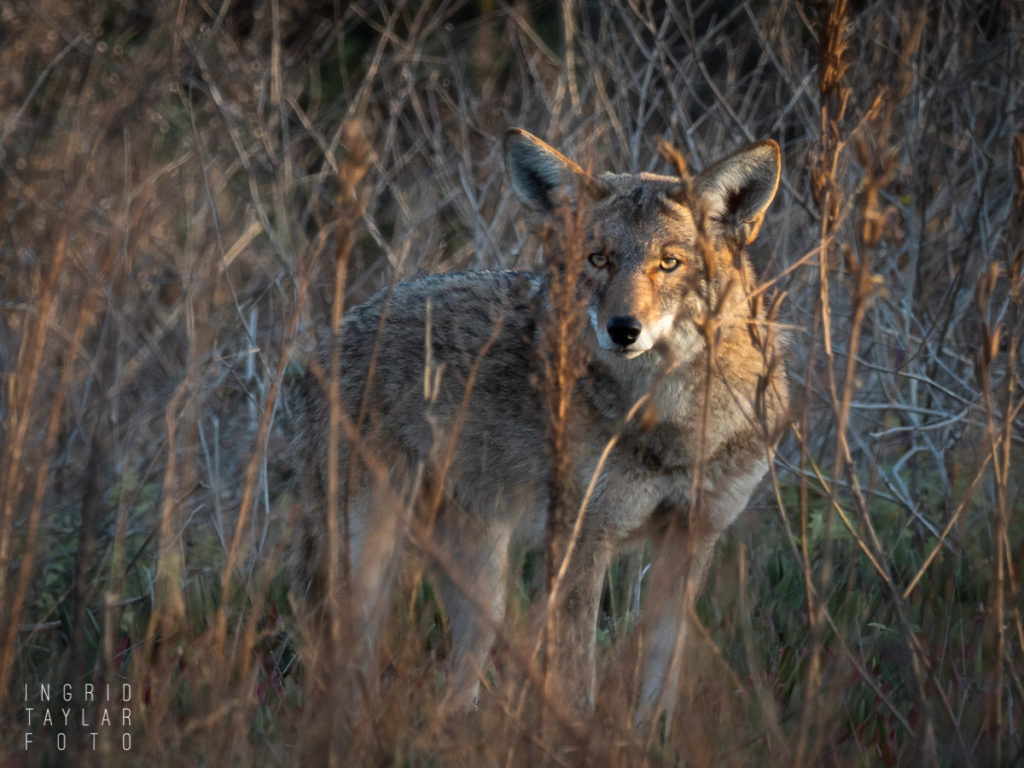 In a cursory search of my local agencies here in Washington, I found — within the span of just a few minutes — several contracts with USDA Wildlife Services, for operations such as “waterfowl management,” with no other specifics given except the contract date and service fee, which ranged from $2000 to $130,000. I mention this because, many municipalities and agencies use Wildlife Services for their default wildlife control operations. Those services can entail many facets, including non-lethal studies and measures. As one example, airports often employ multi-faceted programs which include trapping and relocating of raptors along reduction of habitat and food attractants (in addition to lethal controls). But often, lethal measures as the default recourse are accepted without question, or, community members are not aware which measures are being used locally.

I urge my fellow wildlife advocates to recirculate these stories about Wildlife Services — to make it widely known how taxpayer dollars are being used and squandered in the context of these egregious wildlife practices. The more people who understand what’s going on, the better the chances are that individual cities, municipal authorities, and communities will stand against these unacceptable acts, and move toward reform — and toward humane plans of co-existence with our fellow travelers — the coyotes, the wolves, the raccoons, the gulls, the prairie dogs and the many other species now targeted as “varmints” through abusive and backward methods.

Last year, the city of Davis, California severed ties with Wildlife Services, terminating the city’s contract with the agency while seeking non-lethal options for dealing with wildlife-conflict issues. This measure came on the heels of a Wildlife Services coyote killing operation in Davis, and also in response to Tom Knudson’s Sacramento Bee article.

[Davis Mayor Joe] Krovoza cited those articles in his motion to end the city’s financial ties with the agency.

“One would think a story like this comes out … and maybe they talk to their employees … (and) be a little bit more sensitive to the communities that they are serving. And that hasn’t happened. I think they’ve got a deaf ear to what’s going on.”

Wildlife Services officials were invited to Tuesday evening’s emergency meeting, but did not attend.

Project Coyote is one of the organizations diligently pursuing and contributing to these stories, while working toward co-existence plans for predators like coyotes. They have regular updates at both their website and on their Facebook page if you’d like to keep up with the news. They have a “tips card” you can order, listing basic practices for co-existing with coyotes, along with other educational materials on that same topic at the Project Coyote Resources page.

The nonprofit Predator Defense is a critical player in the fight against inhumane practices toward wild predators. You can see a list of their various accomplishments on their History and Milestones timeline. They also have a resources page devoted to The USDA’s War on Wildlife which includes links to media pieces on this issue. They post regular updates on Facebook page.

Rep. Pete DeFazio (D-Oregon) has been outspoken about investigating and defunding Wildlife Services. You can read about the joint effort between DeFazio and Rep. John Campbell (R-Irvine) in this Modesto Bee article from June of last year: Congressmen call for investigation of Wildlife Services agency.

The “Cripples” … or Why I Hate Wing Shooting