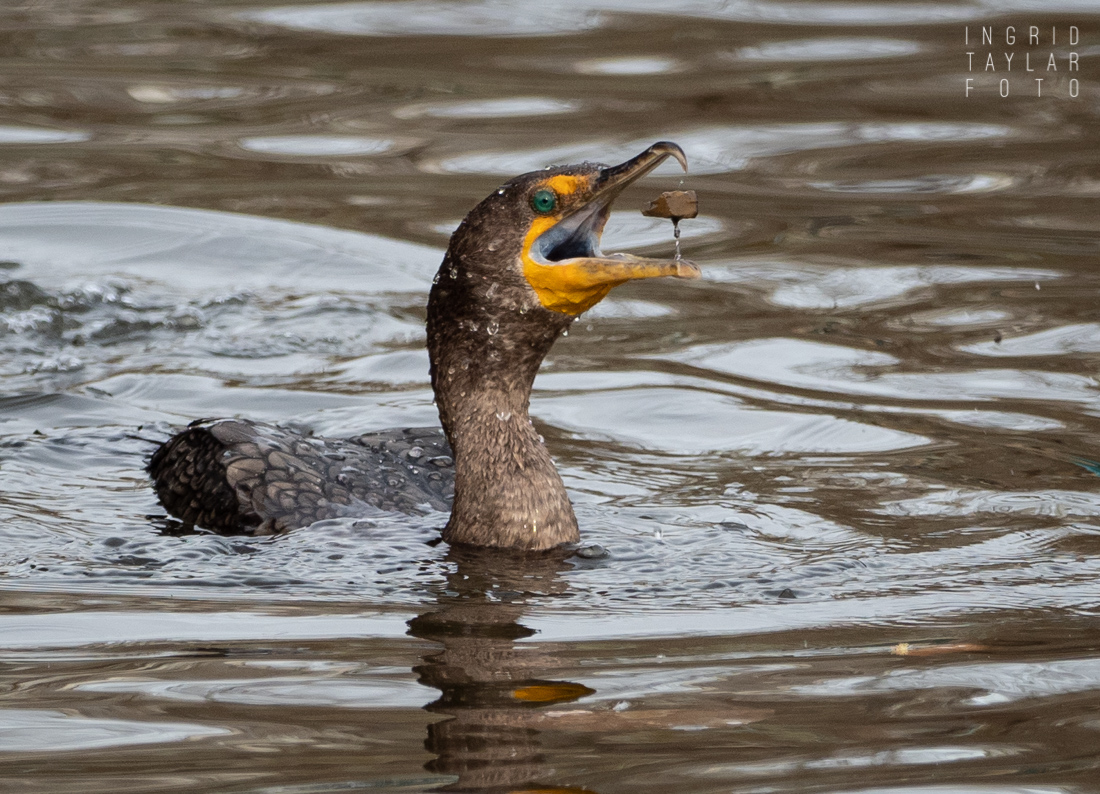 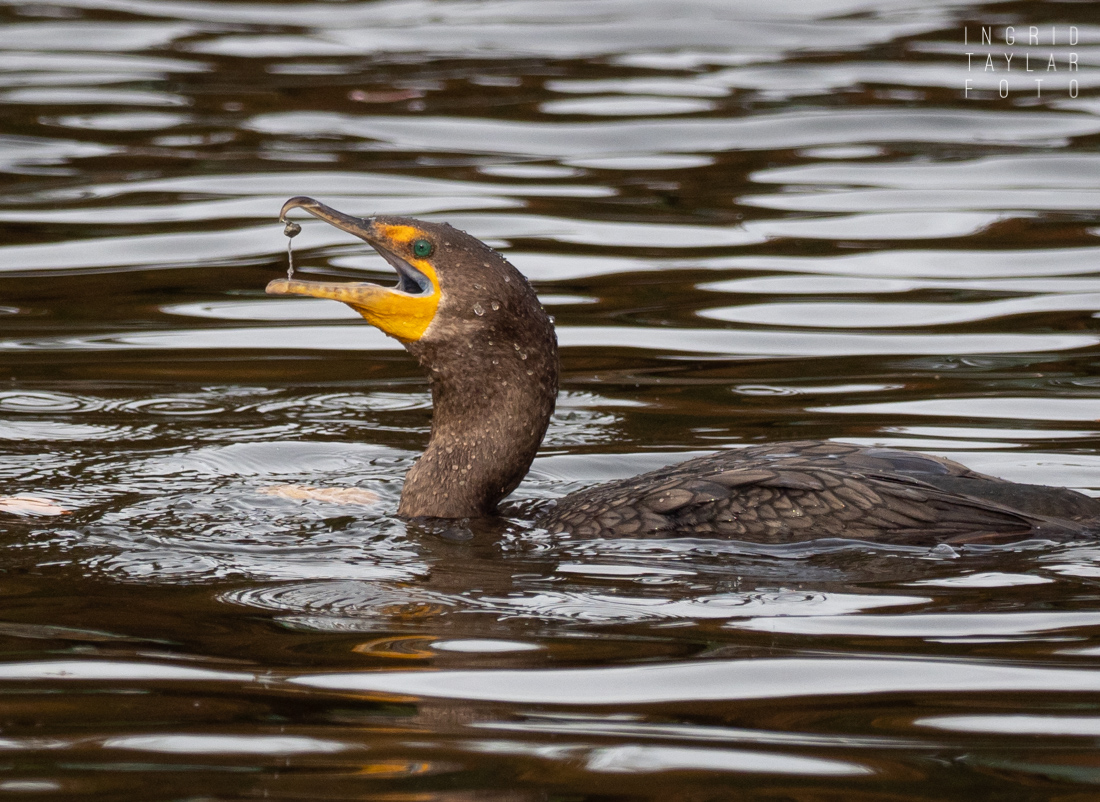 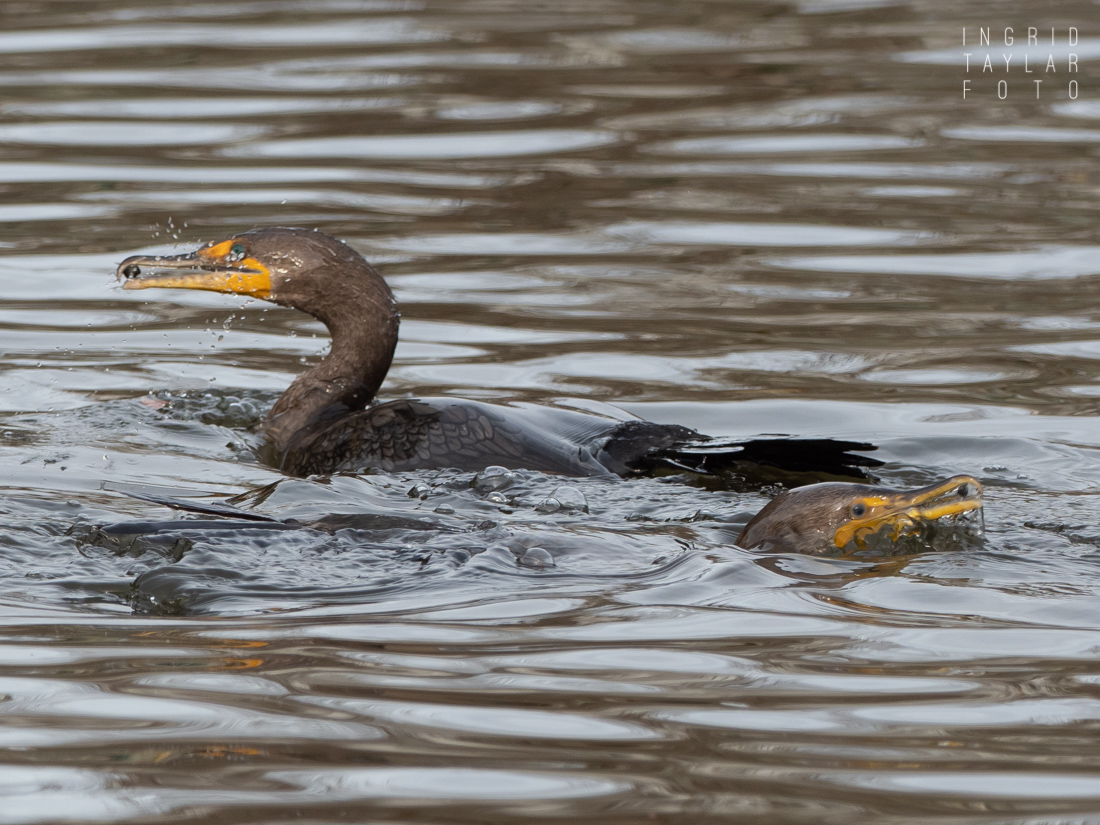 I came upon two Double-crested Cormorants diving repeatedly for pebbles and rocks. I know many birds eat grit, but I hadn’t seen cormorants doing the same. I checked with someone who knows cormorant behavior, and she said that they do collect pebbles during nesting season (for lining the nests), but that it’s possible they were ingesting these rocks as as grit.

If other photographers here witnessed this behavior with cormies I would love to know. As often as I’ve photographed cormorants, I’d never seen this particular foraging before.