I should stop making excuses for shooting in damp, dark conditions. It is, after all, the Pacific Northwest.

But, well … I was shooting in damp, dark conditions, standing on the car deck of a Washington State Ferry at Anacortes, in an ISO 5000 drizzle. Hugh — who’s become a better bird spotter than I am — pointed to the air traffic around the nearby terminal pilings. It was Pelagic Cormorant mania — a Babylon 5 space station for sea birds.

The flight path started at distant patches of seaweed which passing cormorants would pick off the water and carry back to their nesting towers. In the image below, a Pelagic Cormorant with characteristic white flanks, handed off a seaweed prize to his lady love. Since both male and female incubate, I’m not 100 percent sure of the sexes here, but the gift bringer did seem the larger of the two, which would suggest a male. 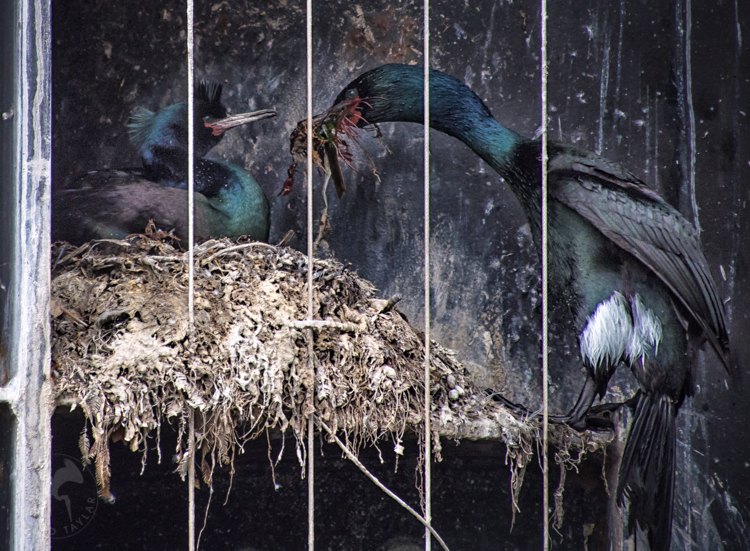 The cables in my photos might be exclusion cables to keep cormorants from doing precisely what they’re doing, or they may serve another purpose entirely. Either way, the cormorants are using the structure in ways that suit them fine. I hope this is one place they can stay, given the growing scarcity of safe nesting sites for these birds who normally prefer rocky cliffs to raise their young. While looking for information on this particular cormorant colony, I found photos of the site going back at least a few years, with one photo caption referring to the scene as a “cormorant condo.” That’s a perfect description. 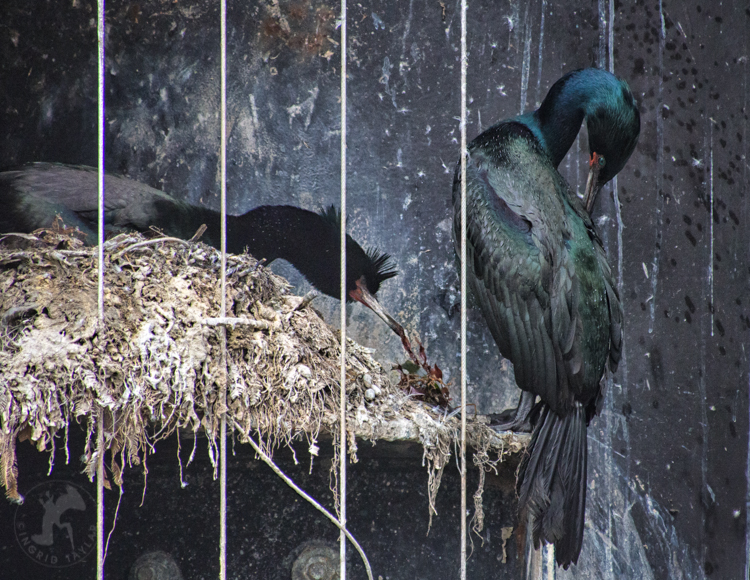 After the seaweed drop, the female took the nesting material and spent time arranging it in the existing structure. 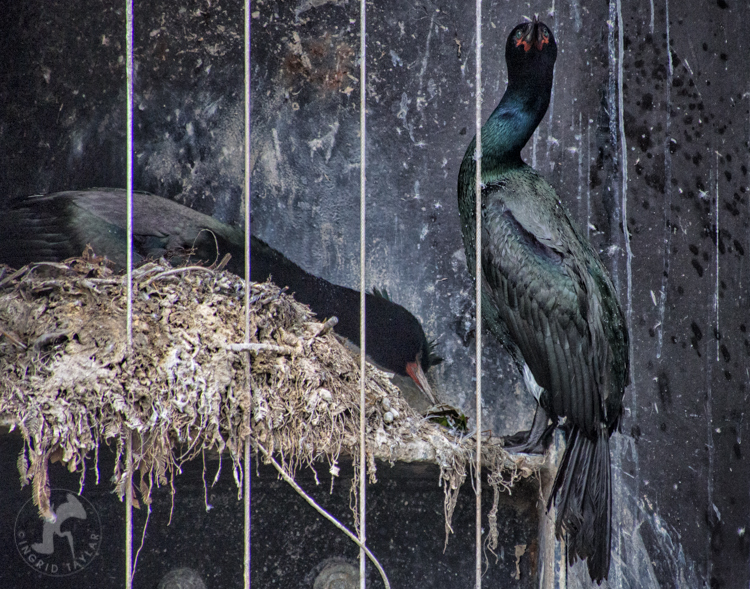 Monterey Bay Aquarium posted this cool fact about Pelagic Cormorants: “Pelagic cormorants will use one nest for several years, piling up seaweed, grass and ocean debris until the mound is five to six feet high.” They use their own guano to secure the nest on their chosen cliffs … or pilings.

If you haven’t heard Pelagic Cormorants vocalize, take a listen at the All About Birds site, in particular the moans and throat clatter clips.

[These images were all very dark, shot in less than ideal conditions. Adjustments include levels and exposure, and some color adjustment.]