Without even a wisp of autumn air, Seattle dipped from summer to storm, from a prolonged swelter to a premature December gray, leaving me damp and unrequited. In eighty days without droplets and dew, the Emerald city turned topaz and so dry that even the pigeons, normally preening under nimbostratus showers, looked haggard for the heat.

All I wanted was autumn — and a crisp Washington apple and, maybe, a flight of leaves and a pumpkin ale. But October was slippery underfoot, where the leaves don’t fly, they just stick to your boots along with the promises of autumn renewal. In other words, I crashed fast — past any hint of autumn — into my seasonal monochrome, shooting in dusky skies, mist and toward backlit silhouettes.

Here are a few new additions to Bird Noir, my collection of urban birds, and birds against films and vapors … in the diffused light and denuded landscape of a Seattle winter.

All of these images were shot with the Olympus OM-D + Lumix 100-300mm, my light-as-a-necklace walkabout gear. I deliberately photographed birds in silhouette, knowing I would process the images into black-and-white in Nik’s Silver Efex Pro. When I’m going for creative effect, I don’t use any one particular filter in Nik. I tend to layer processes and choose the tones and treatments that, to my eye, best suit that particular photo. I’ll sometimes further process a B&W shot in Nik’s Color Efex Pro for some nuanced tweaks with the very useful control-point editing feature. (Thanks to my photography friend Britta for first turning me onto Nik’s apps a couple years ago.)

Don’t Fence Me In

(American Crow at the Ballard Locks) 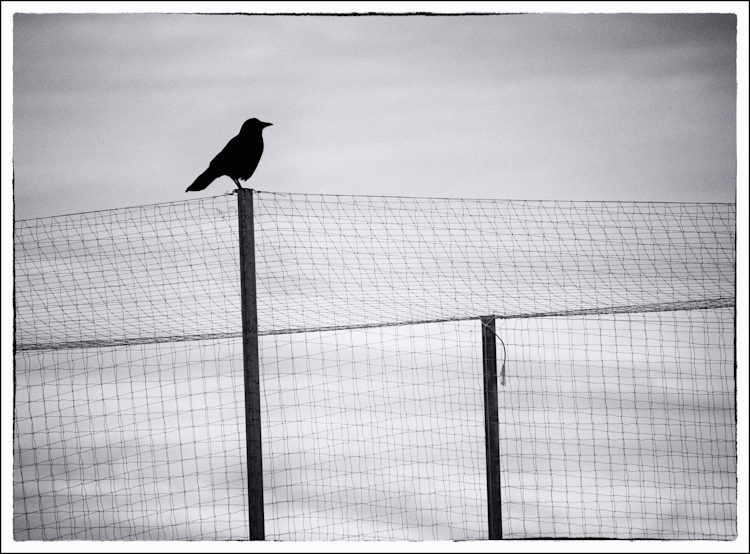 The “Owl” and the Pigeon 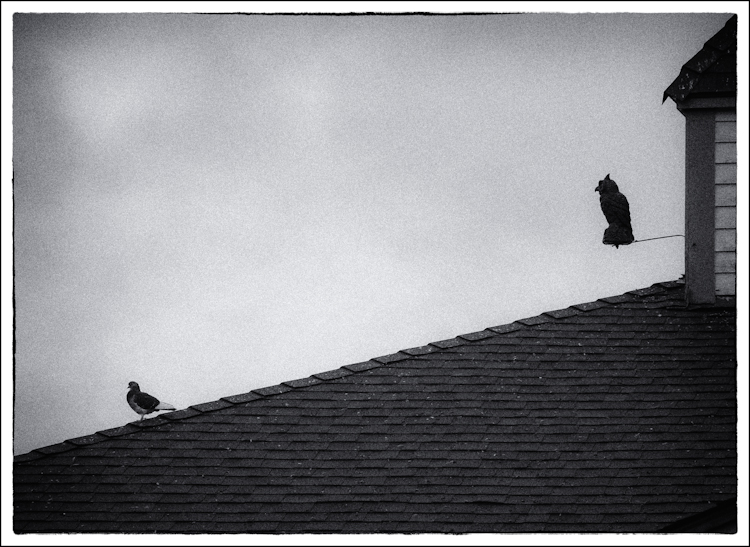 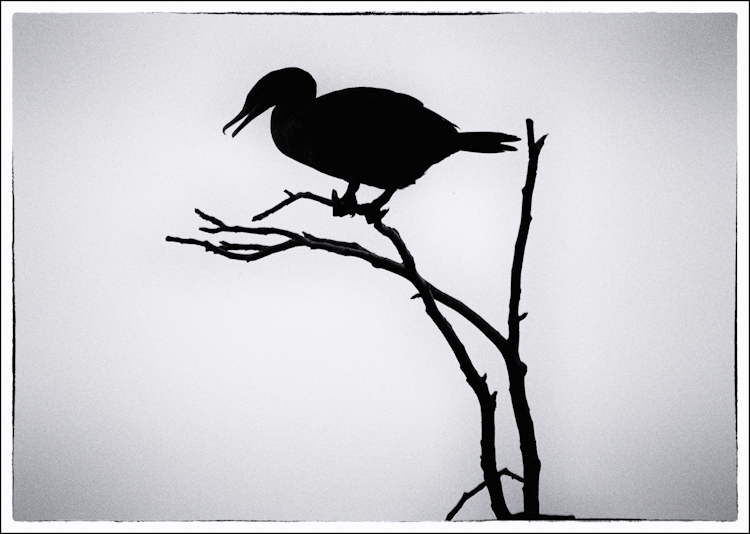