Meanwhile … Back at the Cell Tower

Meanwhile … Back at the Cell Tower

When I last left the Cell Tower Osprey, they were in an apparent tussle over their nesting site.

Photographically speaking, I chose the wrong time for this week’s visit. But, I was in the neighborhood just after dawn and figured I’d drop in for a few minutes. The only place to photograph this tower is from the west, looking into the sunrise. So, the eastern sun left me two options: backlit Osprey or … poorly-lit Osprey. I chose backlit and poorly-lit Osprey.

Everything seemed a-okay at the cell tower nest, with both Osprey preening, chatting, and venturing off occasionally for a few nest twigs. 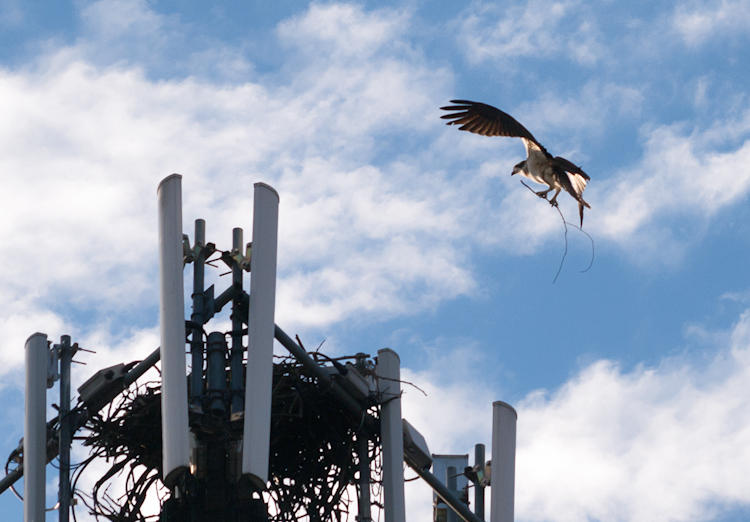 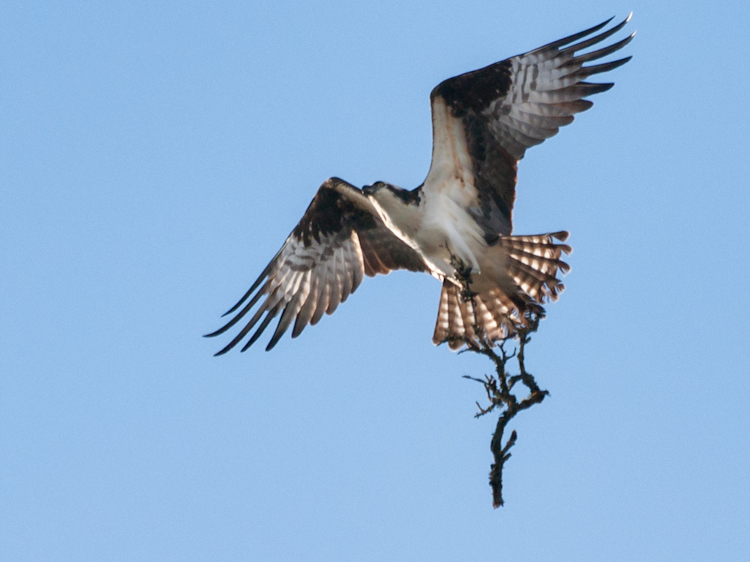 I didn’t remember this much crow interaction from last year’s nesting season, but it appears at least one pair of vigilant crows now resides nearby. 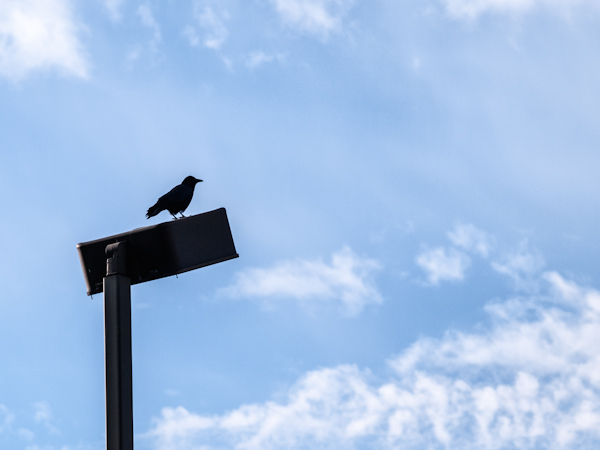 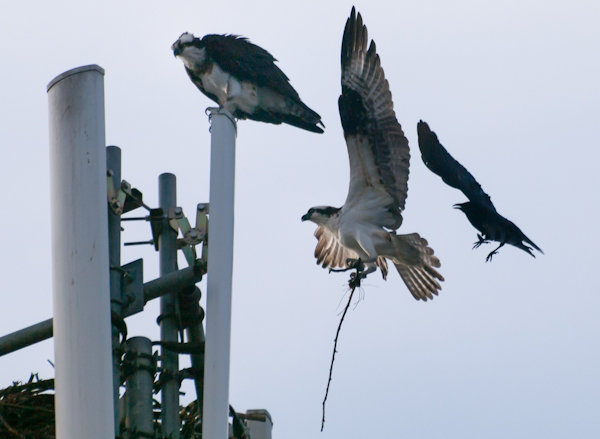 The lower levels of the cell tower are also a bird condo complex, with at least two Starling couples building nests inside the open pipes.

An important note on birds and pipes: The pipes in this cell tower structure have access from above and below, so the Starlings swoop in from the top, and fly out from the opening below. I don’t think there’s any danger of them getting trapped inside. If, however, you know of any uncapped pipes or PVC tubes on your property, be sure to check them and secure them for bird safety. MSNBC had a piece late last year about hollow mining claim markers that cost bird lives. The same is true of other types of pipes and tubing. The Rewilding Institute has a PDF on the hazards of and the remedies for open pipes on properties. 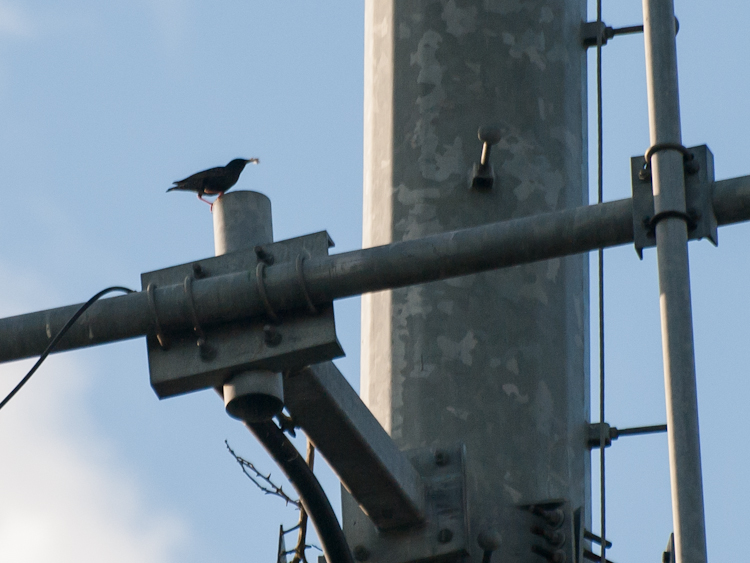 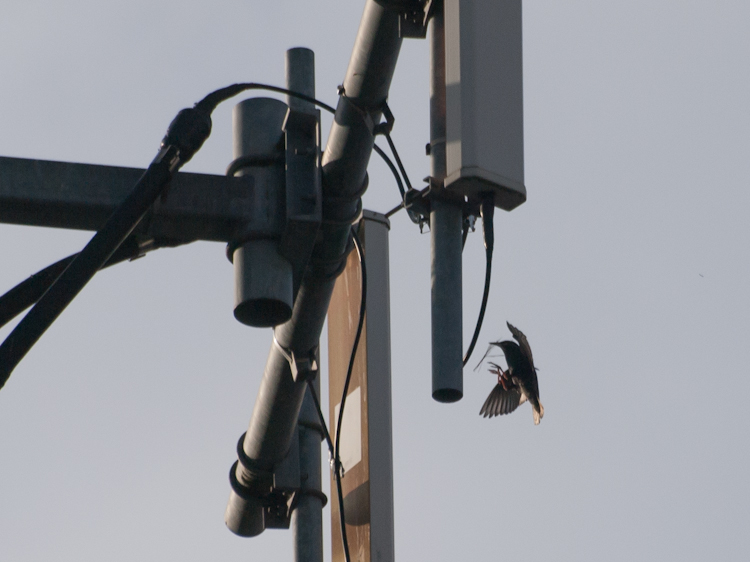 At this point, my camera battery was still going strong, but my car battery wasn’t. I called AAA, they jump-started the little Honda … and this was my last view of the two Osprey as I idled before takeoff. 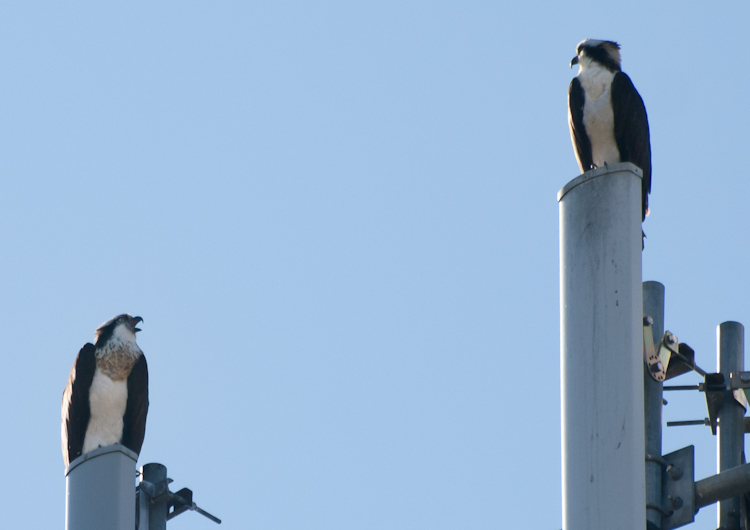 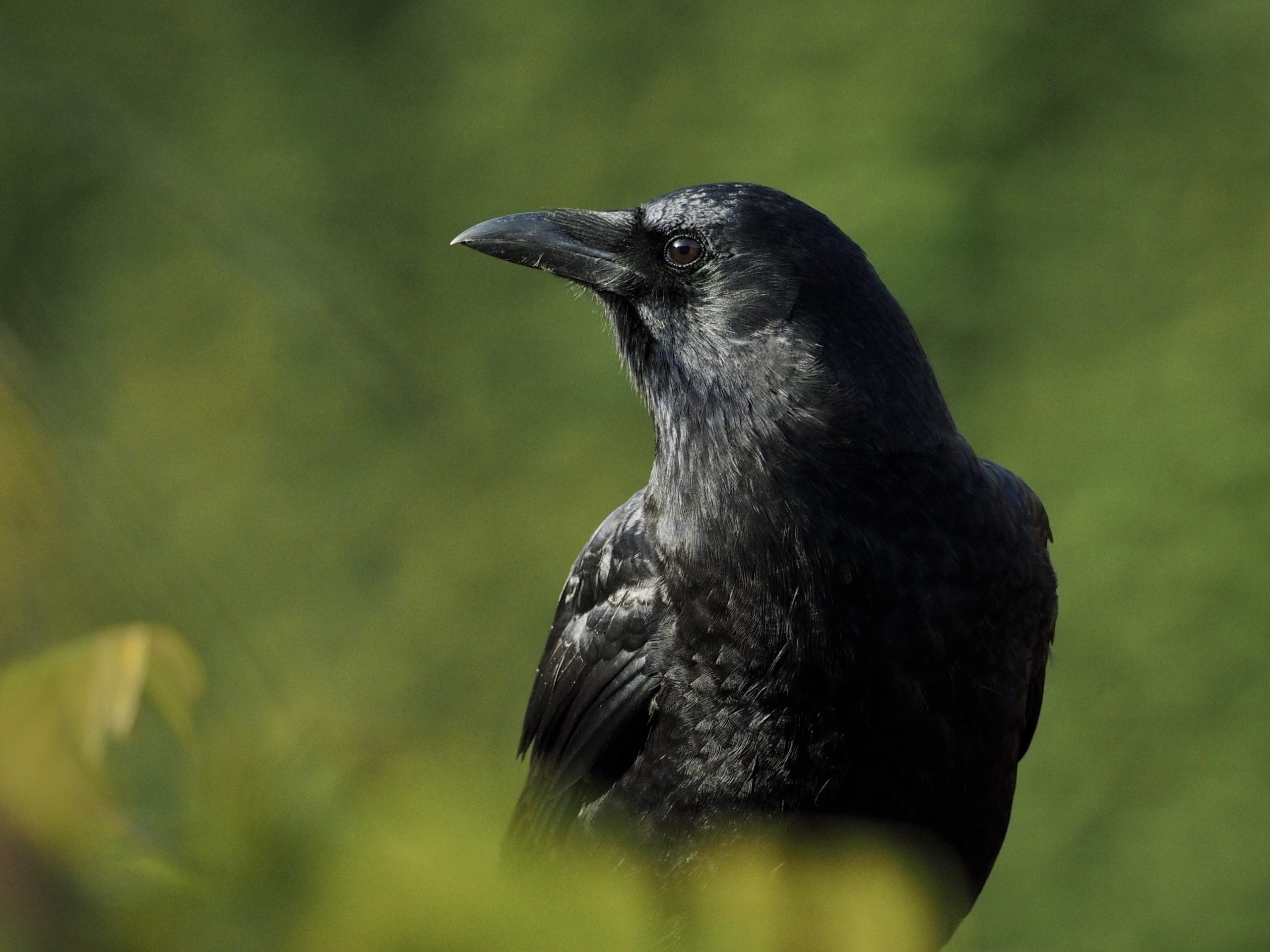 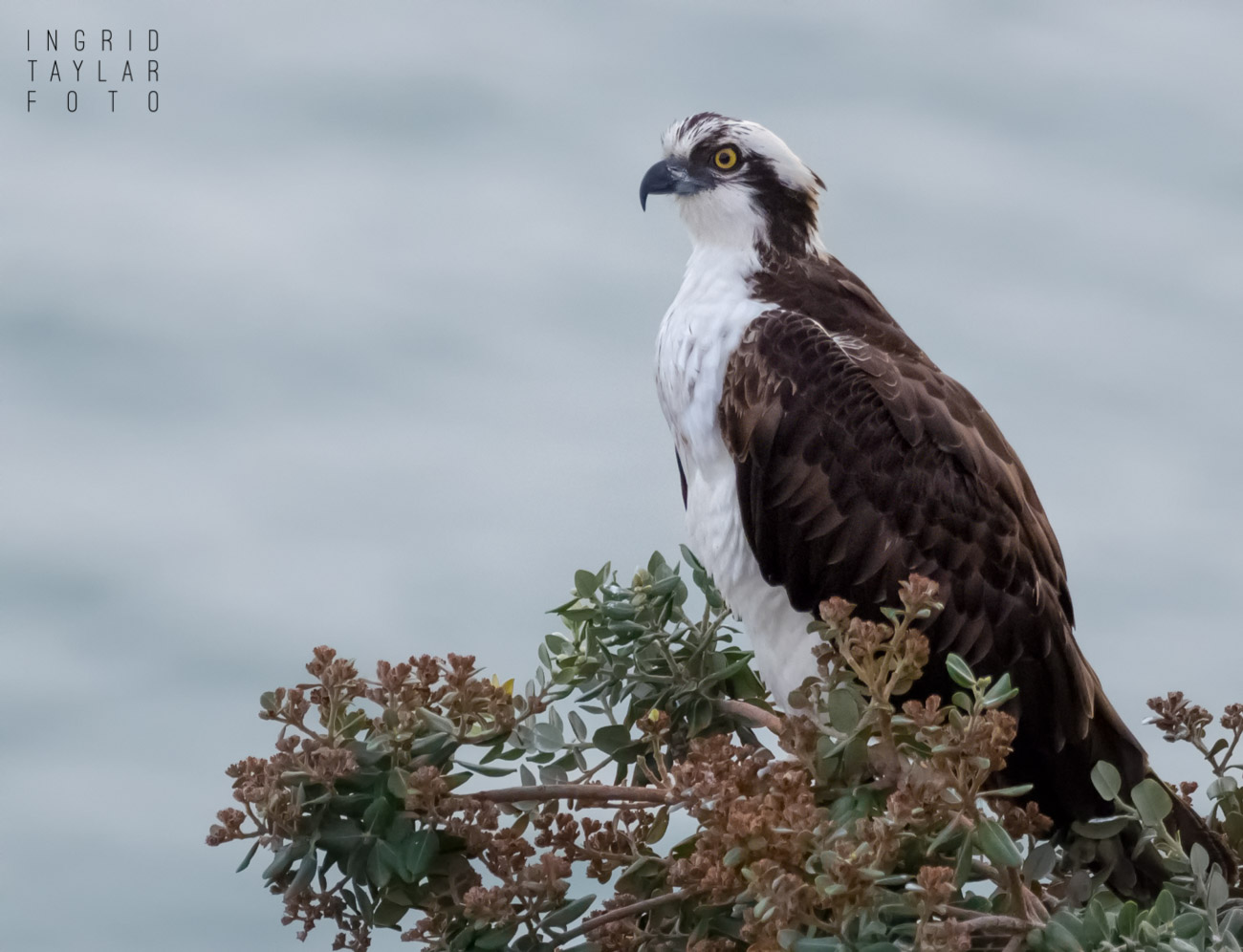