A Closer Look … for Birds in Trouble

A Closer Look … for Birds in Trouble

This post contains one image of a long-deceased gull, just FYI.

You’d think I would have learned my lesson last year, with the dead gull I found wrapped around a deterrent wire on a nearby warehouse … or the gulls we untangled last fall from a fish-pen net. But, in fairness, this location was difficult to see from any common vantage point in the neighborhood. It wasn’t until I was out the other day, photographing the arrival of Caspian Terns, that I noticed something anomalous.

This was my intended photographic subject: 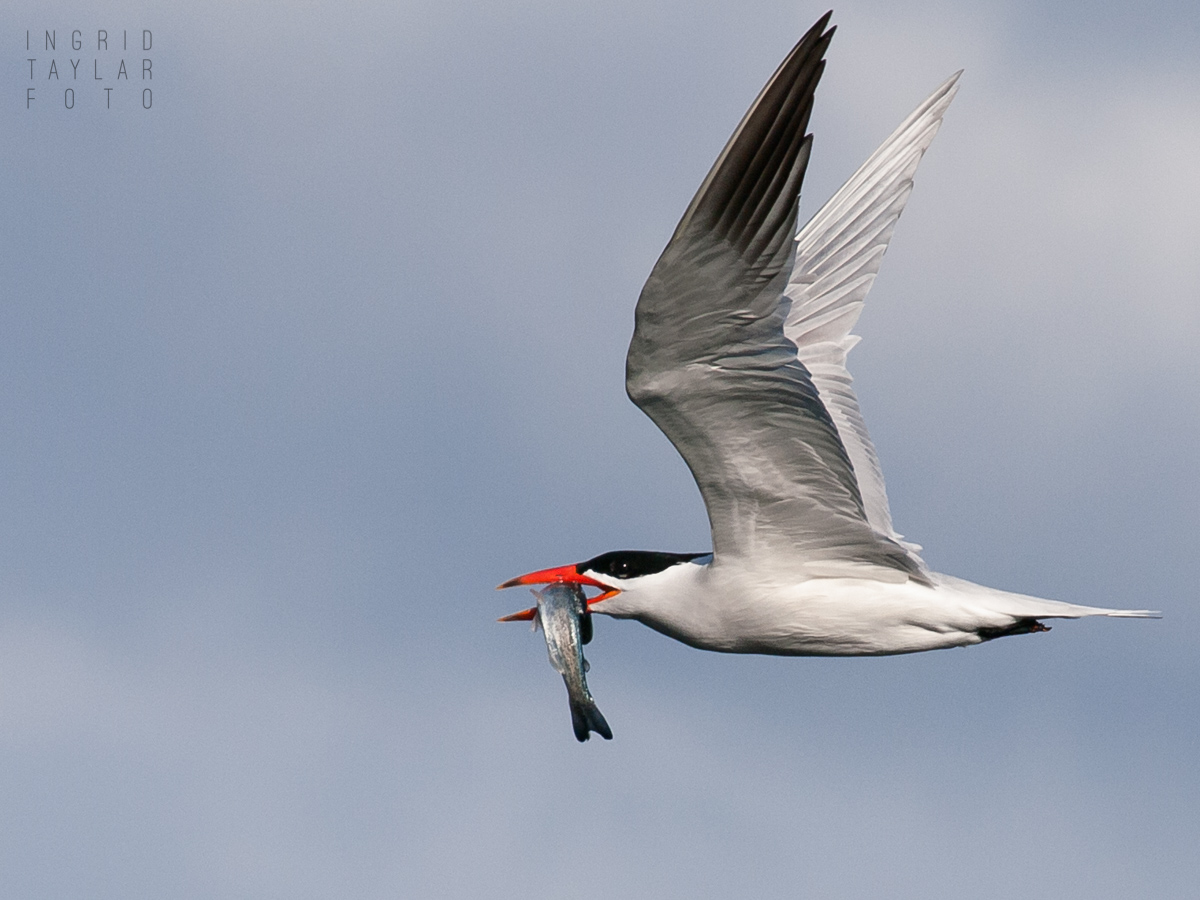 This is what drew my attention way in the distance, beyond the farthest reach of my lens — the verbal commotion of terns and gulls, and the telltale black berets of a growing colony of Caspian Terns on a warehouse roof. This is what I saw when I offloaded my pics at home: 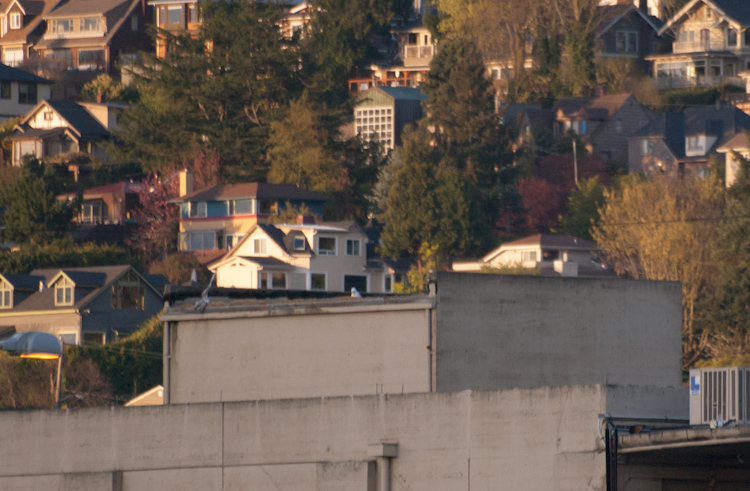 Which is this, after cropping: 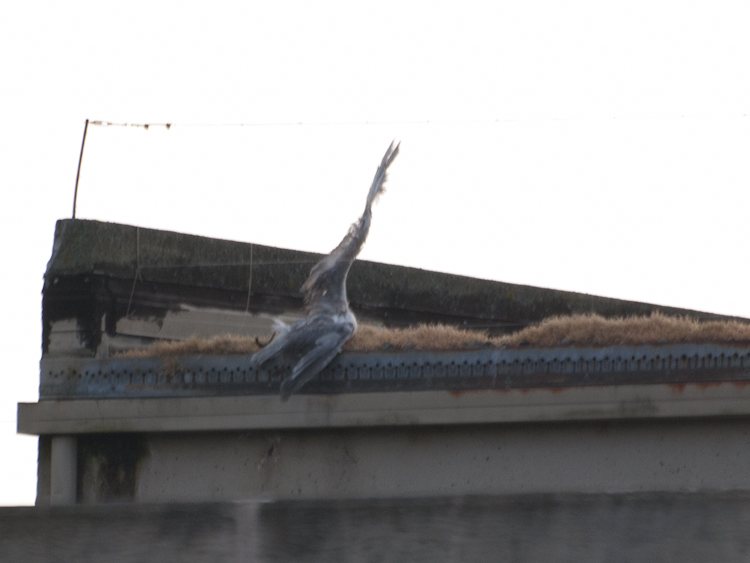 The gull appears to be long dead, but my brain works in such a way that I’d never forgive myself if I didn’t double check. So, my mate and I raced back to the spot with our binoculars, as the sun set behind the hill. We found a half-legit parking spot on this urban bridge, and I jumped out and did my best to ascertain the situation in low light. The gull was clearly dead, but there was another gull with its head and body contorted between a few of the same deterrent wires, on the same ledge. If left there overnight, my fear was that she would panic and get herself similarly ensnared in the wires.

We drove to the building and I checked every entrance, but employees had gone home for the night. I had ten minutes before the local wildlife hospital closed, so I called to see if they had any experience with retrieving tangled gulls in this area. I found a compassionate soul at the other end of the line who offered to help if I couldn’t get any assistance from the building staff the next morning. As often as I find injured animals, I still get a knot in my gut when I have to wait for a resolution. In this case, I obviously worried about the gull getting herself in bigger trouble overnight, and then what it might take to get the property owner to actually help us. The more exotic the species (raptors, say) the easier it is to get attention for the problem.

At sunrise, we headed back down to the location to check on the trapped gull. I scanned the area with binoculars. Somehow, the gull had figured out a way to free herself from the deterrent wire and, thankfully, no immediate action was necessary. We checked the rest of the visible rooftops and wires in the neighborhood, and saw gulls flitting in and out of the wire enclosures but, as far as we could tell, none were trapped.

I took some images of the scene, updated my contact at the wildlife hospital and told her I would notify the head office about the wire hazards. When she looked at the photos, she determined the situation deserved faster scrutiny from wildlife officials — given the onset of nesting season and potential entanglements. A huge colony of Caspian Terns also roosts alongside this particular location. 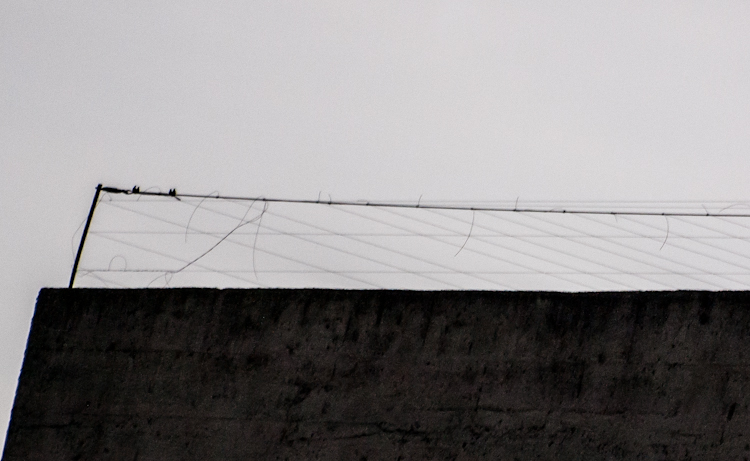 The kind person at the hospital initiated a cycle of inquiry with officials that I hope will include some changes on this particular building. I’ll follow up on the situation, and if there’s a great outcome, I’ll be sure to post the addendum. I was told by a local wildlife official that the worst time for them to pursue reports like this is during hunting season, when most of their officers are busy in the field, policing hunting violations. Perhaps the spring timing of this inquiry will work to the gulls’ advantage.

Of course, I hope I never see another gull or bird in this grisly situation, but, I have no expectations that I’ll be that fortunate. I do know I will continue to look up — permanently attuned to deterrent wires and rooftops, and to the tiny anomalies in my viewfinder at 600mm.