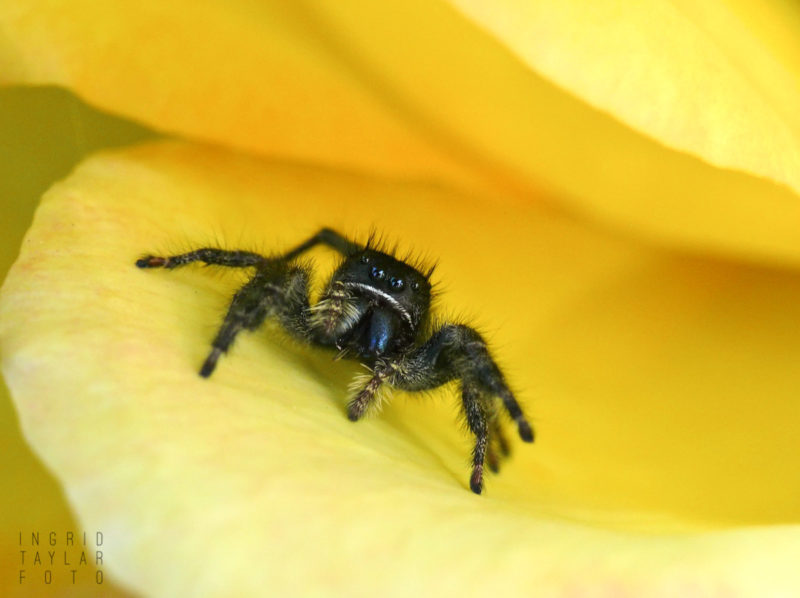 This jumping spider shot was not staged, but I needed a featured image for this post. 🙂 I photographed this beauty on a yellow rose, at the Berkeley Rose Garden

A friend of mine recommended 500px as an alternative to Flickr. Between Flickr, Facebook, Linked In, and my inactive Twitter account, I’m maxed out on social networking, something I’ve never been all that hot on, anyway. But, I meandered over to 500px because the interface is supposedly beautiful, and the community gets rave reviews.

The first thing I noticed was, of course, the vivid layout of the front page. It’s image driven, and the quality of the images appears to be pretty high, at least for the featured and rated shots. Popular images are rated by “pulses” … using an undisclosed algorithm to determine the popularity of a shot.

The next thing I noticed was how many of the nature photos looked a little unlikely, for lack of a better description — in terms of what you’d see in natural behavior or settings. I browsed through enough accounts to see that few photographers have a statement of ethics or methodology accompanying their shots. That’s not uncommon. But, in the case of photos where the scenarios depicted seem improbable, an explanatory statement would seem a fair request under the circumstances, even if no extraneous manipulations were used. (It’s no different at other photo sites, but 500px has a showcase that lends itself to browsing a variety of portfolios.)

Insects and Droplets – Real or Staged?

Among the more popular images are those insects-and-droplets macros. You’ve likely seen a lot of them, because they seem to be featured in almost every Facebook feed these days. They are macros of various insects species, shot in still poses, covered with droplets that are labeled as rain or dew, or not labeled at all. Some of the images appear to be stacked-focus shots, meaning the insects had to be still for at least a few setups and frames as the photographer layered the focus.

I’ve met photographers who specialize in insect macros, so I’ve learned a few things about insect photography. Some people work hard to get the image without any special effects, practicing patience, learning the insect’s behavioral patterns, shooting in the less active, early morning hours. But some of the other techniques used are: refrigerating or freezing bugs to slow them, using a spray bottle or spraying them with sugar water or glycerin for perfect droplets, staging the scene against colored backgrounds, putting the insects in situations where their actions are altered out of avoidance behavior.

A lot of people don’t share my sensitivity to sentience, which admittedly borders on the hyper-sensitive. I can’t personally freeze a bug for the sake of a photo, and I’ve been accused of misguided bug sympathy. Maybe. I met an entomologist in the field who himself didn’t have an issue with refrigerated bugs. But, even if people don’t share my proclivities, I think there should be more discussion about the level of subject manipulation that seems to be happening for “nature” photography … with most of it garnering lots of adulation, mentions on news sites, big-time contest wins, and very little scrutiny as to the methodology.

In one of the photo sets I was looking through, out of hundreds of comments on some bug-droplet images, only one commenter asked the photographer if he’d used any type of manipulation, such as refrigeration and spray bottles. That question went unanswered in the three subsequent pages of compliments.

I find it distressing, and am strongly against, people staging predator-prey scenarios for images. But I think macro staging also undermines nature photography ethics when photographers do not disclose when the animals have been refrigerated, sprayed, captured or manipulated for the shot. When one of the Snowy Owl photographers engaged me in a heated email exchange about field ethics, I mentioned to him that beyond the inherent issue of stressing the owls by approaching too closely, there were people rationalizing their actions by saying “well, he’s out there getting that shot, why not me?” His response was that he has no responsibility for others’ actions or reactions.

With respect to interaction with nature, none of us photographs in a vacuum. When I’m in the field with my camera, I see myself as an emissary for wildlife and for wildlife photographers. I feel awful if I make a mistake in this regard. I also realize that standing on a holier-than-thou platform isn’t going to influence anyone, especially since we all make mistakes or breach a personal boundary at times, myself included. This is especially true if it’s someone whose nature photography isn’t influenced by a profound love of nature.

Your thoughts … on bugs, droplets, nature or awards? 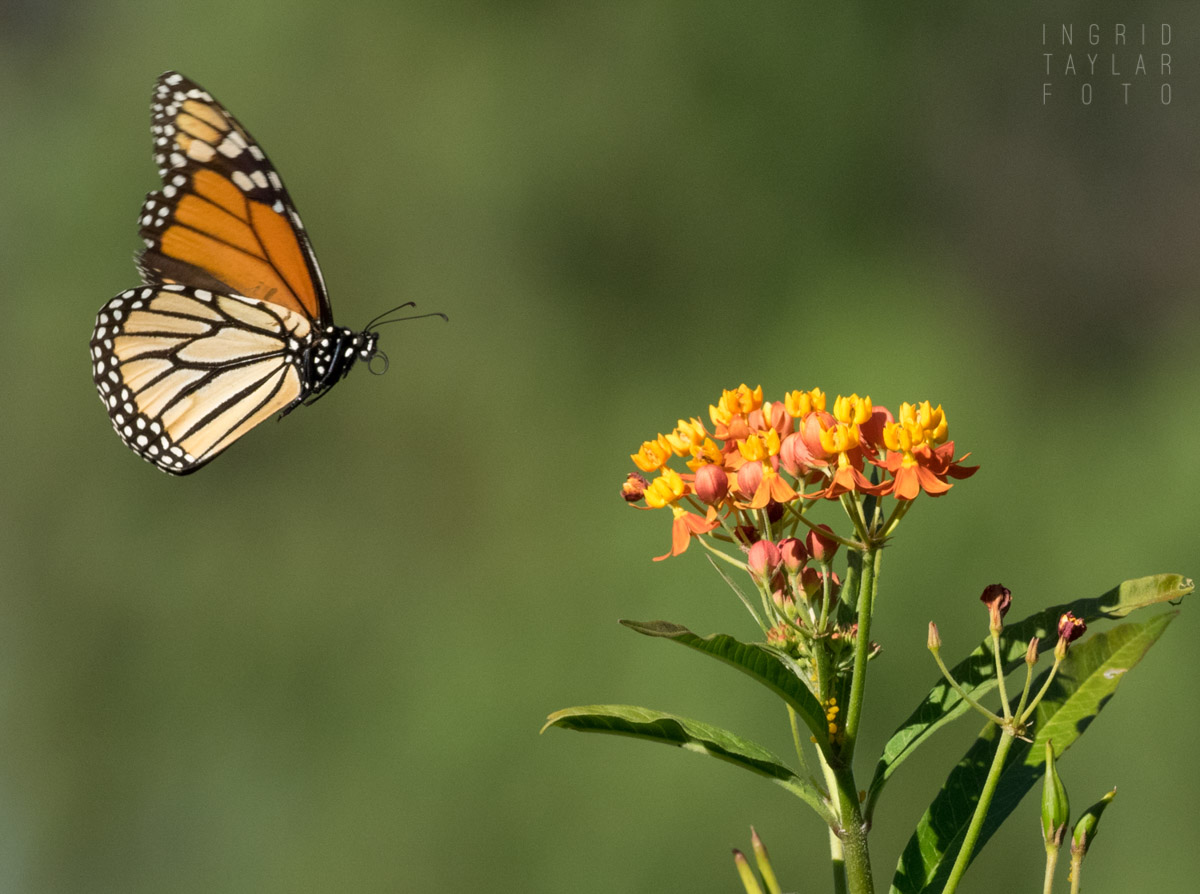 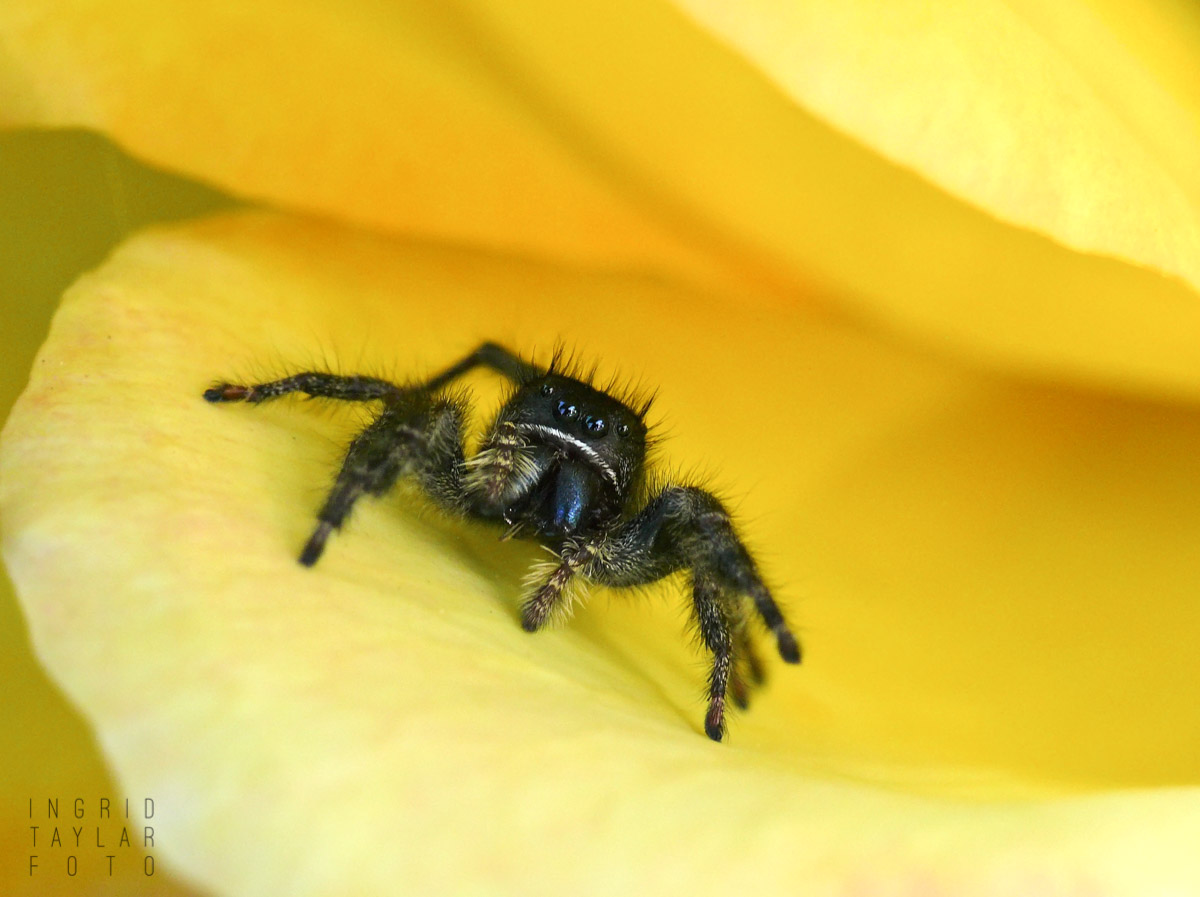 Be a Bird-Friendly Beach Human

Q & A with International Bird Rescue