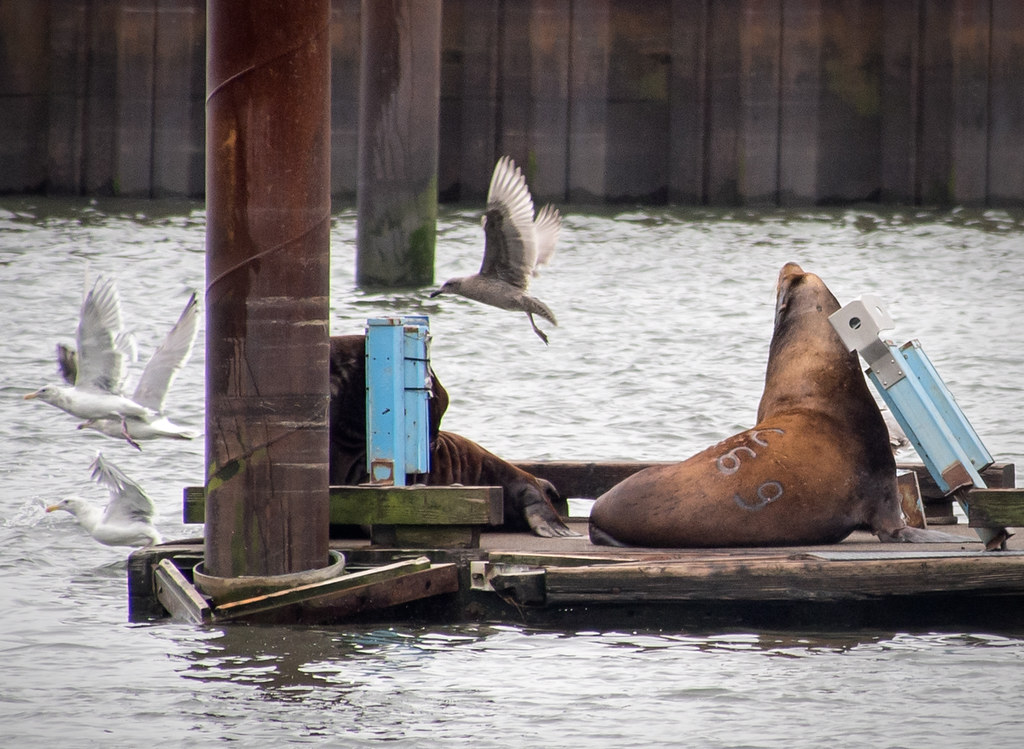 Because this is happening a few hours from home, I’m posting to bring some attention to the issue. I haven’t included any graphic photos, but the subject matter is the hazing and culling of California sea lions.

Just south of our Washington border, in Astoria, Oregon, the Department of Fish and Wildlife (ODFW) is trapping and branding sea lions at the Bonneville Dam on the Columbia River. I’ve been following the story on Facebook, at the Sea Shepherd page and the Sea Lion Defense Brigade page.

Sea lions are being targeted for their catch of salmon at the dam. These marine mammals are often blamed for the problems which have, at their genesis, human technologies or practices: we built the dams, we destroyed wetlands, over-developed, polluted rivers, over-fished and thus depleted salmon numbers to these endangered levels. 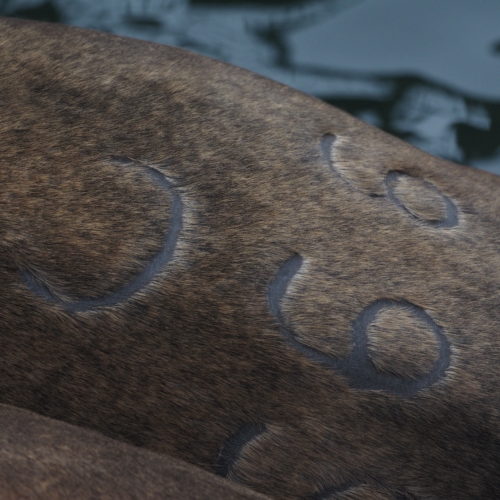 According to Sea Shepherd and the Washington Department of Fish and Wildlife, sea lions take just between 0.4% and 4.2% of the salmon run below the Bonneville Dam each year. According to the WDFW document, the sea lion take was 1.8% in 2011 and 2.2% in 2010. These are other numbers cited by Sea Shepherd:

The states of Washington and Oregon applied for exceptions to the Marine Mammal Protection Act in order to carry out hazing and lethal control of the sea lions they deem problematic. Part of the methodology is to brand sea lions and then track the ones who refuse to budge from the food source at the dam. Those sea lions can then be killed.

If you read some of the local Oregon news reports, a preponderance of the reader commentary is in favor of the branding and the lethal culling. As with any online discussion, it’s tough to know how many comments are legitimate or scientific, how many come from fishermen who have a vested interest in the sea lion cull, or how many commenters are just trolls. The heat generated by salmon issues in the Pacific Northwest leads to the most vitriolic of sentiments about sea lions who effectively compete for the resources we humans want for ourselves.

Sea Shepherd and Dam Guardians are asking people who oppose these particular methods by ODFW to contact both the Governors of Washington and Oregon and let them know of the opposition to these practices. If you’re in the area and are so inclined, you can also volunteer as a Dam Guardian, to observe and document the sea lion cull. Contact information is posted here at the Dam Guardians What You Can Do page.

Edited to add (3/29/13): Here’s that contact information. People have been posting their objections to the governors’ Facebook pages (listed below) — most numerously on Governor Kitzhaber’s page.