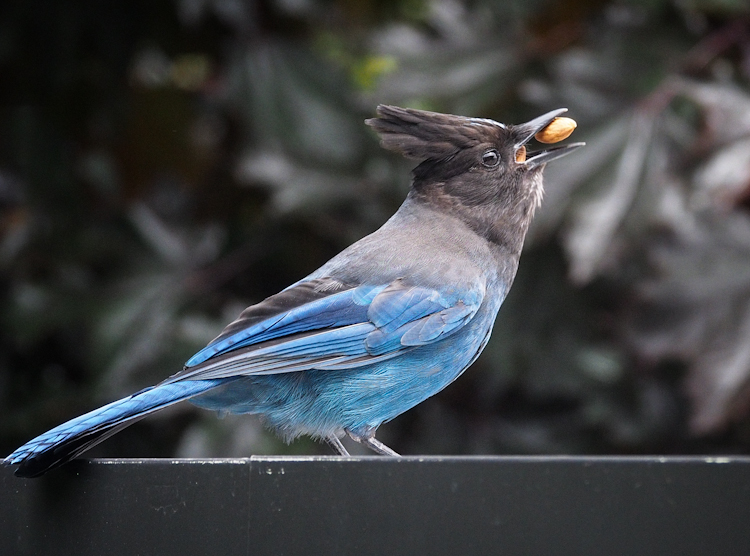 We don’t have a bird feeder at our apartment, so my limited interaction with hyper-local birds has been watching two Steller’s Jays hoard and cache the products of their foraging around the neighborhood.

Jays are obviously gregarious and tolerant of human presence. They were among our favorite baby birds to feed at the wildlife hospital because of their outgoing personalities. Of the two jays who come around our place, one is more bold than the other, often standing on the rail outside my kitchen window staring in at me and my Mac. We think this jay might have been fed from the back door before we moved in. I will put out a few almonds on the deck when he taps on the window.

About the time these jays showed up, I’d just read a 1999 study from the University of British Columbia which showed how Steller’s Jays benefit Garry oak ecosystems by stashing acorns which are then protected from other foraging animals. Of the acorns not predated by animals, the ones buried by Steller’s Jays had a much lower mortality than the acorns left on the surface. So, among the recommendations for protecting Garry oak stands, were these two relating to Steller’s Jays:

I love finding nuggets like the above because birds like Steller’s Jays are sometimes maligned for ‘stealing’ fruits and nuts from trees. Although they appear to have accurate recovery of cached sources, some buried seeds obviously remain to germinate. And, the cycle of caching nuts has a hierarchical aspect I observed while living at tree level in our previous Oakland digs. The cycle we most often saw was:

Although my personal observations were informal and anecdotal, there was always a percentage of buried treasure that was never recovered by any of the foraging animals.

Jays are high on my list of favorite birds, as are all corvids. Every time I look at a Steller’s Jay, I’m fascinated by the variations in plumage — the hints of blue apparent on one day that were subdued by Northwest clouds on another. I love the changeability of their crest, morphing from tiara to greaser in an instant. More than anything, I appreciate the linkage these two jays provide … between my urban, modernist domicile, and the slightly more bucolic one I knew and will know again.

An American Crow in Seattle 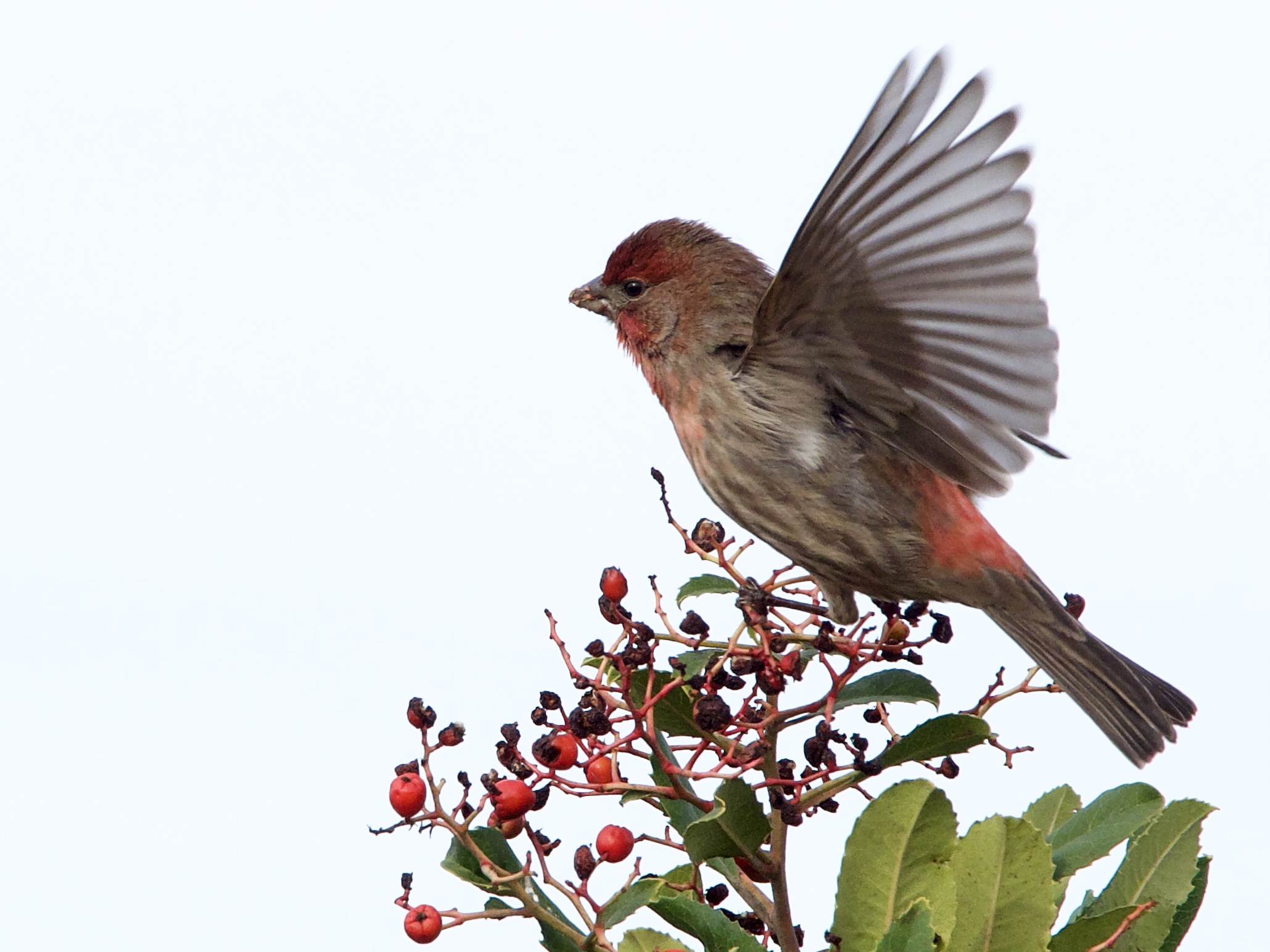 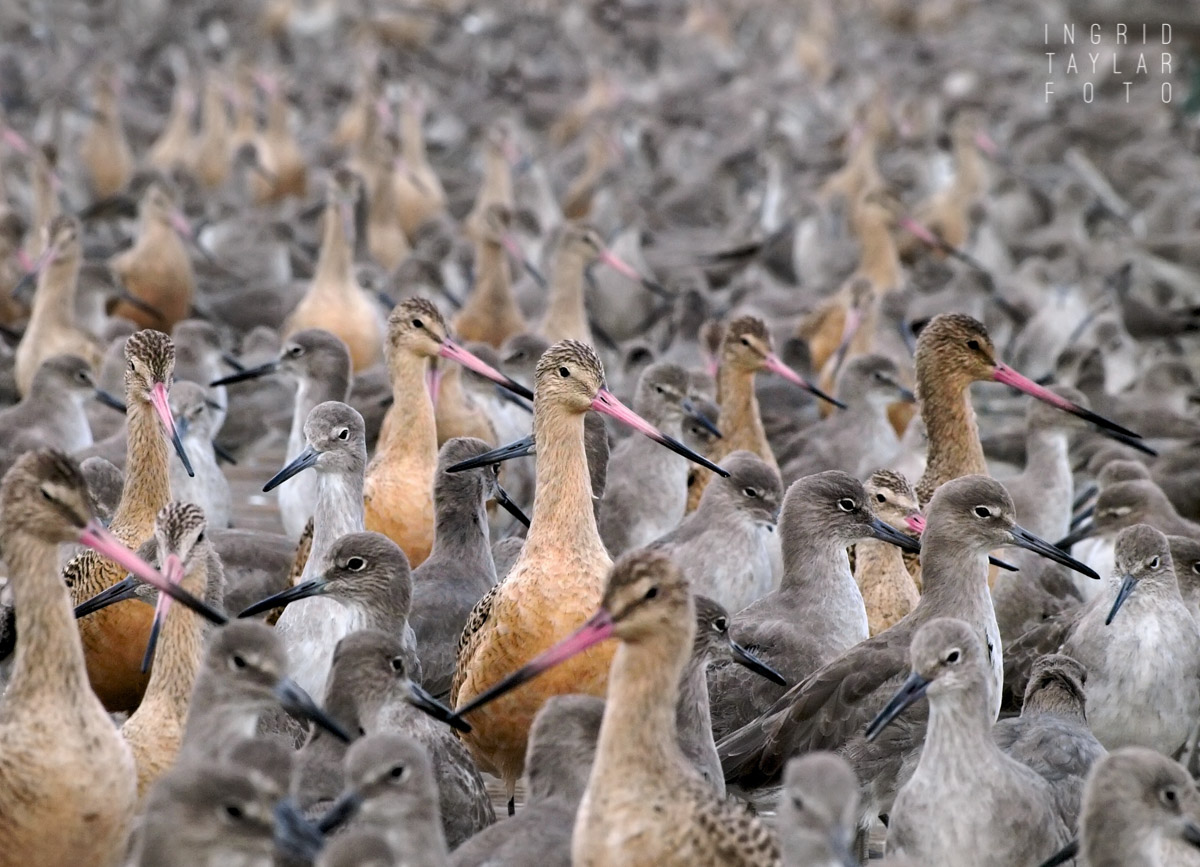 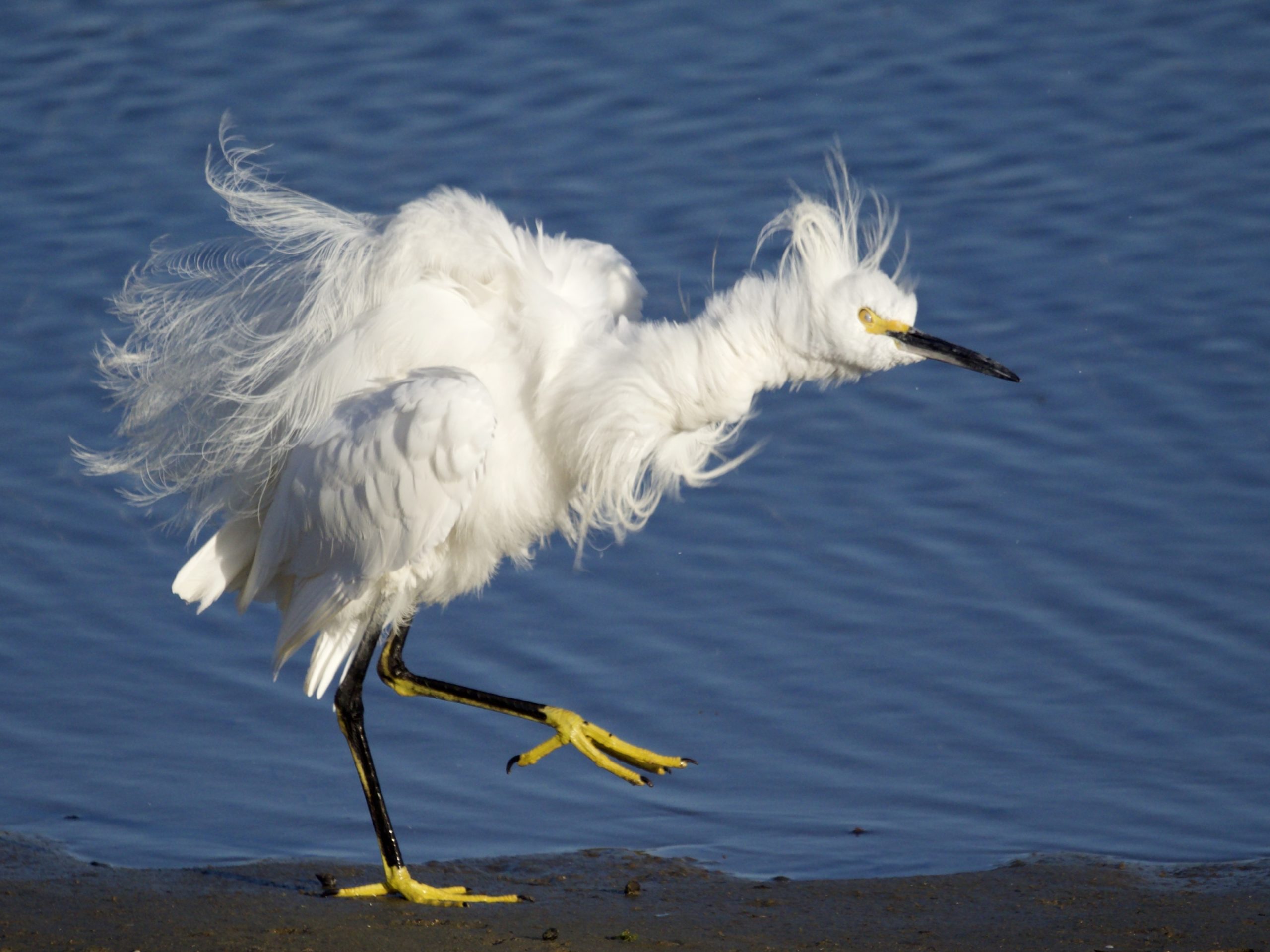