I came upon this scene in Southern California … a Common Raven perched on a roof, sustaining repeated mobbing attacks by a Northern Mockingbird. Likely, the raven got a bit too close to the mockingbird’s nest.

Whenever I come upon these mobbing scenarios, the intruder appears unaffected by the attacks, even as they’re getting grazed by a beak or claw. That stoicism usually gives way to annoyance, maybe a few snap backs at the mobber. And eventually, in most cases I’ve seen, the intruder leaves the scene.

The mobbing isn’t just effective from the standpoint of deterrence and attack. If a predator sidles in quietly, a noisy mobbing will draw attention to the interloper, and undermine a stealth attack. A study in Springer’s journal Behavioral Ecology and Sociobiology found that mobbing “gives male birds the chance to show off their physical qualities in order to impress females,” and might also teach youngsters how to distinguish between friend and foe. 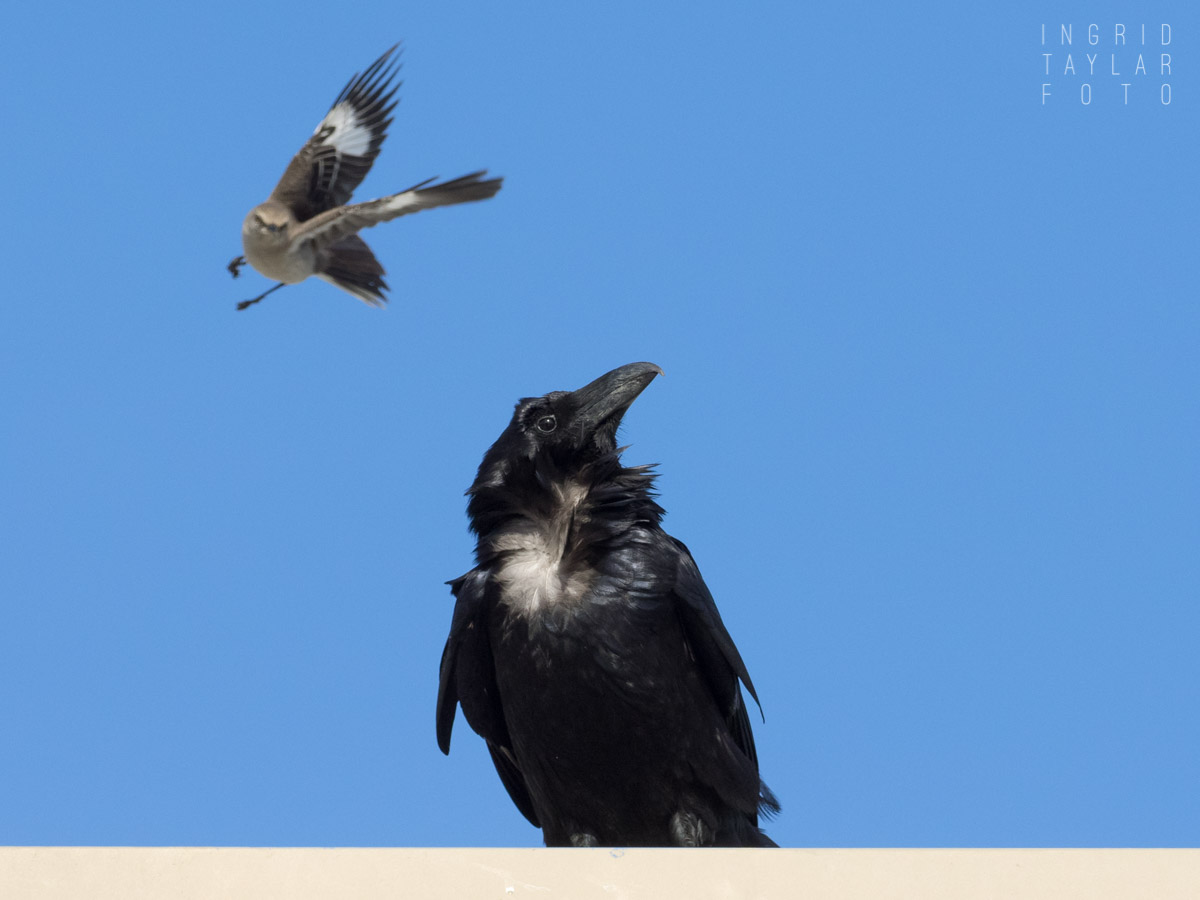 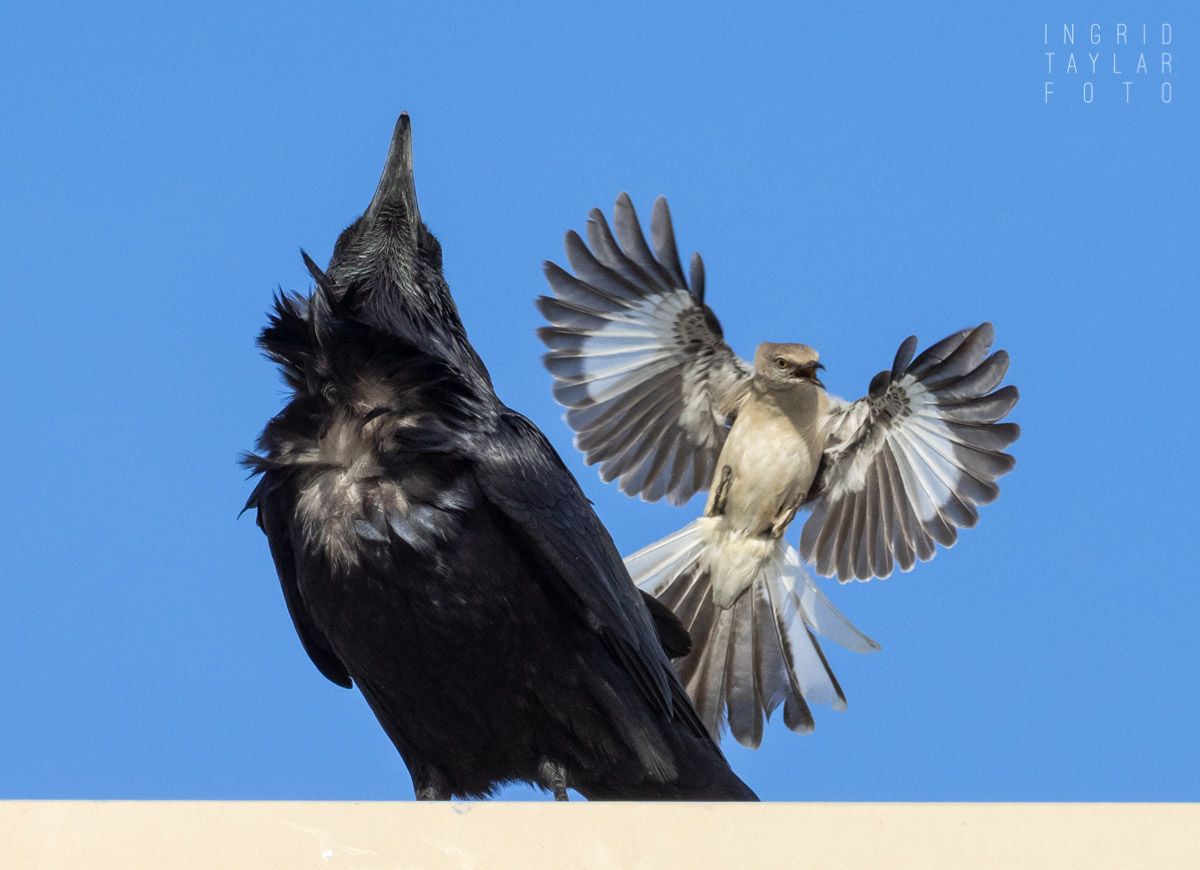 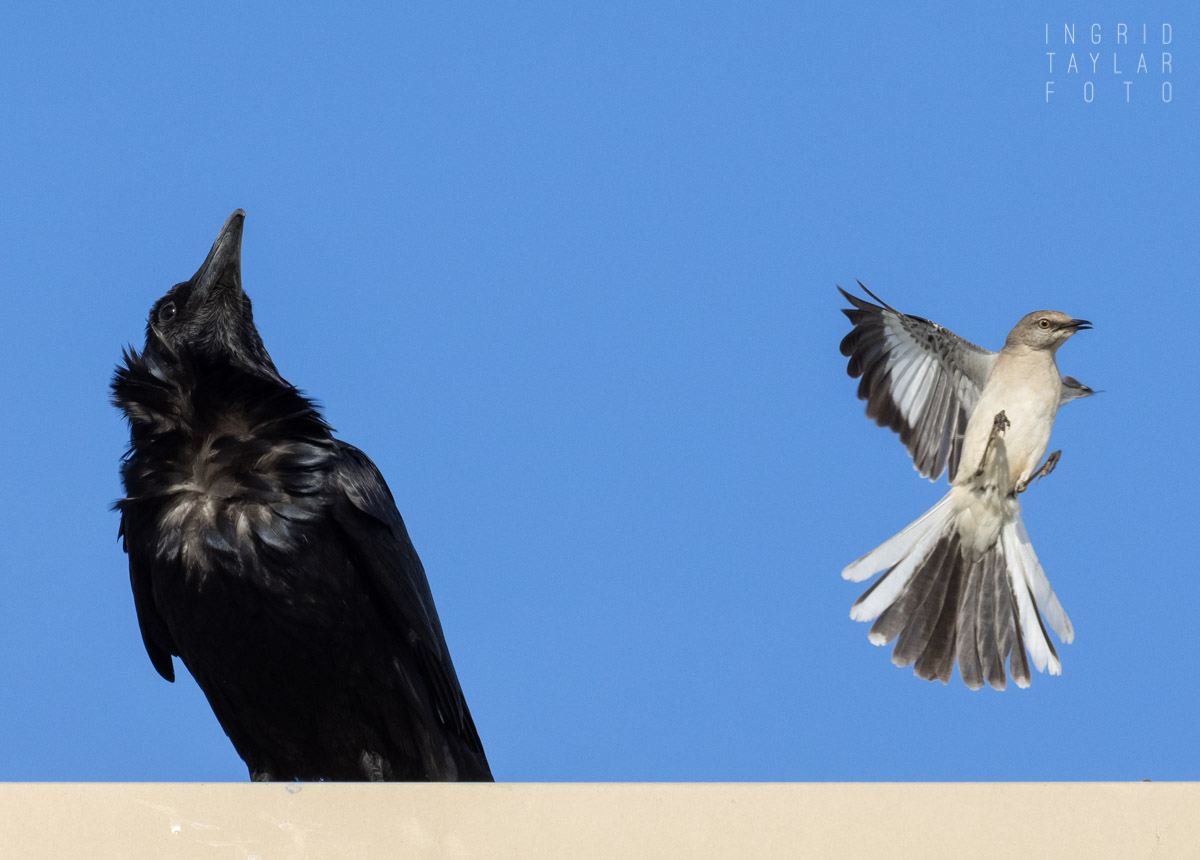