With Pacific Northwest bird IDs, there’s some confusion over whether the crows you see are American Crows or the birds known as “Northwestern Crows” — similar in appearance but genetically distinct. The consensus seems to be that wherever Northwestern Crows might have existed, they’re now so interbred with American Crows that there isn’t really a difference. In other words, even if the crow isn’t pledging allegiance, you can pretty much consider him (or her) an American Crow. 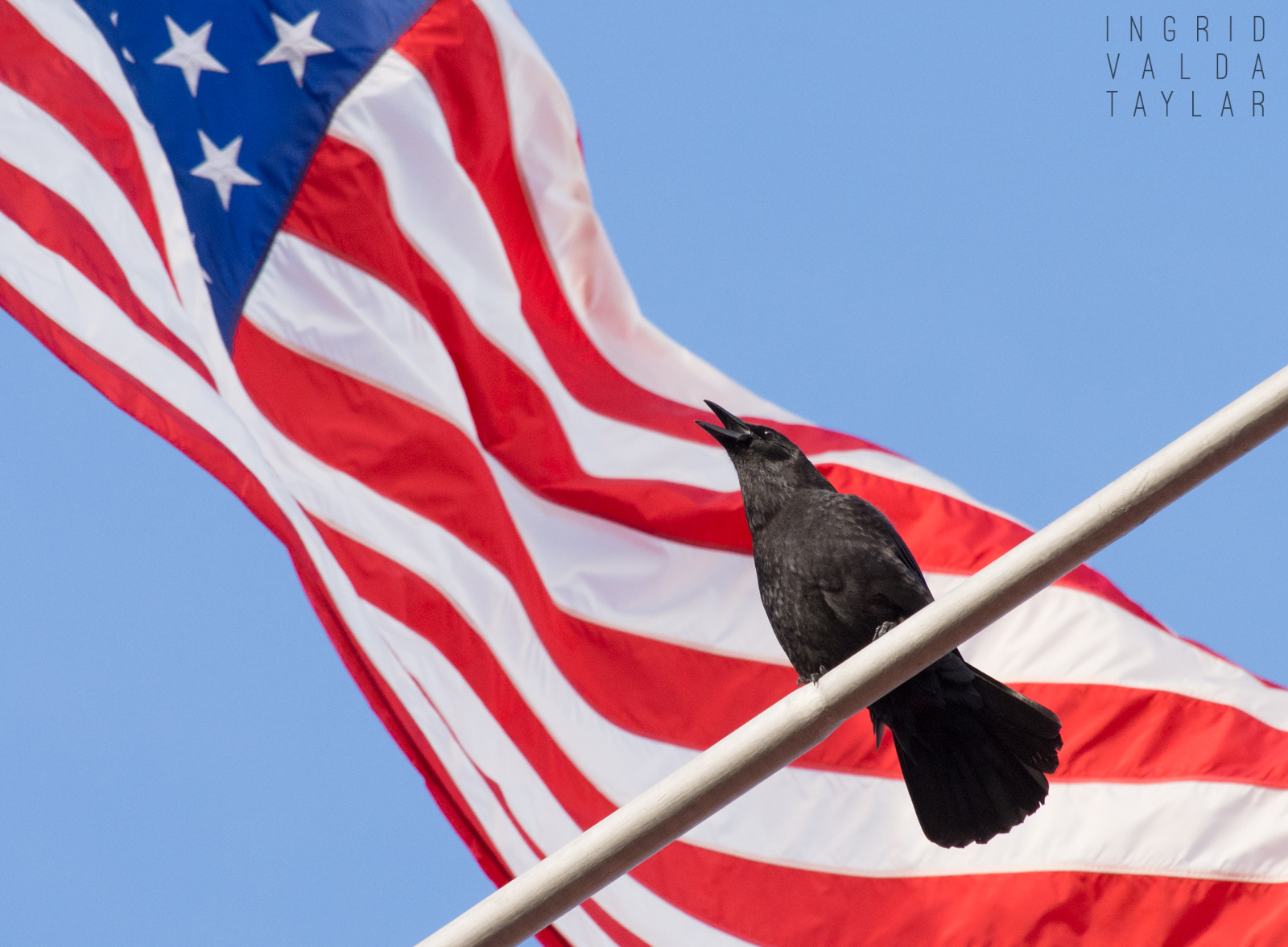