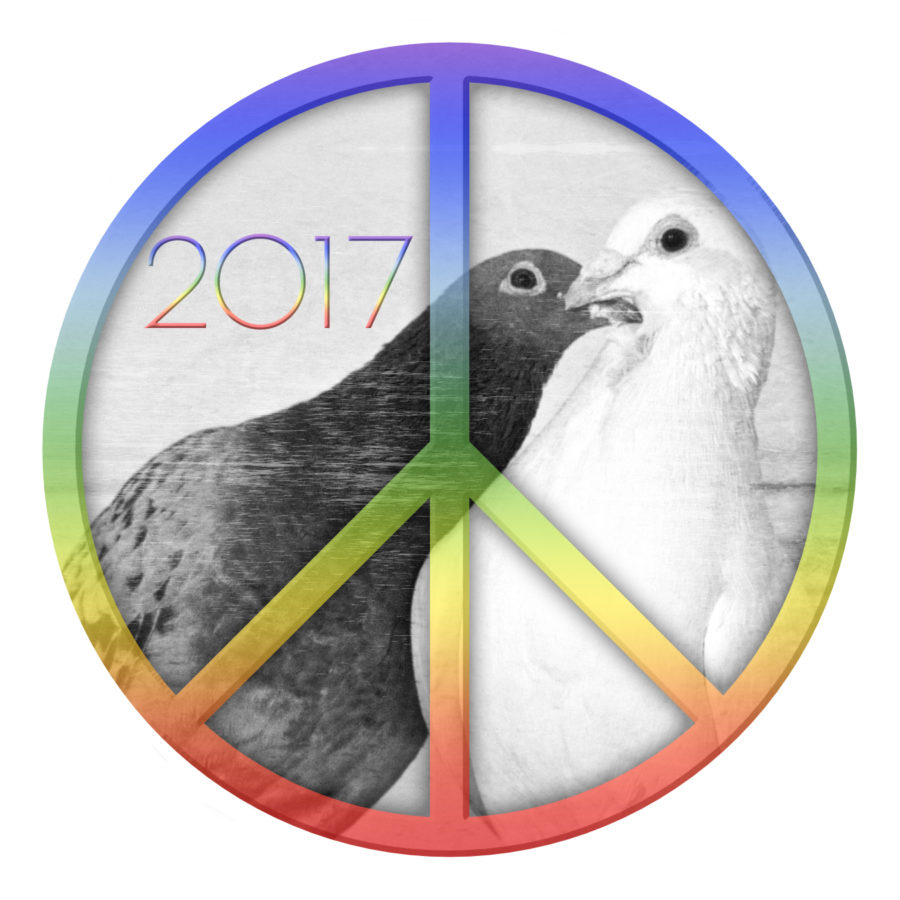 I chose the peace sign because of how the artist originally conceived it … and then transformed it, from a symbol of anguish to one of aspiration. The creator, Gerald Holtom, described it this way:

“I was in despair. Deep despair. I drew myself: the representative of an individual in despair, with hands outstretched, outwards and downwards in the manner of Goya’s peasant before the firing squad. I formalized the drawing into a line and put a circle around it. It was ridiculous at first and such a puny thing.”

Holtom later said that he had a “revolution of thought.” He realized that if the sign were turned upside down it could be seen as a tree of life and a symbol of hope.

“Furthermore, that inverted image of a figure with arms stretched upwards and outwards also represented the semaphore signal for U — Unilateral.”

When I read this description, it infused new meaning into an image that was ubiquitous when I grew up — a symbol many of us kids of the 60s and 70s sewed into our jackets and bell bottoms (along with the extra flare). What I wish for most in 2017 is that wherever and whenever despair does overtake, we can find the strength to turn it right-side up into Holtom’s tree of hope and peace, and create something new, maybe even something better … an ongoing revolution of thought and purpose.

Several years ago, I wrote about these two pigeons who came into our lives, the White and the Blue. Pigeons are beings of such gentle disposition, yet they face disproportionate adversity in this life. For me, they are the perfect symbols of peace and compassion. They are considered by many the lowest of the birds, trampled underfoot on city streets, often harmed without a thought. But they are survivors. They rise above their hardships and walk among us as peaceful emissaries of their kind. How could I choose anything but pigeons to represent the most powerful yet placid idea of unity and conciliation? Peace.