When I look back over my archived wildlife images, I often wonder what became of the animals I photographed. I think about how, in most cases, I captured just a moment of their entire story. The rush of what they experience on their flyways and byways must feel like ten lifetimes in one. I always hope that they’re thriving somewhere, getting enough mud worms, finding a mate, raising their kids, and staying away from harm.

So, when I come upon a banded bird, it’s an opportunity to get a bigger piece of that missing life story. I photographed this banded American Avocet a few years back but never posted about her. It’s difficult, and sometimes impossible, to see the whole number on these small, federal bands if you don’t have the chance to shoot multiple angles. I was fortunate to have enough time with her, to capture several different images of the leg band. That turned out to be key in my exchange with the banding office. 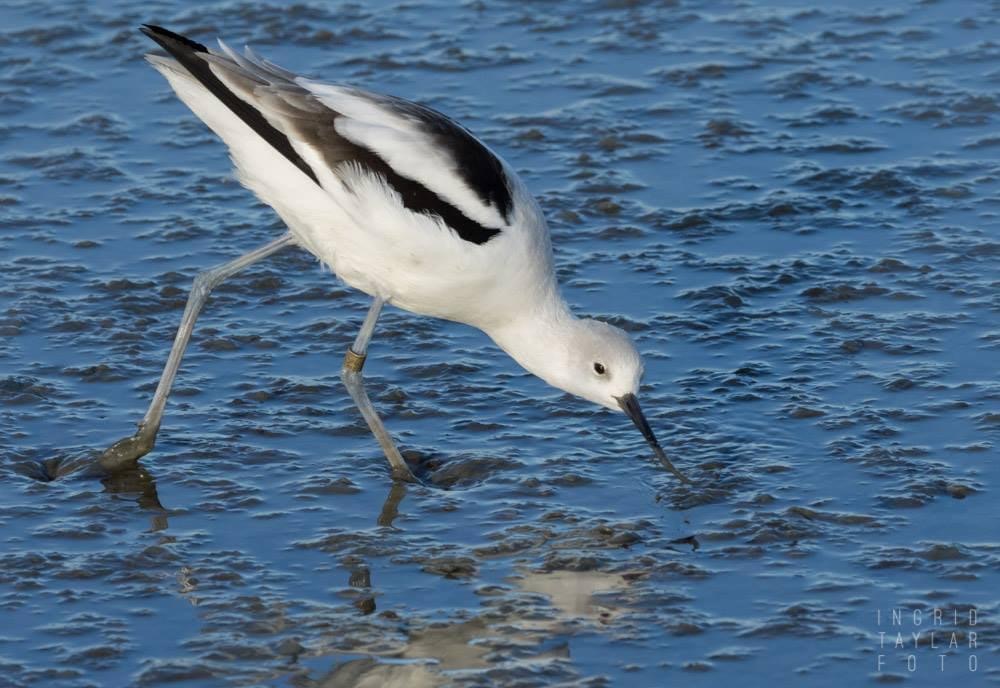 When I reported the band, I received this response:

“When we compared the data for this encounter report to the banding data and other recovery data for the same species, we found that the age of the bird is unusual.

To ensure we have received the correct information before processing the report into our database, we are requesting you to verify all details of the encounter report that are included below and in your response please indicate if data is correct or not.”

That was exciting for me, to think I might have encountered an individual who’d made it through the time, travel, and travails of a more senior bird. I submitted these additional band angles, to confirm the full band information.

You can see the multiple angles sometimes necessary to read the full band. 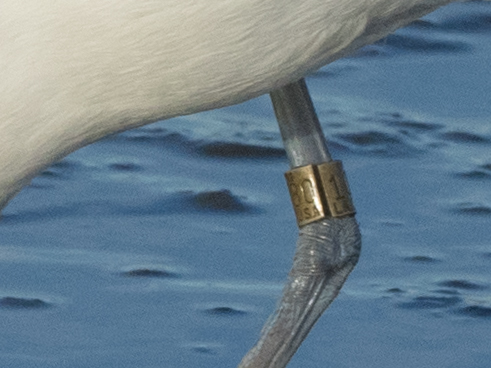 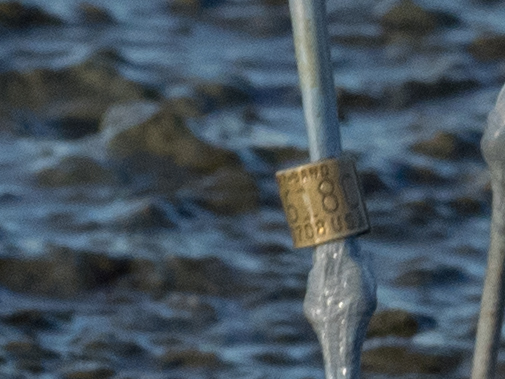 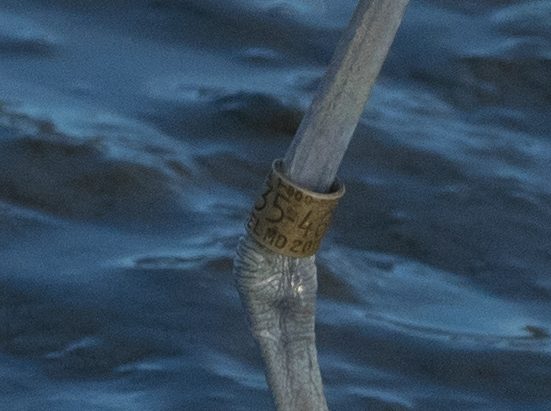 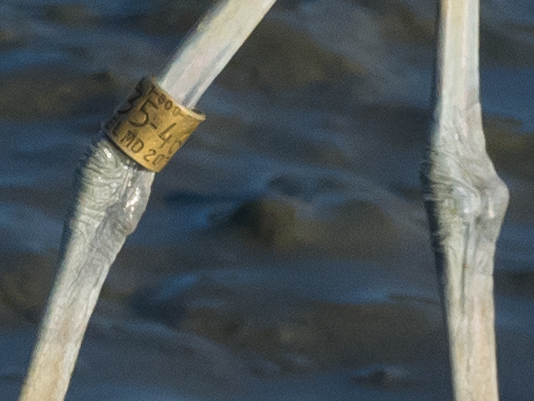 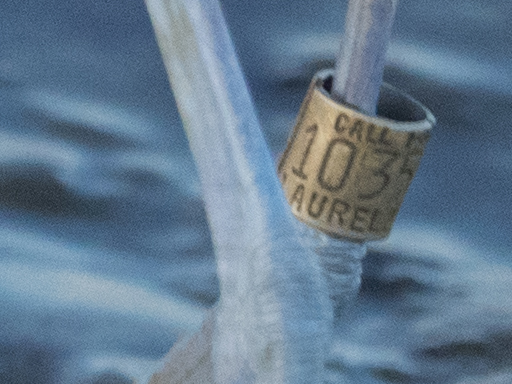 The information I received in return was: female avocet, banded in 2006, and hatched in 2005 or earlier. That would make her at least 12 years old at the time I photographed her — a matriarch among avocets. She was banded in Mountain View, very close to where I saw her 12 years later.

I believe the oldest recorded wild avocet was 15 years, but the true longevity in the wild is not known. Just considering what this bird might have seen in the years between her banding and today, puts me in the middle of a tale I so wish she could tell. 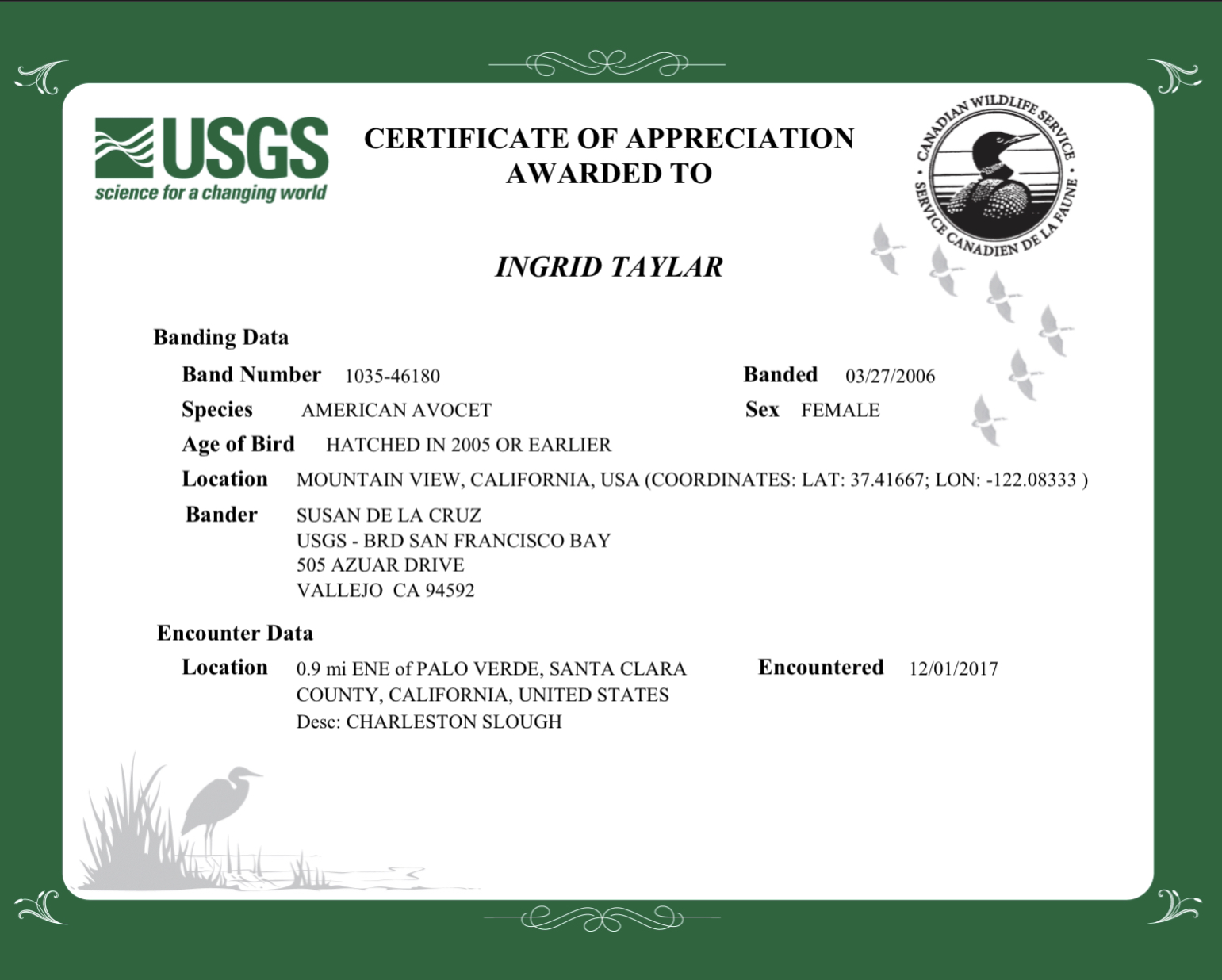 [Photographed from a distance with my Olympus 300mm, processed RAW file in Lightroom]