I’m not a big fan of Descartes. In spite of his genius and complexity, he held some mechanistic views toward nature and non-human animals.

Shared by Herikvioleta at Deviant Art

But I’ll give him some love for this explanation of rainbows I recently read at the UCAR website. He simplified the study of a rainbow to one rain droplet — and how light refracts through that droplet. Through this explanation one can see a viable model for how, when and why those ribbons of color emerge over hills, skylines, the San Francisco Bay Bridge — and, of course, pots of gold.

These images include some rainbows and just some sunset shots captured at Pier 14 yesterday.  There are some variations due to my spot metering. But for the most part, Gaia did the work. The evening sky transformed from grays to greens — from golds to reds — and finally into twilight blues. I shot these with two cameras, my Olympus E-520 and a little point-and-shoot Panasonic Lumix (my FX500).

I posted this photo below at my Flickr site. Another Flickr user commented that he was on board the vessel in this image (the Sunset Hornblower) for a wedding party last night. I love Flickr.

Sunset Hornblower Under a Rainbow – ©ingridtaylar

If you look to the left of the brigher rainbow segment, you’ll see a second, more faint spectrum of the double rainbow. 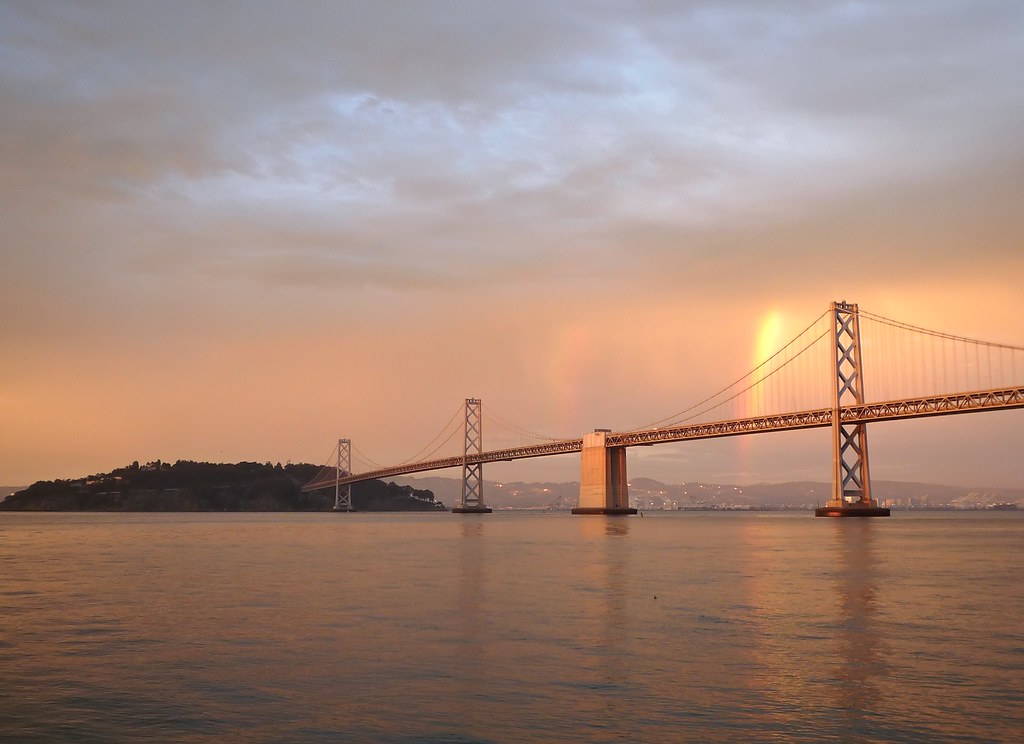 Traces of a Double Rainbow – ©ingridtaylar 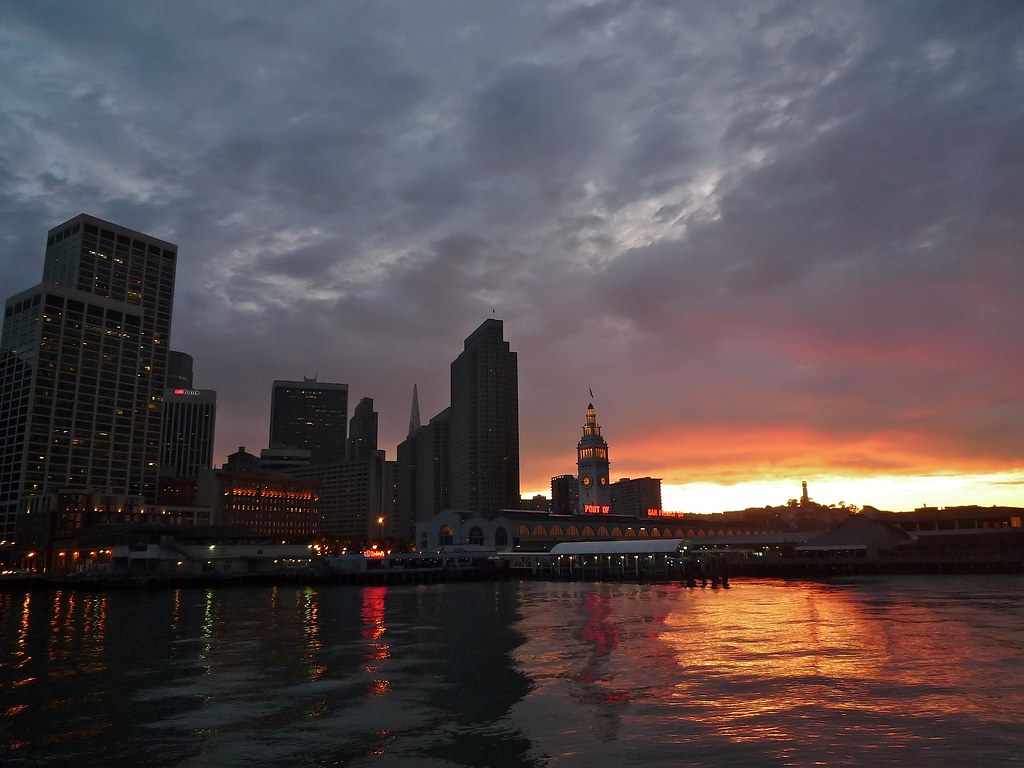 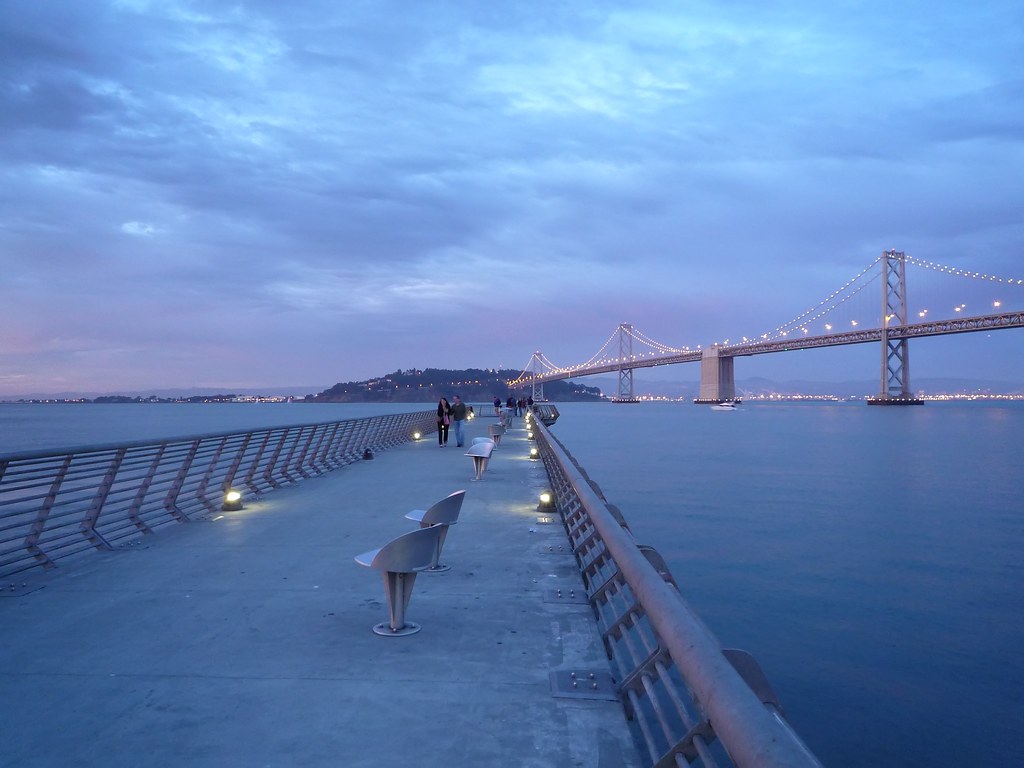 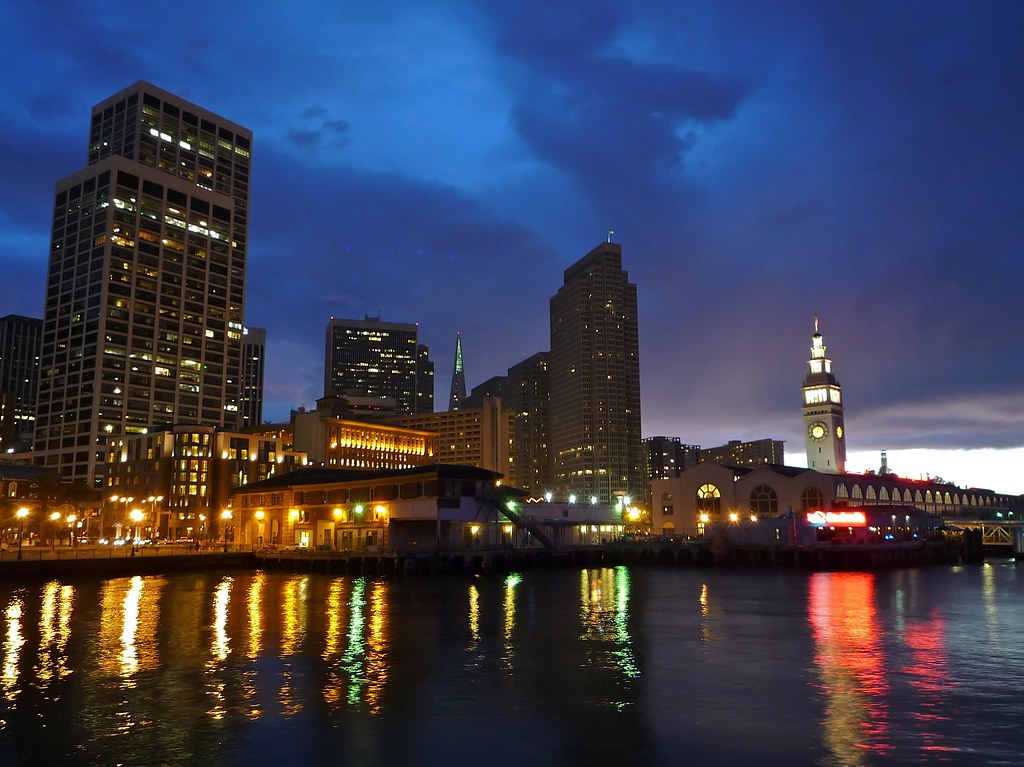