I believe this interaction was a territorial display between two Northern Flickers. Their routine was on a continuous loop for about five minutes, performed on utility cables strung across our view of the city.

Aggressive displays such as “bill directing” or “bill poking” are used by flickers. That is, a flicker may point his bill at a rival with his head inclined forward, or actually peck at an opponent. A more aggressive display is “head swinging,” whereby a flicker will use side-to-side movements of his head and body against an opponent. There is also a “head bobbing” display that may be used. Sometimes tail spreading accompanies head swinging or bobbing displays (Short 1982, Bent 1992).

I shot the scene in near silhouette on a rainy day, with too slow a shutter, and with intense backlight diffused through clouds. I got creative with a few Lightroom controls and Nik Color Efex … just to squeeze a bit of life from otherwise dull and distant images of this animated exchange. 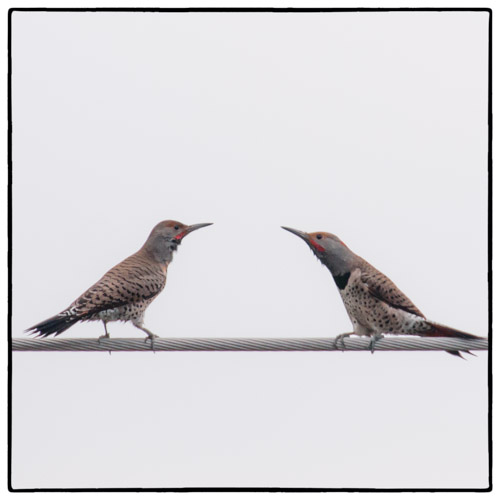 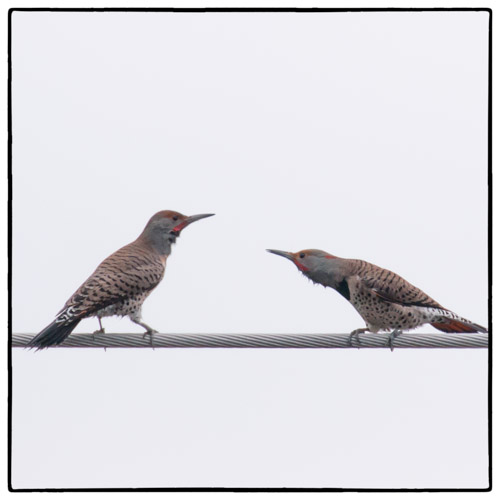 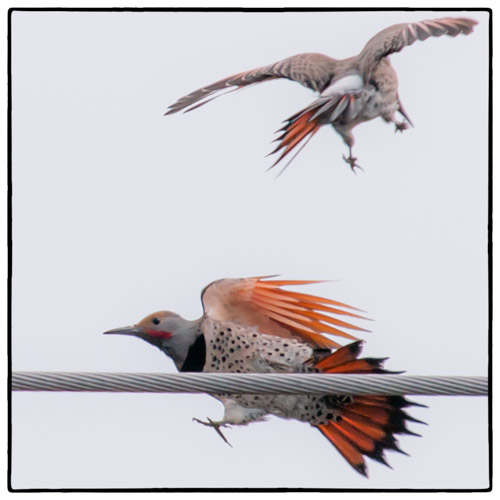 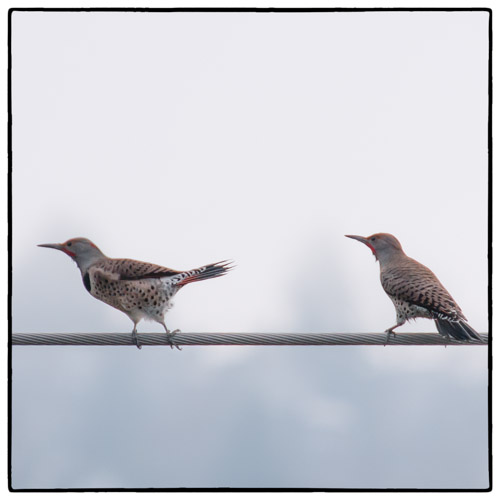 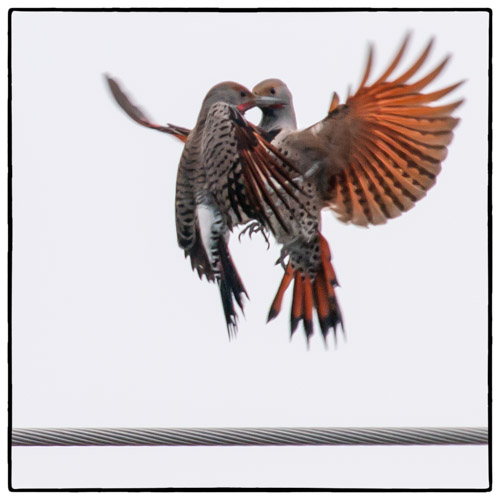