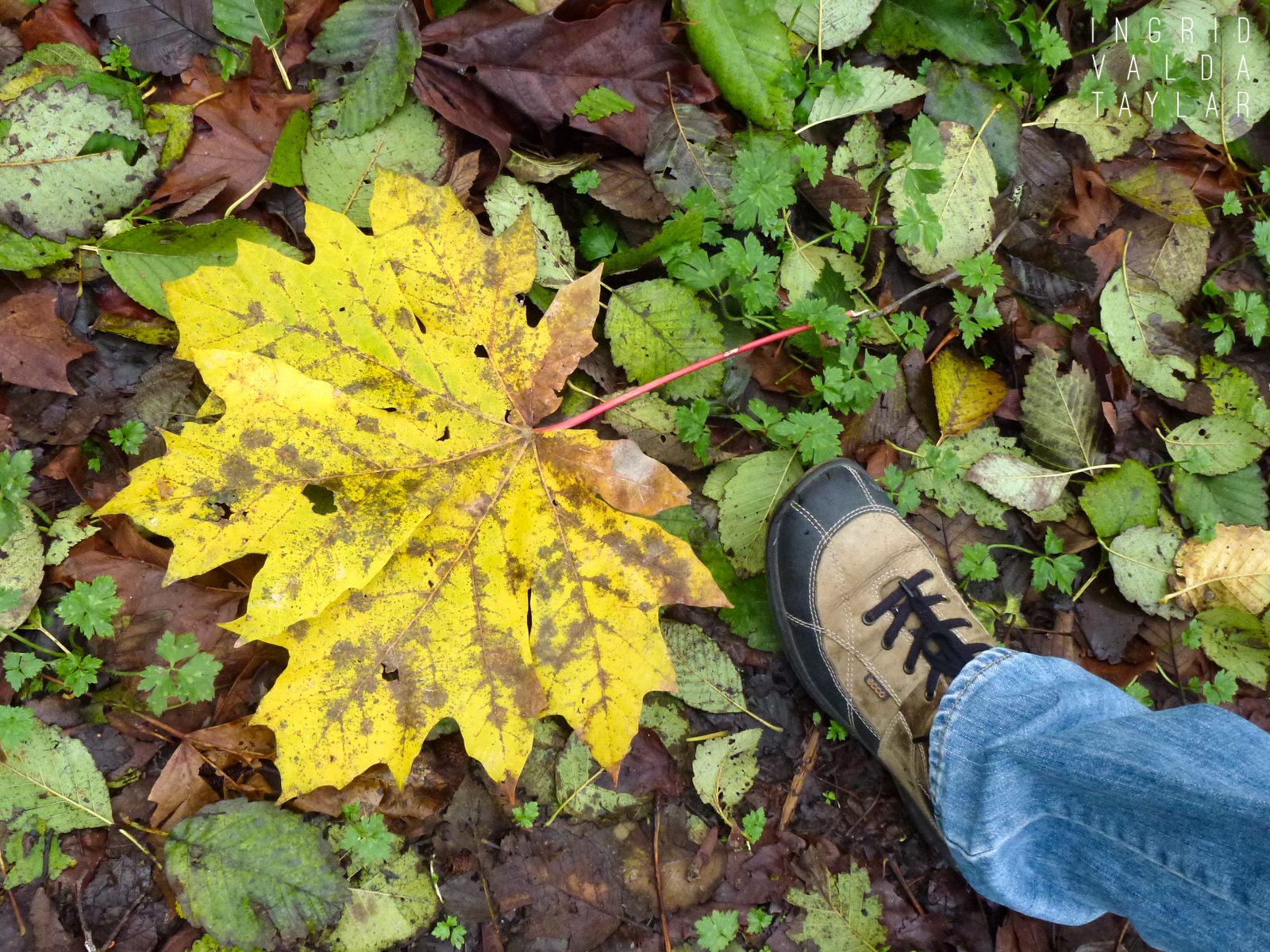 For perspective, Hugh’s shoe in this photo is about 12 inches. I photographed the fallen leaf in our local green space, Discovery Park. It wasn’t until I started looking at world-record maple leaves that I realize this particular one — although not a record setter — is in the ballpark (or tree park) of some of the largest. The current record is around 21 inches.

I’m indoctrinated to not remove anything from parks or beaches, so, unless a dog walker or jogger was similarly mystified by its size, this low-lignin maple leaf is decomposing and releasing its stored carbon back into the cycle.

A related note: scientists at MIT analyzed the rate of leaf decomposition to determine how this rate factored into climate change and carbon dioxide release:

In general, the researchers observed, warmer climates tended to speed the decay of all plants, whereas colder climates slowed plant decay uniformly. The implication is that as temperatures increase, all plant matter, regardless of composition, will decay more quickly, with the same relative speedup in rate.

The team also found that plant matter such as needles that contain more lignin — a sturdy building block — have a smaller range of decay rates than leafier plants that contain less lignin and more nutrients that attract microbes. “This is an interesting ecological finding,” Forney says. “Lignin tends to shield organic compounds, which may otherwise degrade at a faster rate.”