I shot this photo at Ocean Beach in San Francisco, during a break in one of last winter’s storms. The winds buffeted the bluffs so hard, the ravens were flinging themselves into the headwinds, stationary — suspended in space with just a few navigational tweaks of feathers. They’d land back on the bluffs and start the process all over. They’re so transparent. We know how fun this is.

Check out the story of Shade, the search and rescue raven for some insight into raven intelligence.

“Control tower this is Corvus Negro 731 requesting clearance on final approach we have landing gear down and locked. flaps extended and down 10% airspeed on nominal glideslope, are we green for go?” 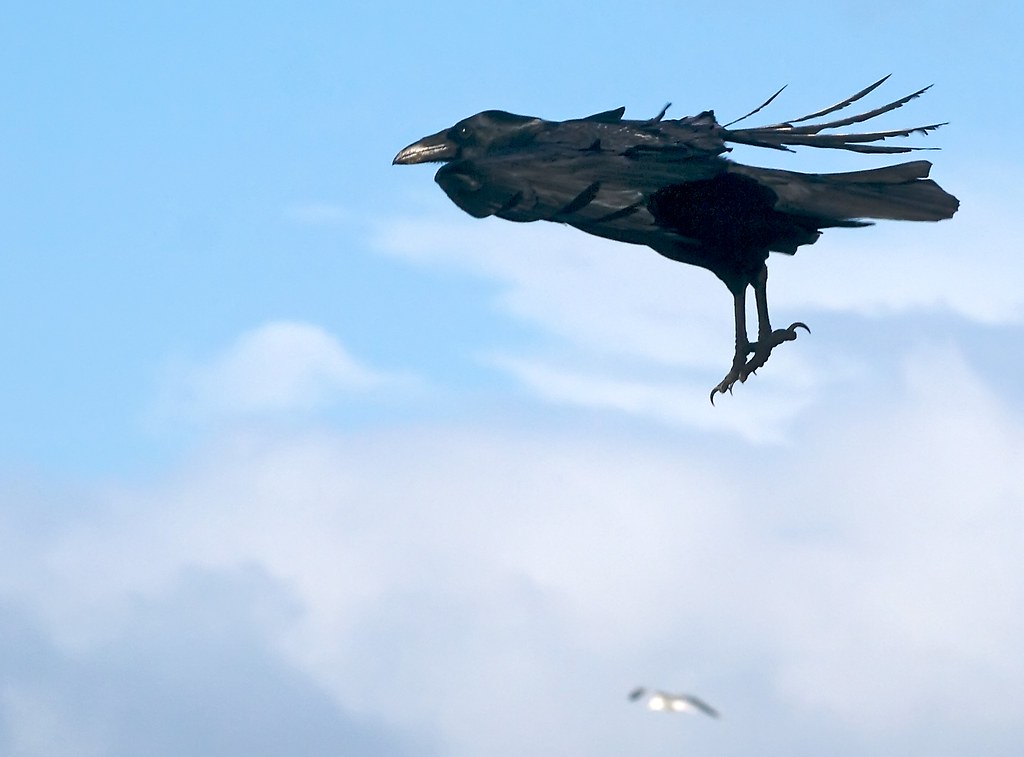 Related posts: A Murder of Crows | The Ravens of Ocean Beach | The Expanding Universe of Creative Commons