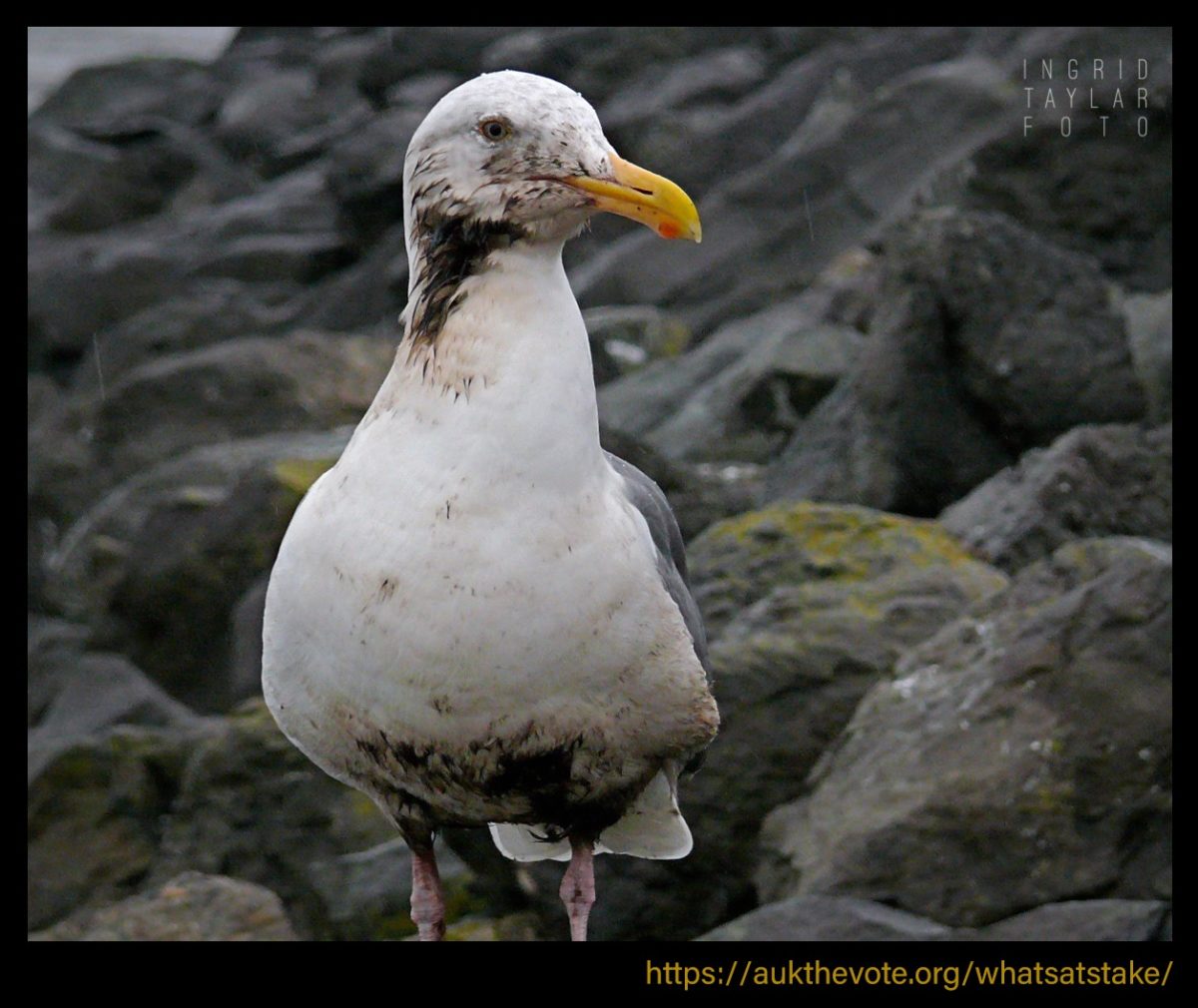 I shot this photo in November 2007, right after the Cosco Busan oil spill on San Francisco Bay. I was part of a volunteer team, combing the shorelines, looking for oiled birds and wildlife in need of rescue. Seeing firsthand the suffering caused by oil, insidious and persistent, sent me home crying every night. I felt so helpless over the animals we couldn’t rescue. This gull, for instance, despite being oiled, could still fly and evade capture. Oil on a bird behaves like a hole in a wetsuit. It strips the protective elements from feathers which would normally keep out the wet and cold, leading to hypothermia.

I remember telling a friend, “I will never be the same after this.” And I never was. Over the years since, every time I’ve witnessed human impacts on wildlife, whether it’s oil or habitat destruction or entanglements or violence, I’ve felt like my heart loses a piece of itself.

That’s a huge reason — one of countless, of course — that this election is so critical to me and to anyone who cares about wildlife. The electoral impacts on wildlife aren’t often discussed among the mainstream issues, but our votes can be the difference, literally, between life and death for other species, for individual animals, and for entire habitats.

In the past four years, this administration has worked to overturn 100 environmental rules, including protections for birds and wild animals, for our public lands, for our waterways and air. They’ve weakened the Endangered Species Act and are working to gut provisions in the Migratory Bird Treaty Act — the very act that would protect birds like this gull, from the horrific effects of oil spills.

A friend told me about a grassroots group here in the Bay Area, getting the word out on what Election 2020 means for the birds: AUK THE VOTE. The URL is on my photo. Please take time to read the documents they’ve posted because there is so much at stake on November 3 … for all of us, of course, and for the other species with whom we share this earth.