A European Starling preens in a communal bath on the Seattle waterfront as a juvenile Starling wanders into the splash zone. 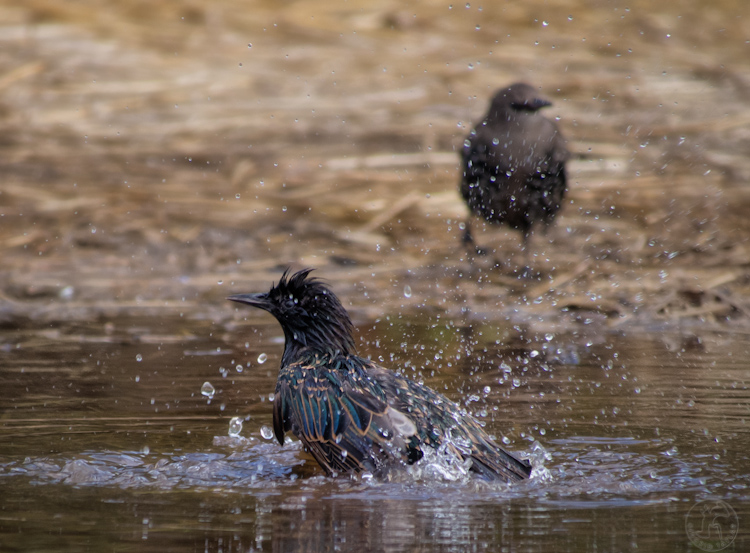 This bird bath was a series of long, narrow puddles at the edge of a bike path, visited at various times by Starlings, crows, finches and sparrows. Each time a cyclist buzzed by, the birds would all flush to the nearby shrubs with sopping feathers. Then, they’d lather, rinse and repeat as the sun drifted in and out of cloud puffs. 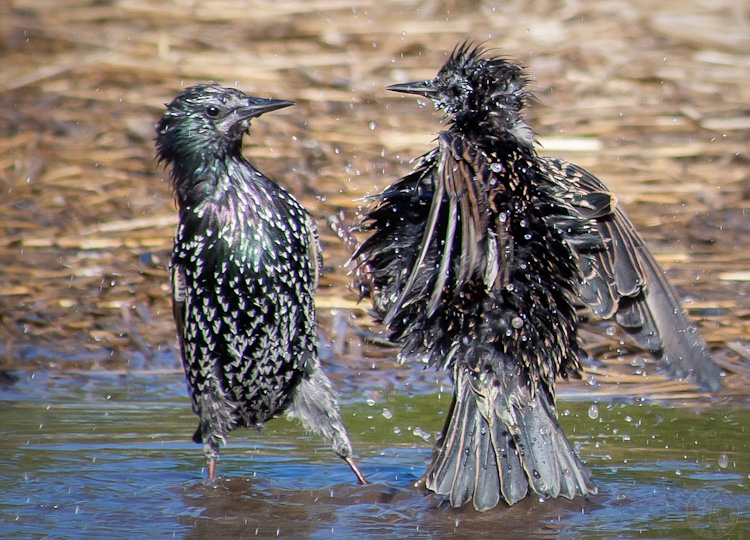 At the time I took these photos in early autumn, there was a flock of juvenile Starlings reliably present and feeding in this city park. Hugh called them “The Class of 2012” because we suspect they were the young raised under the corrugated siding of a nearby ship-loading zone. I’m always grateful when industrial or port authorities allow for the co-existence of birds like Starlings. 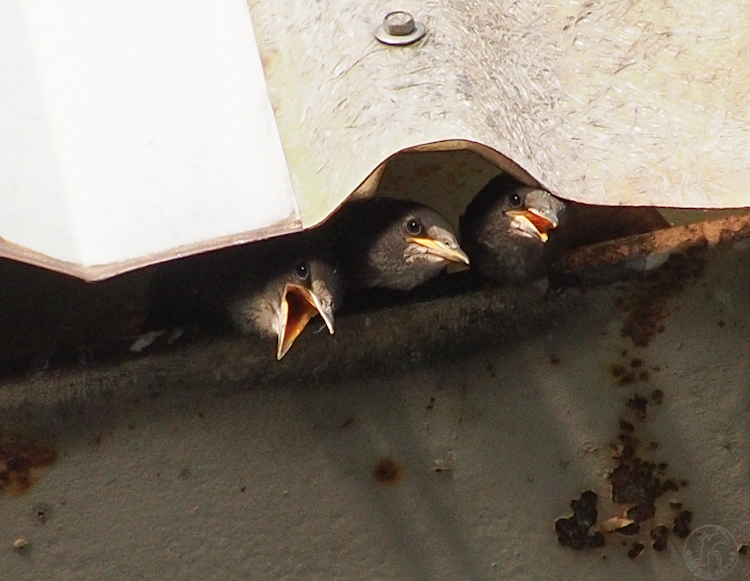 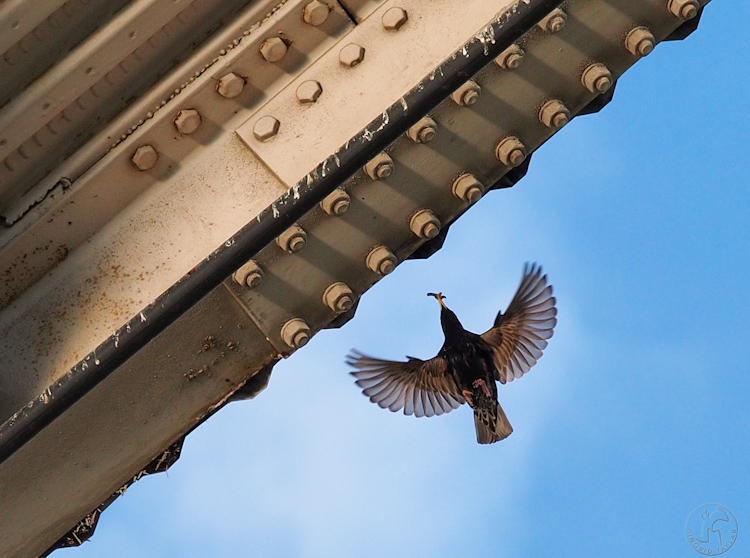 Once they fledged, we’d see them in synchronized swirls overhead, landing just to strip a few berries from shrubs or forage for dinner in an adjacent lot with grass gone to seed. 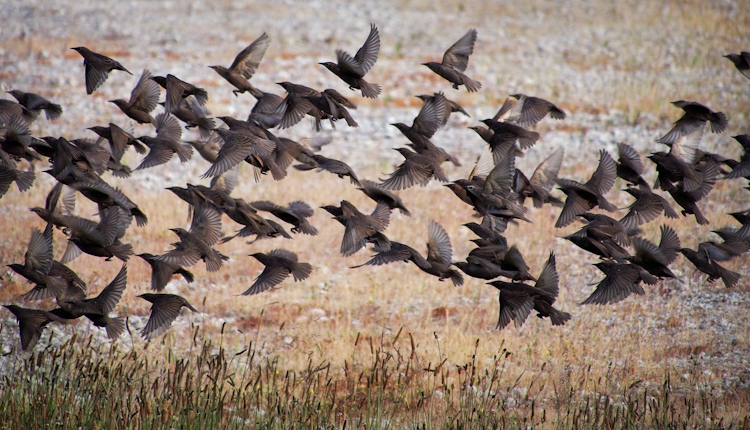 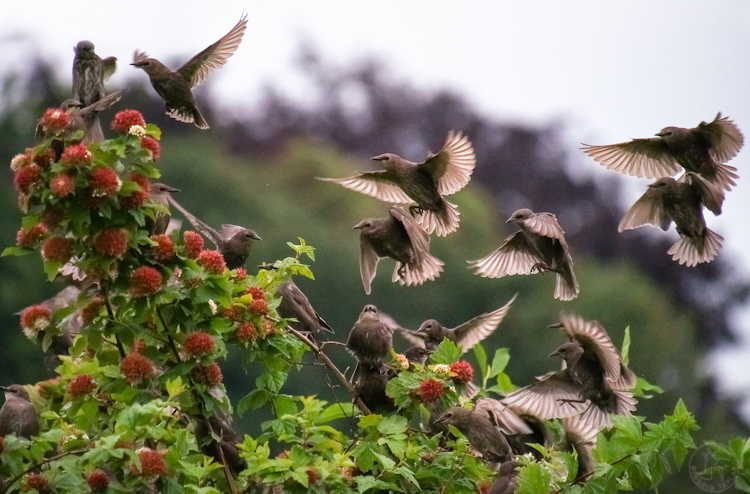