I pulled Today’s Photo from the archives . . . just because.

This title, The Mock Snail caused the tiniest bit of confusion on Flickr. He’s a real snail. It’s just that the psychedelic tone rendered by my Raynox 150 lens inspired a Lewis Carroll reference.

The day was so gray, I was photographing anything that moved at ISO 1000. Impossible to get adequate shutter speed without it. So, I retreated to a little garden at Lake Merritt and peered inside the micro world. The sprinklers had just stopped sprinkling. All leaves, buds, webs and bugs were tucked in and textured among water droplets.

This snail was about 1/2 inch in length, barely visible in the shrubbery. I saw him while marveling at the water-dabbled webs draped across the hedge. The Raynox has a tiny area of focus, bringing various points of the photo into focus, while blurring the rest. The result is an accidental watercolor — with a snail as the main event. 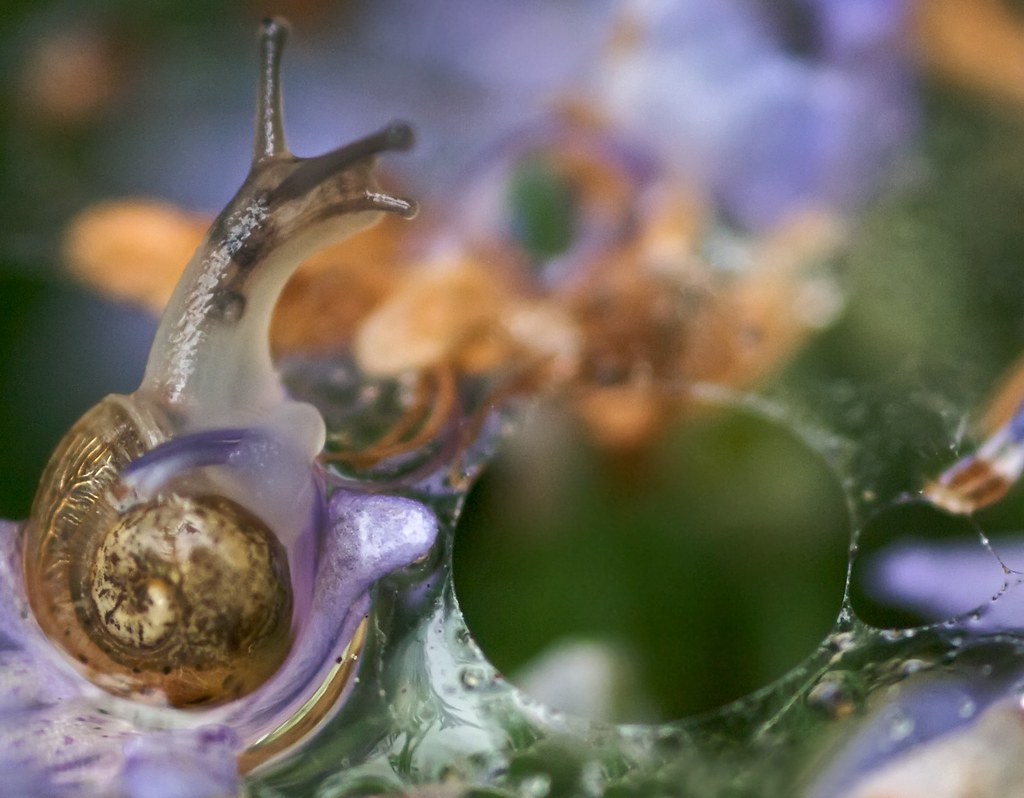