Picking up from my previous post — about the rare and elusive Linyphia Vaudvillea … here are a few additional spider (Araneae) observations from our walk at Wunderlich Park in Woodside.

I’ve perused countless field guides and websites on California spiders but am still unable to identify the aforementioned species. Other spiders and webs are more easily placed, like this funnel-weaving spider — standing at the funnel opening where he waits in hiding for unlucky prety or retreats for his own safety. 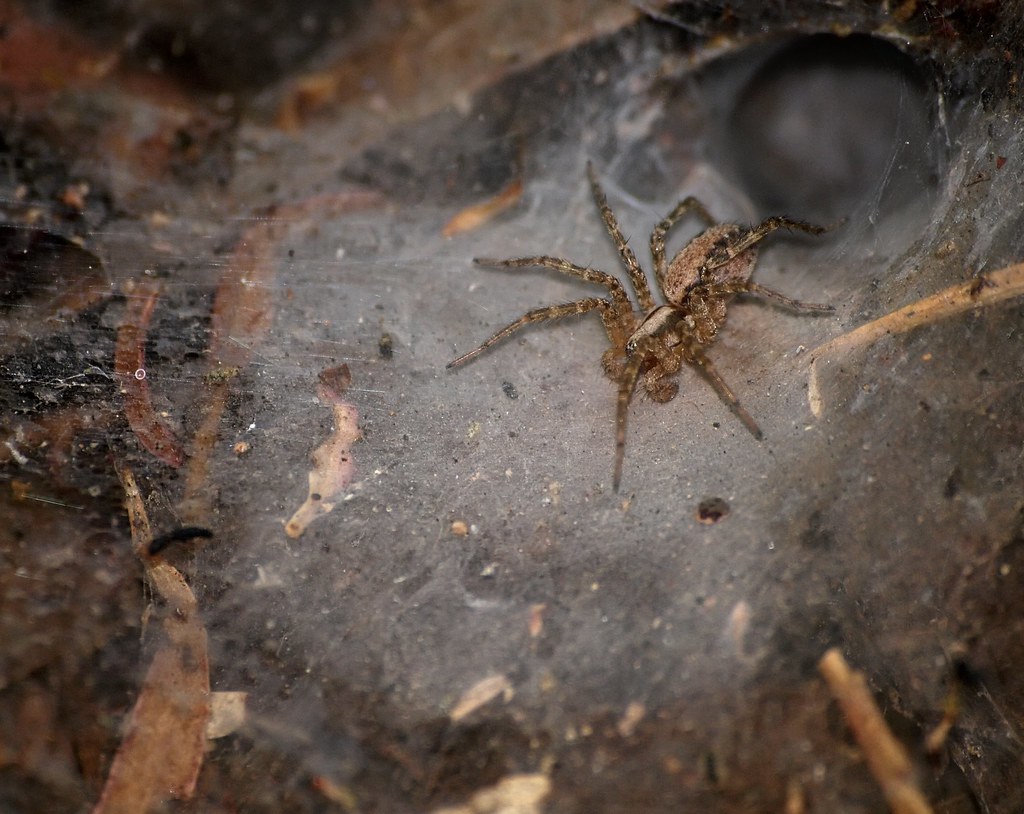 Funnel webs are among several kinds you’ll see throughout Northern California. The spiders are Agelenids or members of the family Agelenidae. Not to be confused with the highly-venomous Australian Funnel-Web Spiders, the Agelenids found here are generally harmless to humans. Smaller insects, however, are not so fortunate.

From the typical waiting posture exhibited above (or hidden within the funnel itself) the spider will lunge at prey that enters the web, inject fast-acting venom, then drag that prey into the funnel opening for solitary consumption. The funnel is generally open at both ends for easy access and escape.

We didn’t actually see the Turret Spider (Atypoides riversi) on this trip, but we saw several of the Turret’s burrows tucked into banks and undergrowth of the forest environment. My first visual of these turrets came on a guided walk at Bouverie Preserve in Sonoma County. I’ve probably walked by 726 (or more) turrets in my forest hikes over the years before this naturalist clued me into these tiny smokestack structures emerging from the bank.

Turret Spiders share their familial taxonomy with Folding Trapdoor Spiders — in the family Antrodiaetidae. Folding Trapdoor (or Folding Door) Spiders, as you may or may not know, construct burrows, most often with a doorway that provides an element of surprise for their bug attacks. I envision Goldie Hawn in Laugh In.

As you can see in the image below, the Turret Spider doesn’t close off the burrow so he has no hope of dramatic entrance. (If you see a similar turret with a door hinged off to the side, it’s probably a different species of spider.)

The entry to this burrow literally emerges from the soil and scrub like a turret or, what looks to me, like a big, fortified straw. They’re easy to spot once you know what you’re looking for. The spiders themselves are usually dark in color, commonly a darker green or brown. 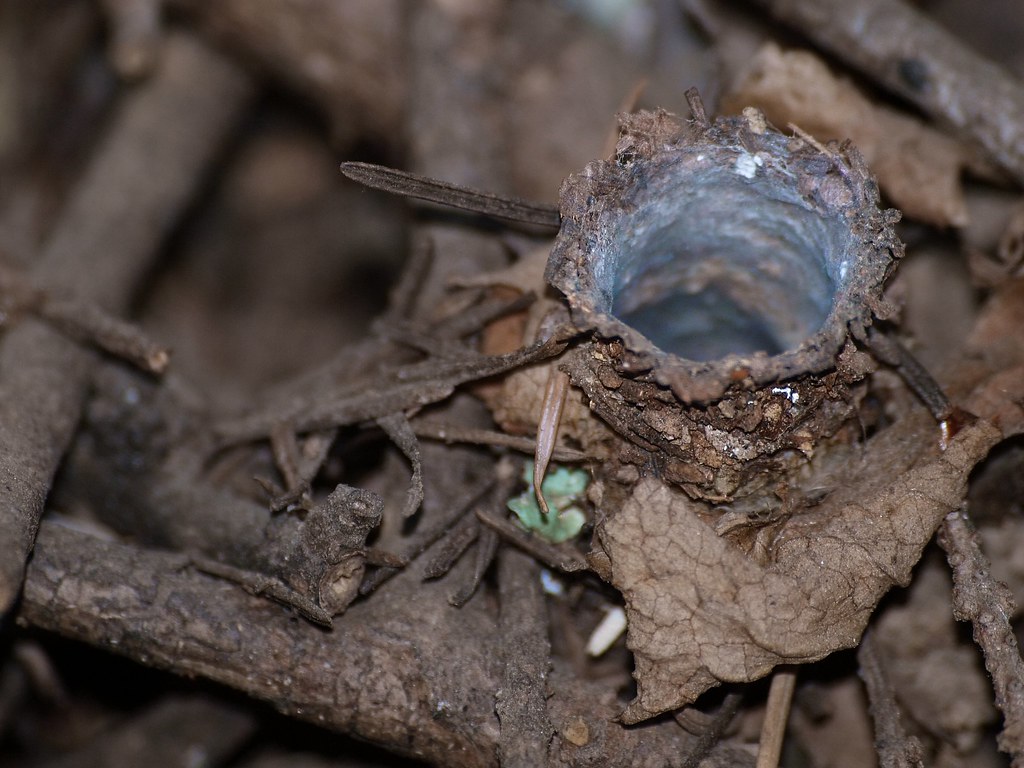 Burrow of a Turret Spider - ©ingridtaylar

Here’s an image I didn’t take, which illustrates a similar turret/burrow structure with a closed flap for a door — woven with a hinge of silk and camouflaged with other natural materials. These spiders generally ambush their prey after detecting them through vibration. Trapdoor spiders in the family Ctenizidae will construct trip lines to detect their movable feasts.

–> Link to image at Wikimedia Commons

Wikipedia has a good overview of spiders, their web-weaving technology, taxonomy and behavior.