A title inspired by a recent viewing of Jimmy Stewart and The Flight of the Phoenix . . . a photographic tribute inspired by one of my favorite birds: the Brown Pelican.

The Brown Pelican is not quite a Phoenix, raising itself from metaphorical ashes. But it has mythological parallels in the Bay Area, having recovered and arisen from near destruction more than once:

You can read a detailed history of pelican struggle and survival in the IBRRC’s article In Harm’s Way.

Given the travails pelicans have faced for more than 100 years, I find it near miraculous to see hundreds off them fishing off the beach — as Hugh and I witnessed a few nights ago at Fort Funston. Their pterodactyl sihouettes are emblems of our natural past, almost anachronisms against the modern shadows of industrial cranes and skyscrapers. Their presence is, at once, a reminder of life’s restorative power and also its fragility.

At its simplest, pelicans are just awesome. Here are a few images I’ve snapped of Brown Pelicans in action around California.

Related posts on pelicans: Sunday in the Park With Pelicans | Up on the Roof | Mixed Use, Pelican Style

Stretching and preening, these Brown Pelicans at Redondo Harbor in Southern California have an expansive seawall for lounging:

A Pelican and Her Gull

In this photo, a juvenile Heermann’s Gull swims alongside a Brown Pelican we watched fish near Point Arena in Mendocino County. Gulls like Heermann’s are known to scoot alongside the pelicans and actually swipe fish from the pelican’s pouch as the pelican drains the water. As we watched these two, they shared more of a symbiosis. The pelican almost seemed to be offering up her stores to the young gull who swam alongside throughout the fishing expedition. (I’ll grant you — that’s some anthropomorphizing on my part.)

A Pelican and Her Gull – ©ingridtaylar

Brown Pelicans fish by plunge-diving into the surf . . . sometimes from flight: 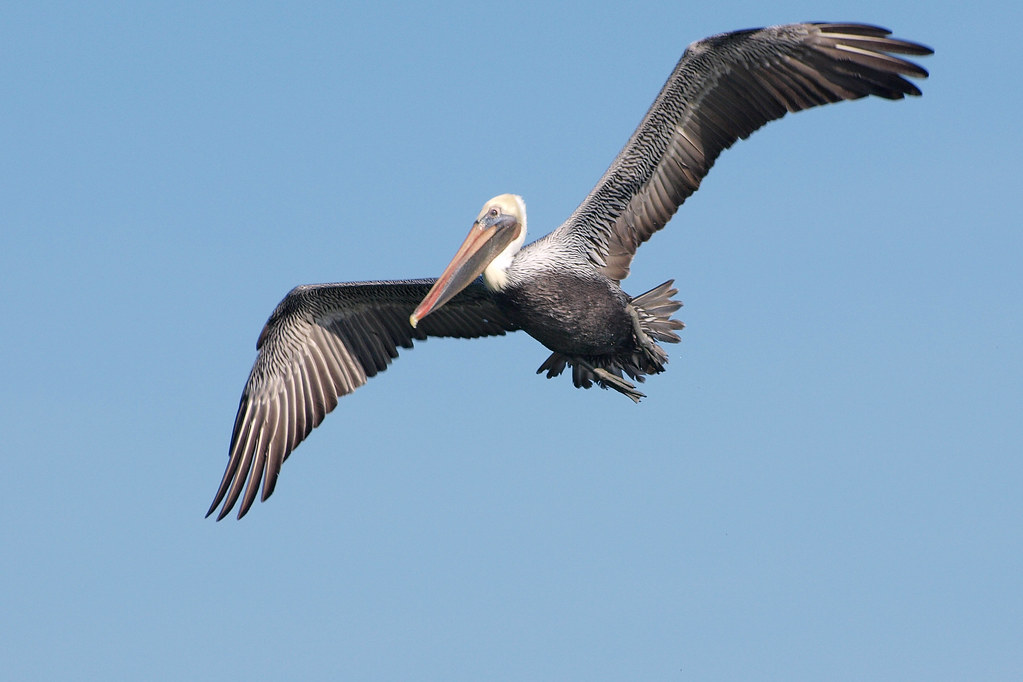 I called this “The One That Got Away.” You can see the fish that leaped from the mess of seaweed in the pelican’s maw. (Click photo for larger size at Flickr.) 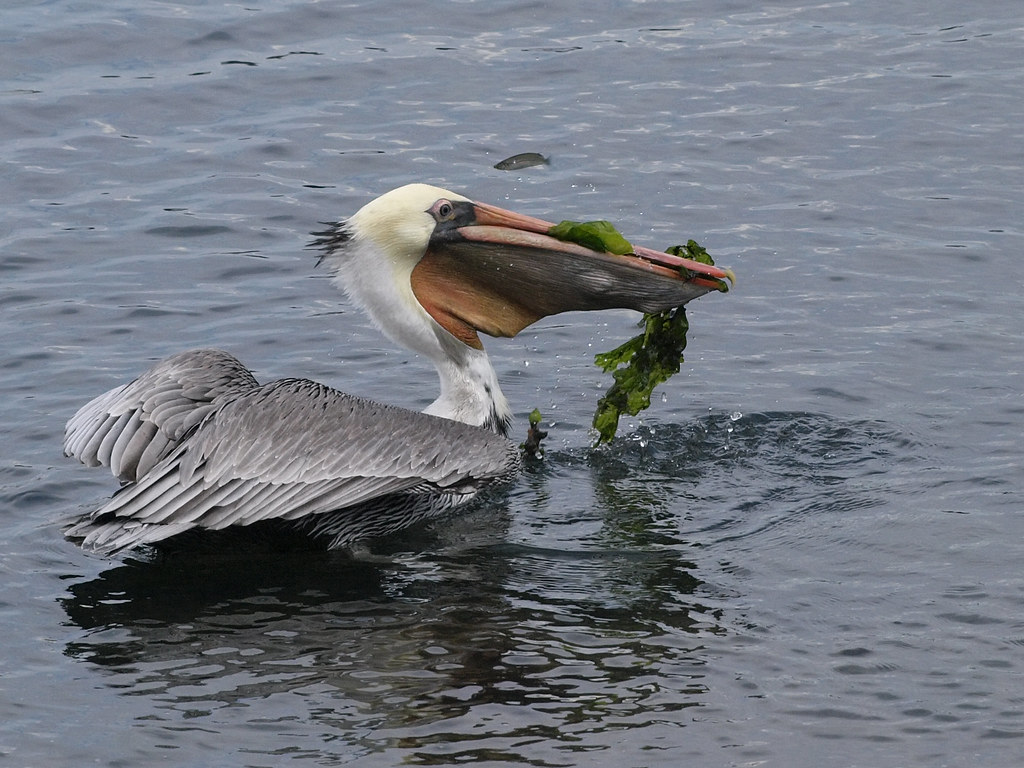 Pelicans hanging out with Cormorants off the shores of Tiburon in Marin County. In most areas where we find Brown Pelicans roosting around Northern California, we also find multitudes of Double-crested Cormorants — sometimes Pelagic and Brandt’s Cormorants off the ocean coasts. A somewhat-habituated Brown Pelican awaits the arrival of fishing boats, in anticipation of freebies.