This might be what I love most about my camera: it makes something interesting out of the most banal objects. Here’s where I started . . . with a lonely and neglected patio table getting pummeled by hail.

Patio Table in the Rain - ©ingridtaylar

That’s obviously a mundane shot. Just like any written piece, a photo should tell a story or have an angle on the subject. When I was first honing my craft, I bought books like Learning to See Creatively to help me think outside my limitations. For some, it’s a no-brainer to make the visual leap from this rusty table to the photos below. For me, it’s been a continuous exercise in training my eye to see beyond the obvious.

Once I saw my shot, I just played around with the in-camera settings to render different hues and effects. I chose to frame the droplets in similar fashion, changing only the lighting and texture.

I do a bit of post-processing on most of my shots . . . levels, mostly, dodge-and-burn . . . some sharpening and noise reduction (NR) where needed. I’ll use the vibrancy slider from time to time, and experiment with applied image effects in Photoshop if I’m bored. For the most part, though, I like some realism in my images. So I stay away from over-processing or rendering colors that simply weren’t there. That’s my subjective take on post-processing.

With this photograph below, I included texture from the glass table in my frame, to give the droplets their wavy background. The bright spots in the droplets are reflections of emerging sunlight through the clouds. 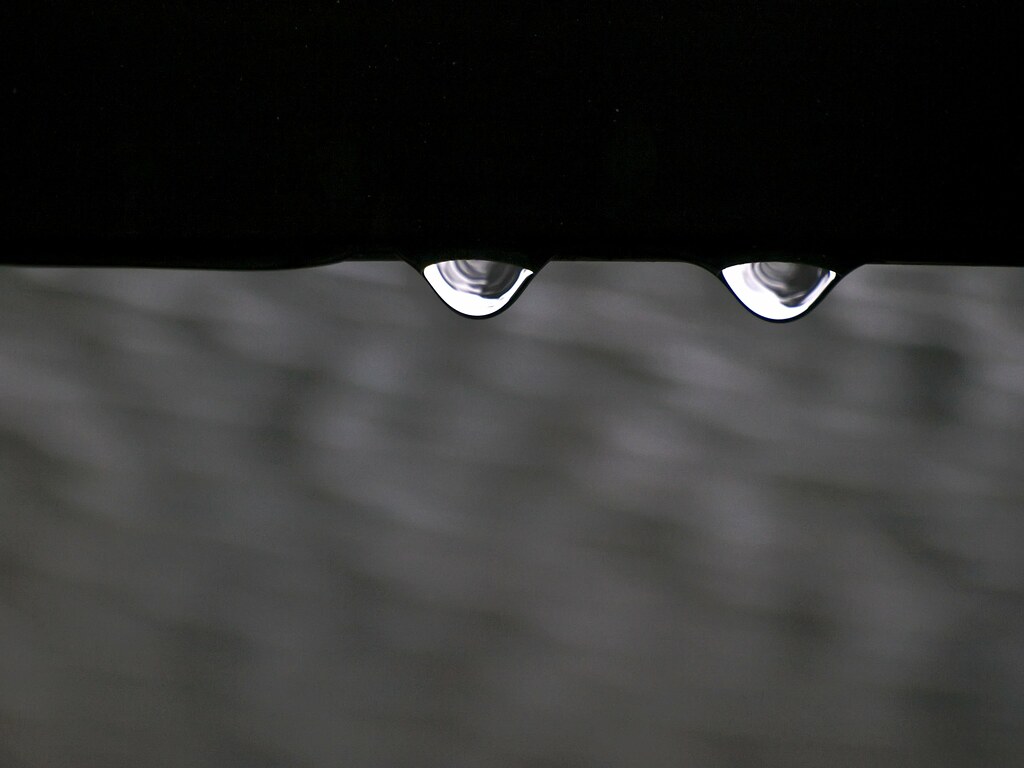 The silhouette in this next shot resulted from a simple spot metering on the brightest spots in the frame.

This was shot at the wooden railing behind the table, giving the image a totally different hue but similar composition.

For this last photo, I focused on the row of drops at the back edge of the table, making the drops in the foreground look like texture instead of well-defined droplets. Using all-scene metering gave the hues more nuance.