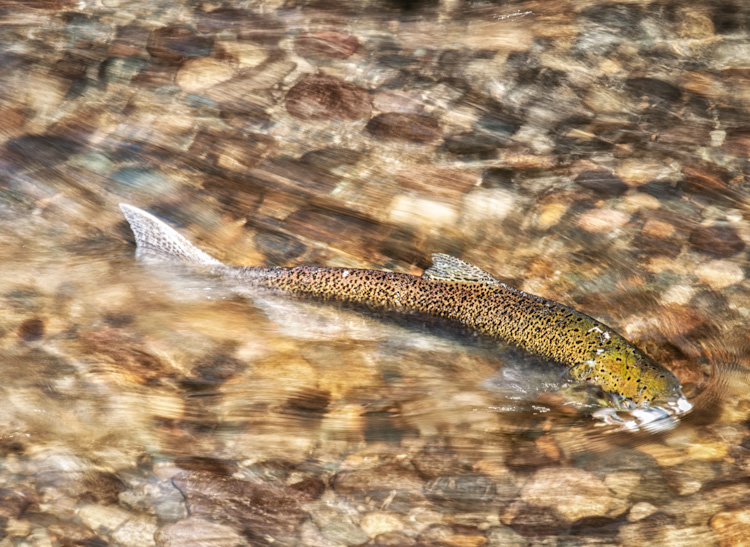 Last year at this time, I wrote about the salmon journeying upstream to their Washington spawning grounds:

Wild salmon — most species threatened or endangered in Washington — squander all of their energy, immunity and body fat to finally dig their redd (nest) and spawn before dying. Hatchery salmon swim a divergent path but live parallel lives, muscling their own way back to their hatching ponds.

The experience that is salmonid is circular, cyclical, and eternal. Were it not for the blockades we humans have erected, the warm and shady estuarine nurseries we’ve scraped away, the rivers and creeks we’ve tapped to trickles, salmon would be leaping upstream by the 20-thousands, as they did in the time of Lewis and Clark.

Still, even with each challenge we’ve put before them as species, salmon persist in going home. It could be a most poetic and romantic notion were it not a burning imperative. Salmon insist on hearing the ancient call of their own forebearers — the call for birth and rebirth in the salt-ways, fresh-ways, and pebbled redds of Northwestern streams.

Right now, the salmon are going home once again, and I spotted the Chinook pictured above, along one of the more populated trajectories. She was taking a break from her long haul up the river to spawn — sitting with the river cascading over her head and body. She wagged her tail occasionally, or turned about for a brief tussle with other salmon who bumped into her along the salmonid highway. Eventually, she muscled forward. But, I captured her interim stillness in the shallows, slowing the shutter to 1/5 to smooth the current as it split into streams around her moment of repose.