Say’s Phoebe Against an Overcast Sky

Say’s Phoebe Against an Overcast Sky

at Cesar Chavez Park in Berkeley

A heavy wind off the Bay gave me some time to capture these images, with the Say’s Phoebe isolated against the changing hues of tumbling clouds. Flycatchers are obviously adept at eating on the wing, and hovering while searching for meals, which is what this phoebe was doing. In the muted light, while over-exposing for the backlit bird, the images don’t capture well the pretty cinnamon plumage on the belly. But I always like the near monochromatic effect of the exposure in these weather conditions, framing birds against a neutral canvas. 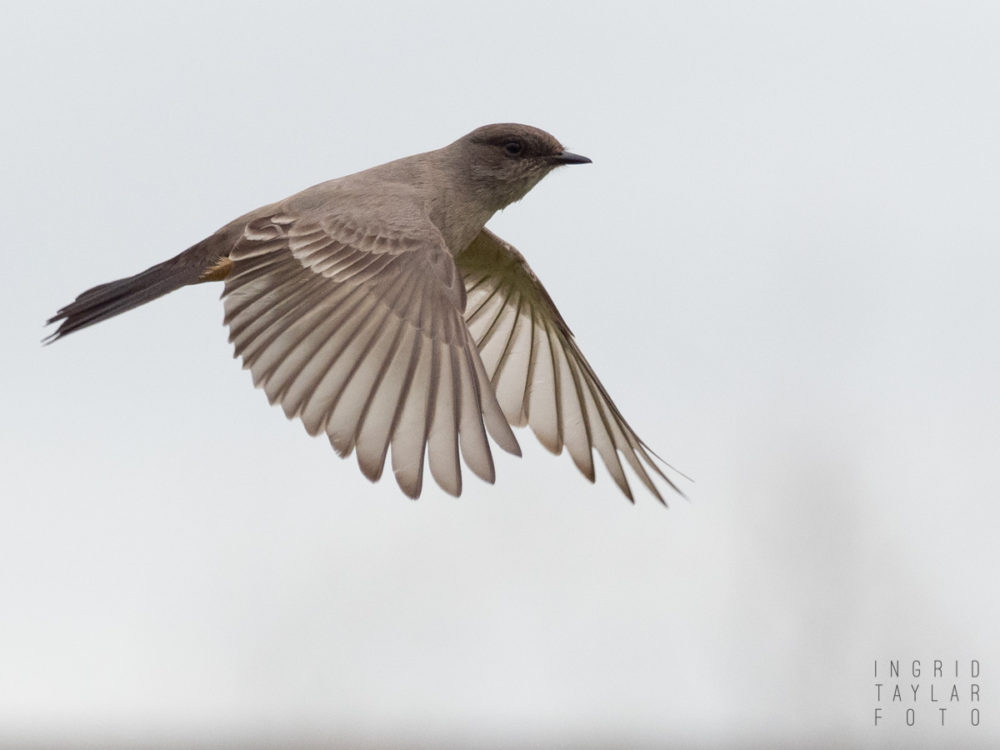 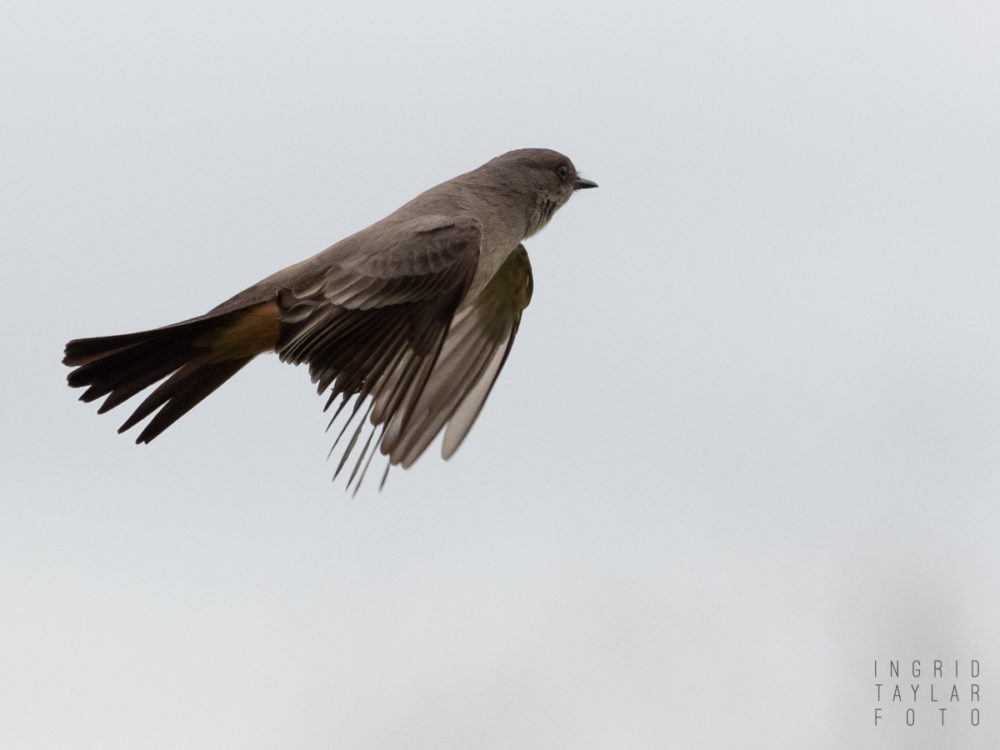 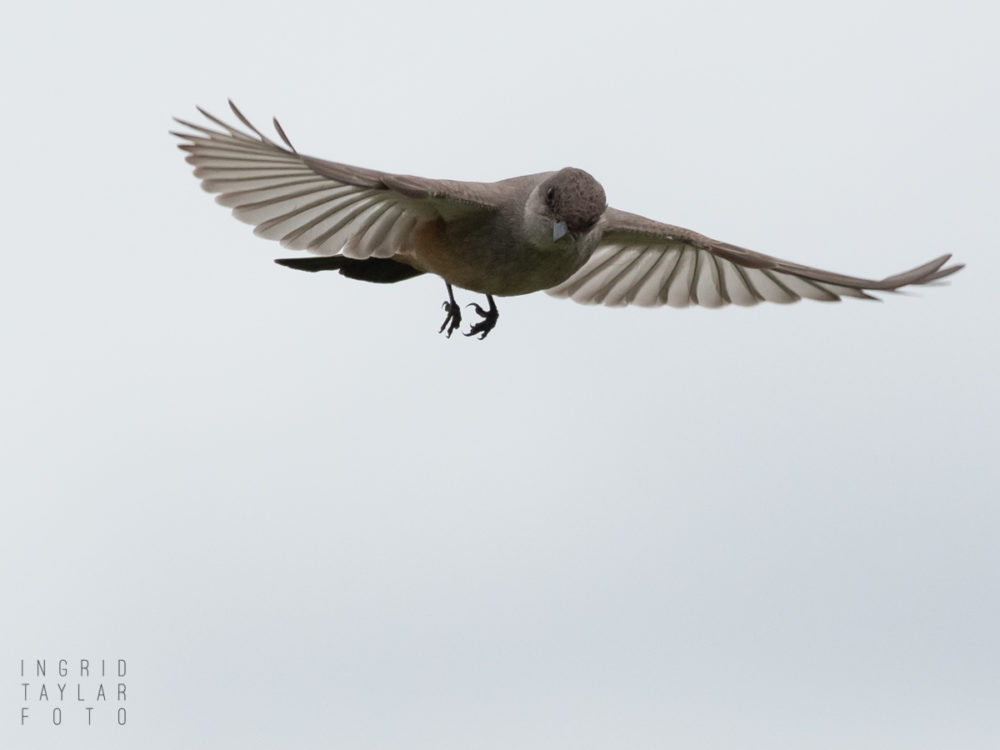 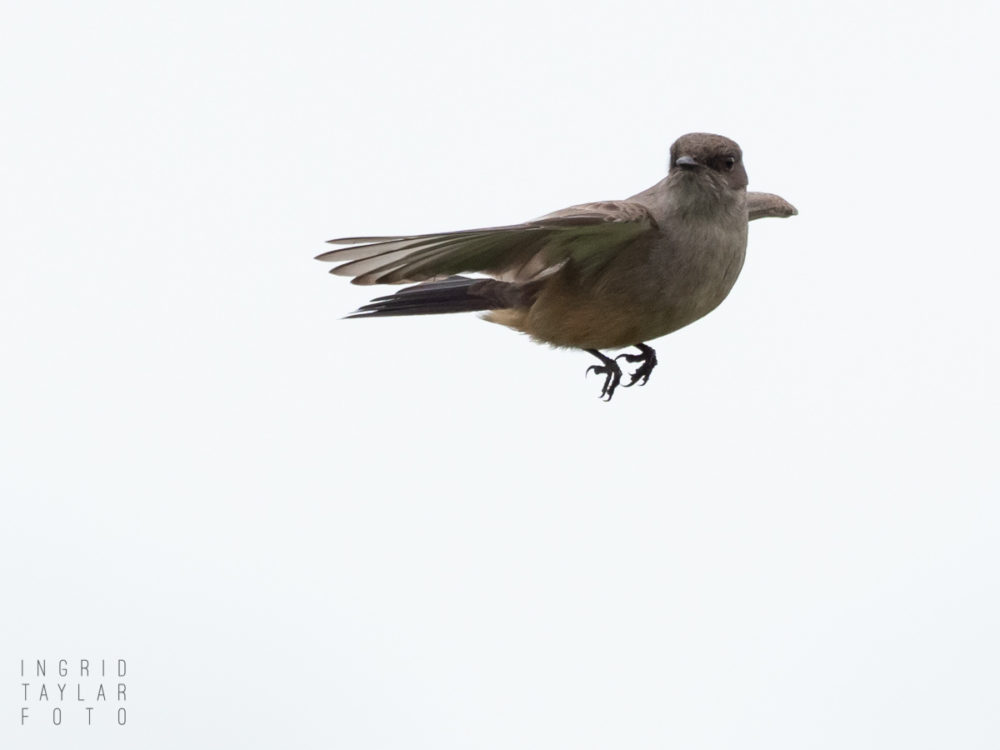