I’ll be away from my usual nature haunts until the New Year, so I’m going to wrap up the year with a few Bay Area holiday lights . . . and an exploration of Itten’s contrasts, inspired by a reading of a Michael Freeman book (The Photographer’s Eye). If any shots grab my attention in between, I’ll squeeze them in.

Be well, everyone! Happy Christmas.

In the first photo, I used spot-metering to darken the background and give these orbs their planetary effect. The second photo below was shot at dusk with some remaining ambient light in the sky for background. 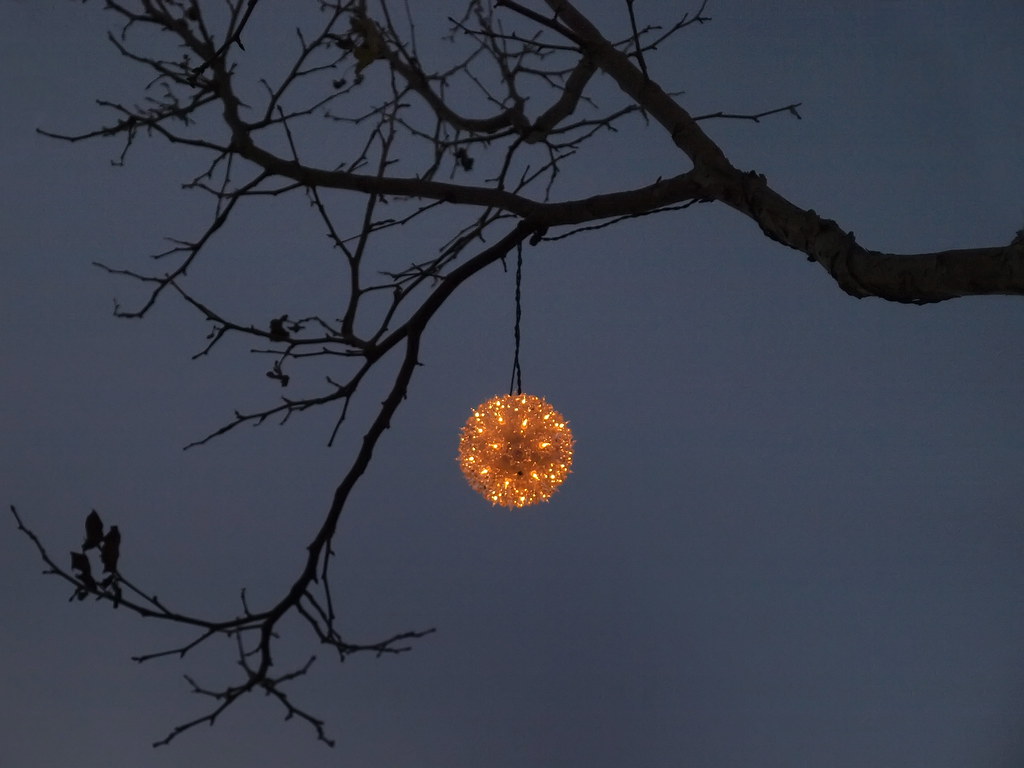 Hugh and I both photographed this scene a couple of years ago, but his version below — with a Panasonic point-and-shoot (LX1) was the best of our shots. 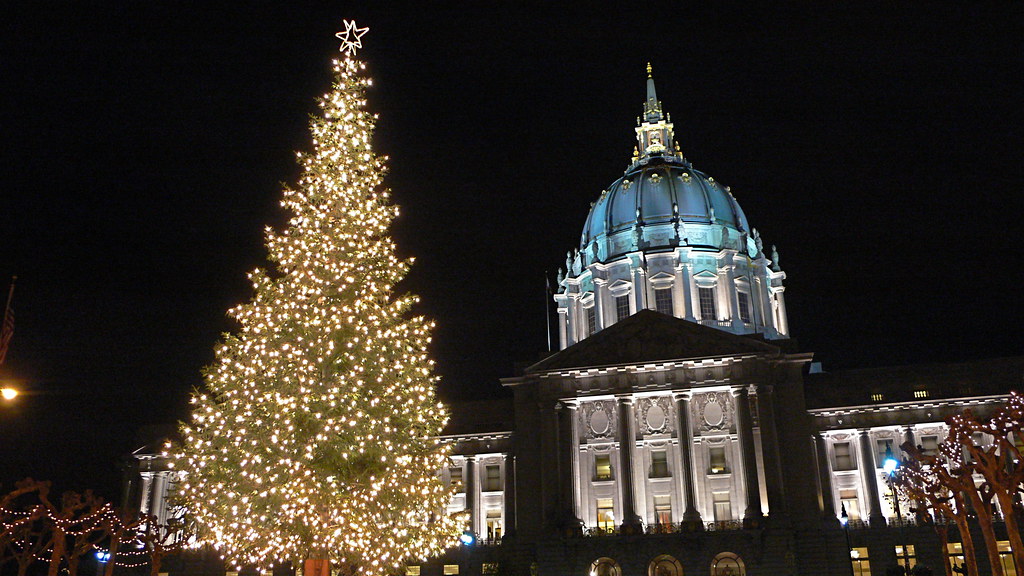 This is probably the most photographed angle of the Pier 39 Christmas tree — from the adjacent overpass. But it works. Next year I’ll put some effort into alternative poses. 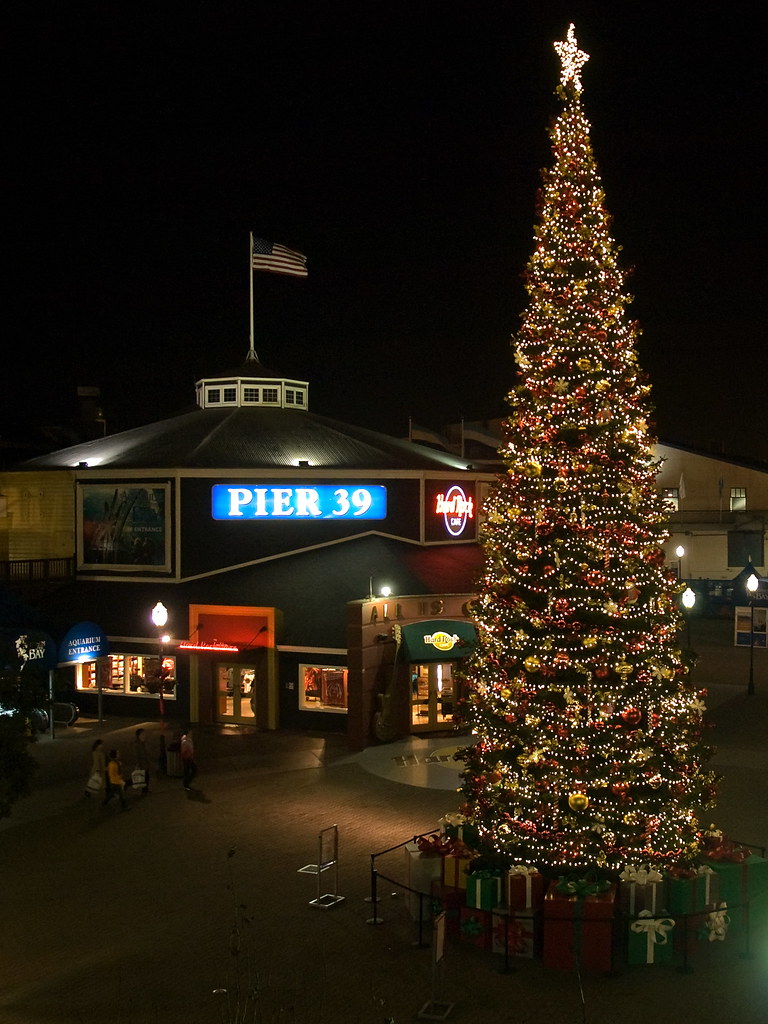 I photographed the Macy’s and SF/SPCA holiday windows last year for About.com. There’s also a corresponding piece on the SPCA’s holiday adoption tradition.

Part of a vast Christmas display at the Hyatt Regency in San Francisco — waterfalls of lights falling against the exposed elevators.