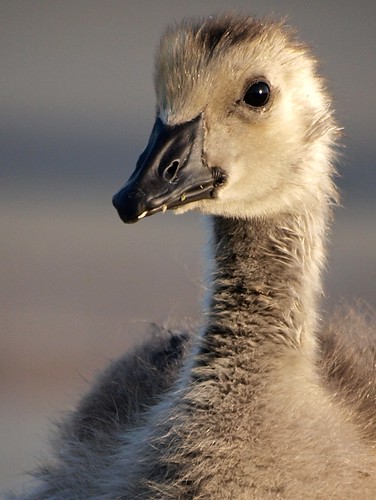 If you’re a Canada Goose gosling in a public park, don’t count on too much respect. On this day, I stopped by one of my favorite bay-side walking spots and saw before me a flock of goslings. It was an enormous flock of babies interspersed with adults — like a National Geographic image of a giant penguin colony . . . substituting Canada geese for penguins, and Oakland for the Arctic.

Most of the babies were old enough to amble to water’s edge and join mom and dad for a swim. Even then, the hazards of navigating children with intent to chase and capture didn’t leave the goose youngsters much peace.

I don’t know when the practice of children grabbing at birds became the norm. It’s really not cute, in spite what millions of parents across the globe seem to think. It’s traumatic for animals to have unpredictable humans take lunges at them. I’ve lost my composure at times, witnessing harassment, so I try hard to curb those frustrations now.

Teaching Children Not to Chase Birds

Watching these geese in frantic attempts to protect their young from people, I approached one parent with a particularly rambunctious boy, explained that I volunteer with birds, and asked if would be okay if I talked (gently) to her a son about why it was important to respect wild animals. To my surprise, she agreed. With enthusiasm. 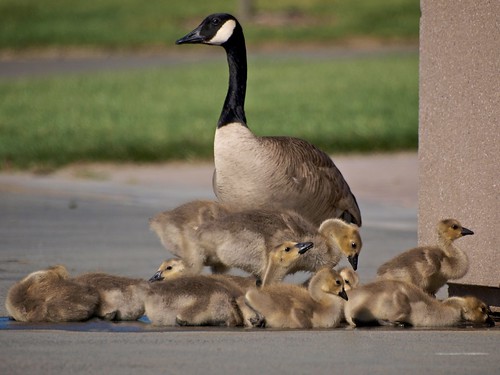 I sat with the boy and his cousin and we talked about all things animal and wild. They wanted to know why the geese were hissing at them and flapping their wings. I explained, it was a mom and dad warning them not to get too close to their kids — the same way people parents are protective. We talked about how it might feel if someone came into our space and chased us around, frightened us. And how the geese don’t understand that children want to play. That even small children seem big and potentially dangerous to wild animals. They are scared that someone will harm their babies or themselves.

The kids wanted to know what types of animals end up at a wildlife hospital — and why they are sick. They wanted me to bring an eagle to their classroom. They asked why people do things like jump into zoo enclosures (they’d seen footage of the woman and the polar bear in Berlin). They speculated on who would win a fight between a monkey, a raccoon and a human. But in the end, they were utter joys in their curiosity and their desire to understand how to interact with animals.

I have no delusions that this boy, the next time he sees a flock of geese, will refrain from chasing them. But given a consistent and compassionate message about animals and our relationship to them, I believe kids would behave differently toward them. And understand everyone’s place and right to be a part of this life cycle. I wish that were the norm. I’m sure the geese do, too.