My late dad and I share a gene that — due to a missed deadline with the Humane Genome Project — hasn’t been mapped for posterity. He dreamed (and I dream) in preposterous anachronisms and juxtapositions.

One of Dad’s recurring dreams was about a horse in a penthouse apartment who would fling himself off the balcony and into the pool below when someone shouted a certain word.

I shouldn’t be surprised then, when I’m minding my own business in my alpha waves, and suddenly, a giant beach flea with a martini is getting existential on me.

Beach fleas aren’t totally out of context. I have, actually, photographed them on the sands of Mendocino County. Still — in my maze of neurons and synapses, I can’t seem to remember where I parked my car, but I retain a full-color anatomical breakdown of a beach flea. 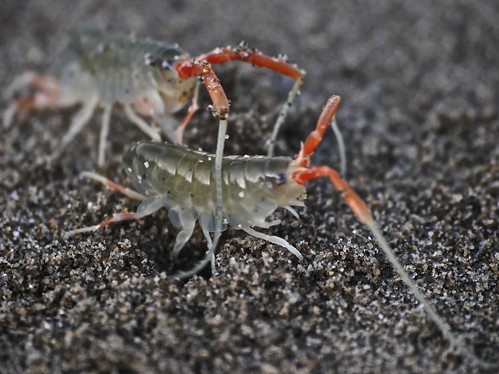 In our solitude, we had the time and space to look between our toes. And for the squeamish, what we saw was squirm worthy: hundreds of translucent flea-like figures hopping and falling in the sand around us. 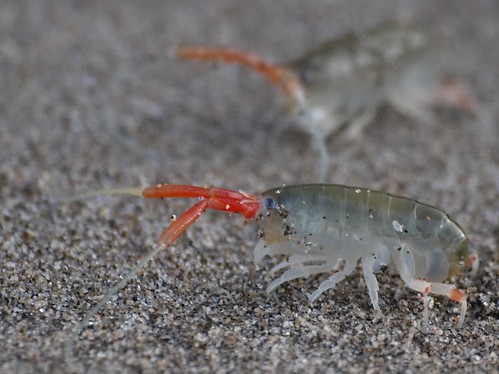 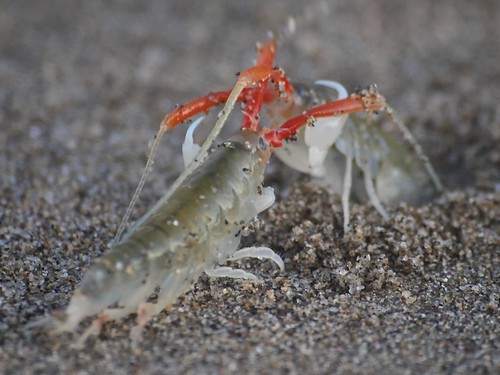