Taken during a recent visit in the Seattle area.

At the Ballard Locks, there’s a mist that hangs over the spillway, the meeting of nature and machine, sending and suspending droplets across the sky and onto my camera lens. There’s the beeping red alert of an opening lock, the smell of fish and salt, and the clatter of gulls overhead, swarming across the canal that connects Lake Union to Puget Sound. Under the turmoil of seawater and storm, the silent passage of the big guys . . . the Coho and Chinook who swim next to glass on their ladder . . . and the flat fish, flounders and sole, seen and unseen by diving birds and fishing filament.

Part of the 235-foot spillway at the Ballard Locks (aka Hiram M. Chittenden Locks). The spillway controls water levels in the canal, which runs between Puget Sound and Lake Union in Seattle. (Shot at 1/4 sec to smooth the falling water.) 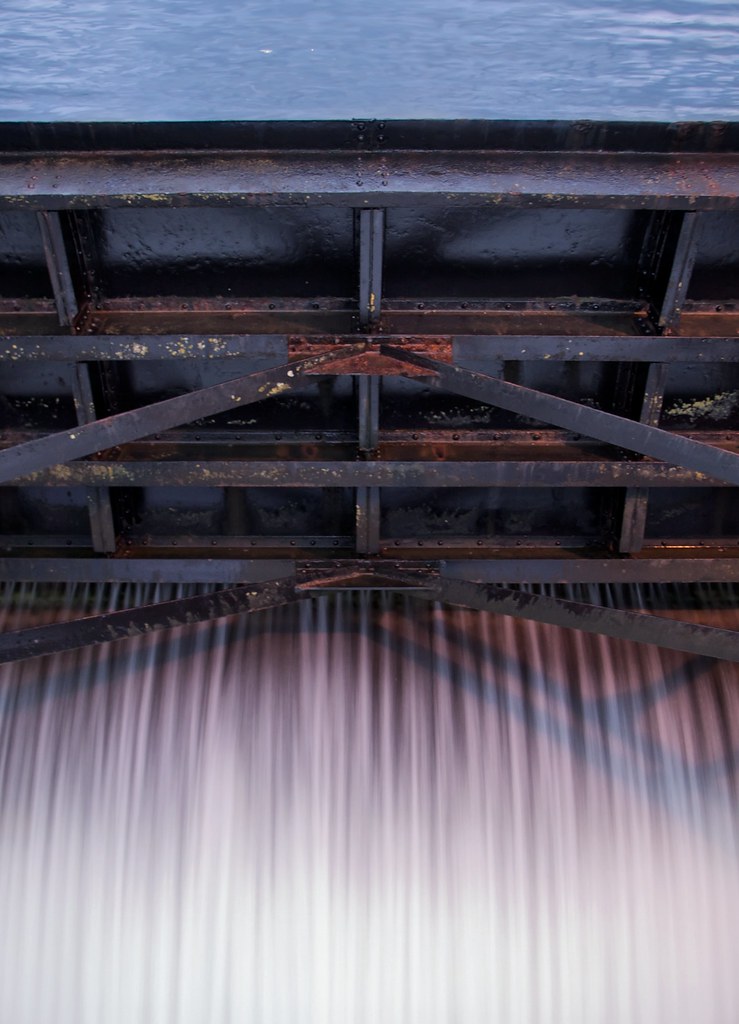 A Double-crested Cormorant dives into the canal, and comes up in the foam below the spillway, holding a flatfish that he swallows whole — and fast. 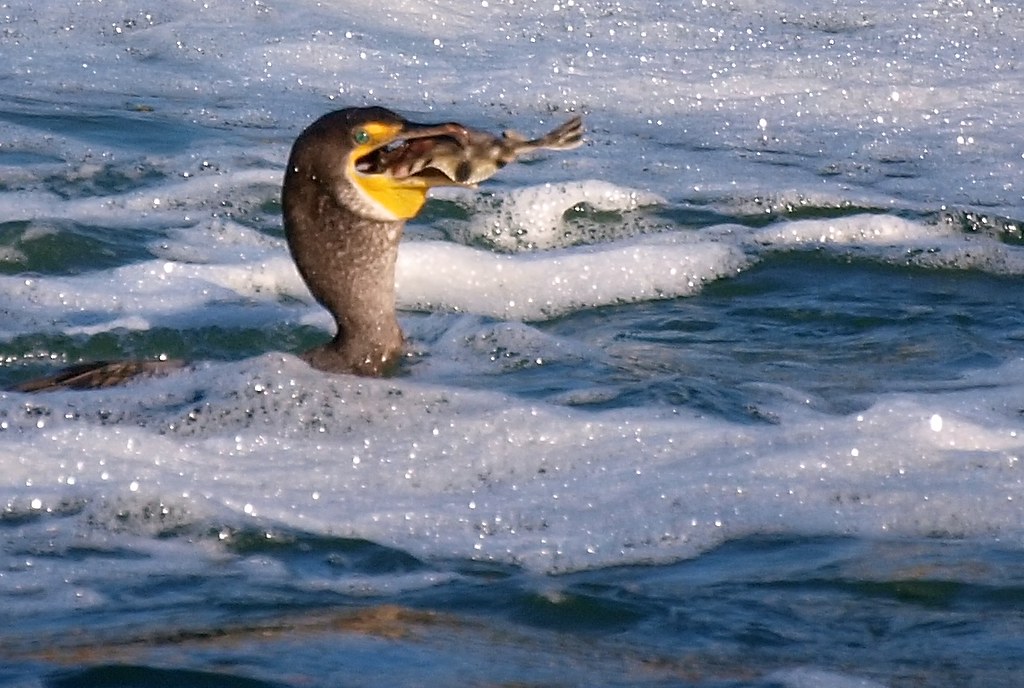 Luck at the Locks - ©ingridtaylar

Underneath the churning, a Coho or Chinook (I can’t tell yet, I need time) stops for a viewing while using the famous fish ladder. 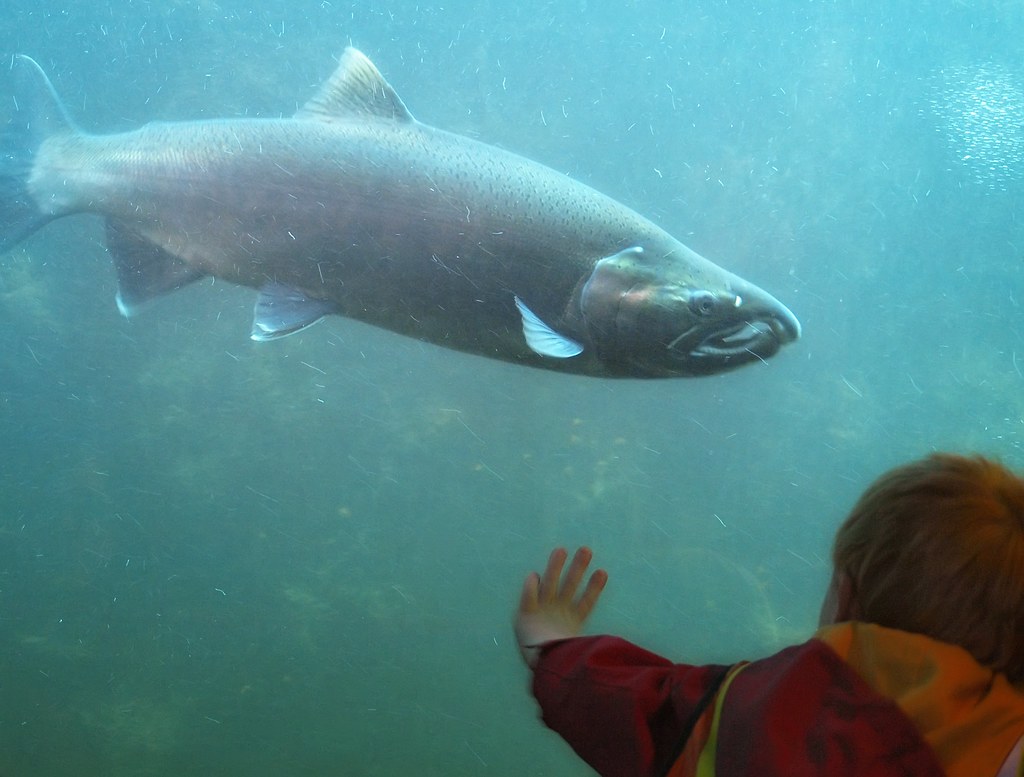 At night, the eyes play tricks at Salmon Waves, where LED lights create figments of smolt swimming across the sculpture.