I swear, if I have to ask one more kid to stop throwing rocks at animals . . .

It was an imperfect plan to begin with: super-low tide on a Sunday at the gorgeous but hardly-secret Fitzgerald Marine Reserve. I’ve been waiting for a daylight minus (-) tide for a few months. I’d even marked this one on my calendar when I saw it in the marine forecast.

Fitzgerald is a marine sanctuary known for its tidepools, especially crevice pools — the long ruts found in the intertidal reef areas. At low tide, the crevices reach into the Pacific like fingers, filling with just enough water to expose the intertidal life: anemones, crabs, sea stars, sculpin, and an occasional squid.

Even though it’s protected terrain, you can wander among the rocks looking for tidepool life, cautious about what’s underfoot. “Looking” and “cautious” are the operative terms here.

When we arrived, the parking was already in overflow, an hour before peak low tide, so we knew this wouldn’t be a solitary excursion. It’s a popular destination and the first daylight low tide in months is bound to draw crowds. After all, we were there for the same reason.

What we didn’t anticipate was a marine-reserve turned giant playground, with a few too many unsupervised kids doing everything but respecting the habitat. Even young children were throwing huge rocks on crabs and anemones in the pools, trampling around in areas cordoned off to protect harbor seals. One kid shouted, “I’m feeding bad stuff to sea predators” as he tried to stuff seaweed into an anemone.

I see bad nature etiquette all of the time, and have been physically assaulted at least once for asking a kid to refrain. I know it sounds hostile to intervene with playful kids. It takes quite a bit for me to interfere. First, it’s not a fun thing to do. Second, no one’s perfect. And third, I witness so much disregard, I save my energy for the more egregious acts. But that means, if someone or something is in imminent danger, I’ll step in.

Yesterday’s scene was frustrating in that some of these kids were harming the tidepool critters in front of parents. The docents were spectacular, patrolling where they could. But somehow their message of “touch but don’t hurt” was lost on a huge contingent of tide-poolin’ fools.

I’m also drawn to spiritual traditions like Jainism, where the super-intent is non-violence . . . or do the least amount of damage possible. I’m not a Jain, but I respect the concept of Ahimsa which means living non-violently and showing respect for all living beings, irrespective of species. This belief in non-violence can extend even to activities which cause unintentional death, like certain forms of plowing and cultivation.

Unintentional damage is something I do consider when I’m out and about: how much is any photograph or experience worth? Sunday at Fitzgerald added another consideration to my pool of thoughts about loving the outdoors, but not loving it to death and destruction.

In and around the mayhem, we did find some good spots to observe the silent life below the ripples . . . making sure nearby anemones and urchins weren’t being stuffed full of rocks and seaweed, that is. 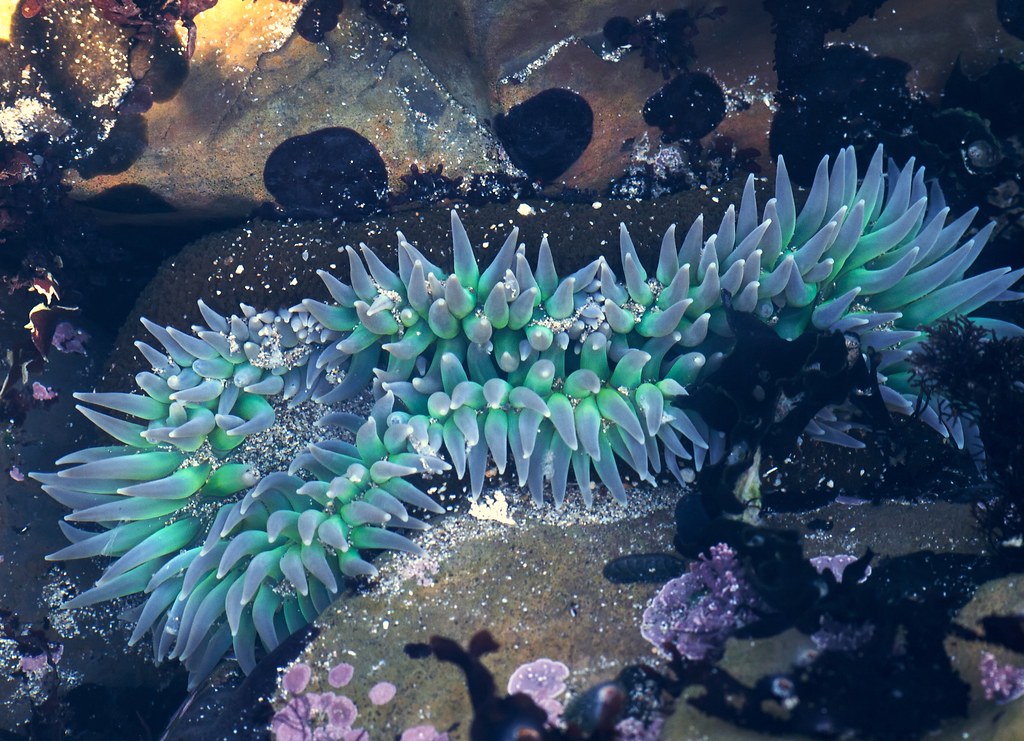 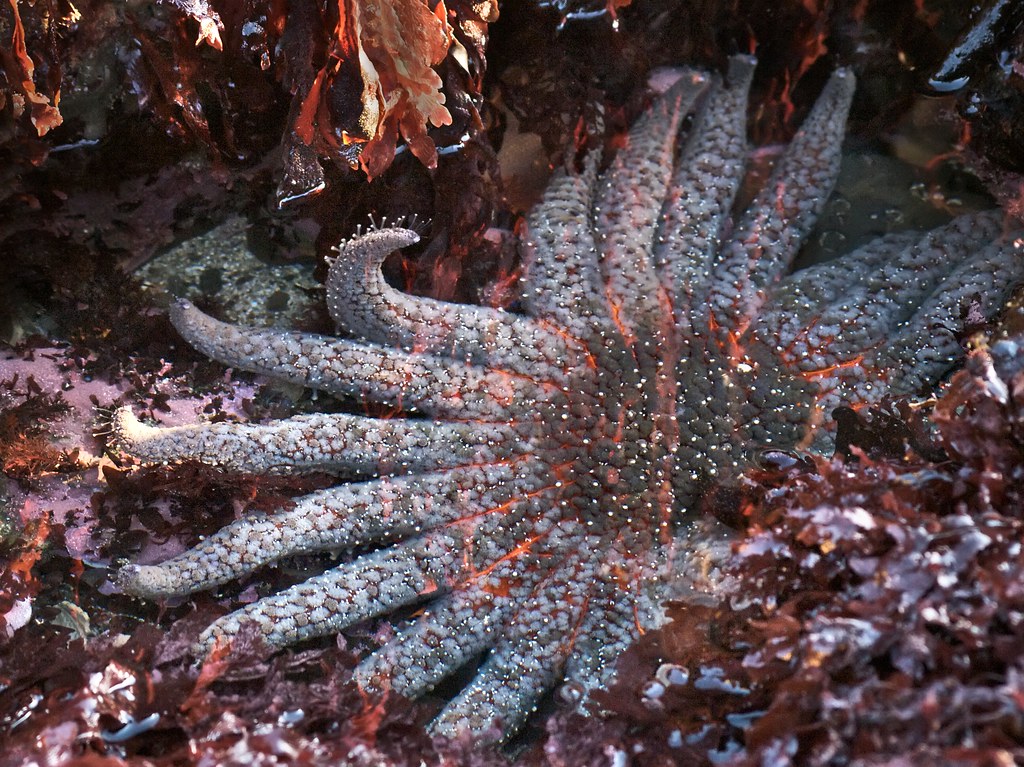