They call this place the satellite colony, since the rest of the rookery is tucked in a ravine so lush it might as well be the Amazon. This row of trees sprouts at the terminus of the ravine, high above a park and pathway that hosts a lot more humans than herons. Double-crested Cormorants now also roost over the path after fishing the spillway all afternoon. A Bald Eagle does a cursory spin over the exposed trees, gazing upon opportunity below, before the resident crows escort her out of air space. And, the fresh construction of an Osprey platform to the west awaits the return of the couple who may insist on building their digs, instead, on the railroad bridge where they’ve nested for the past several years. 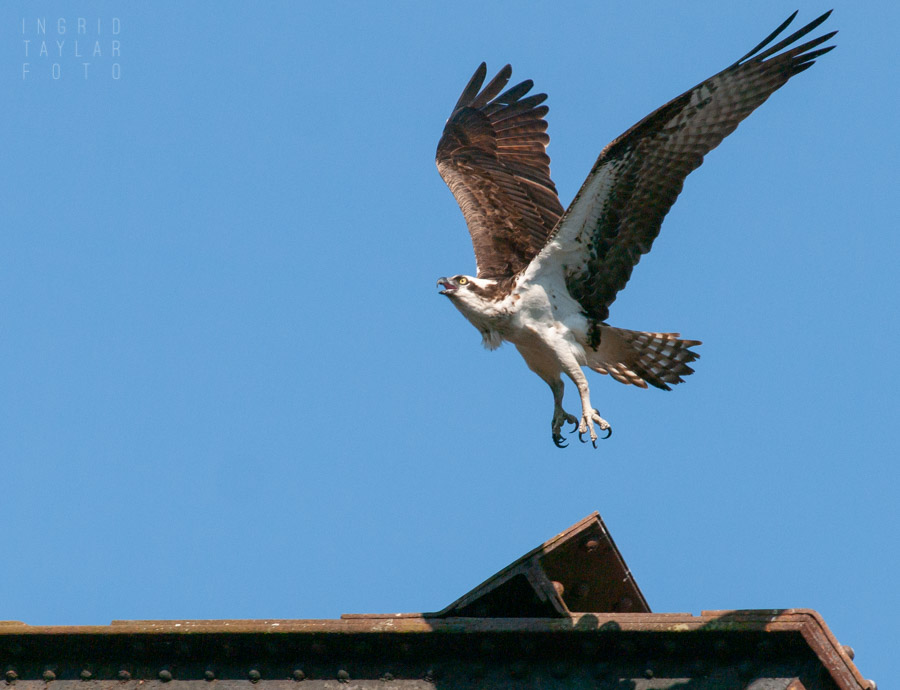 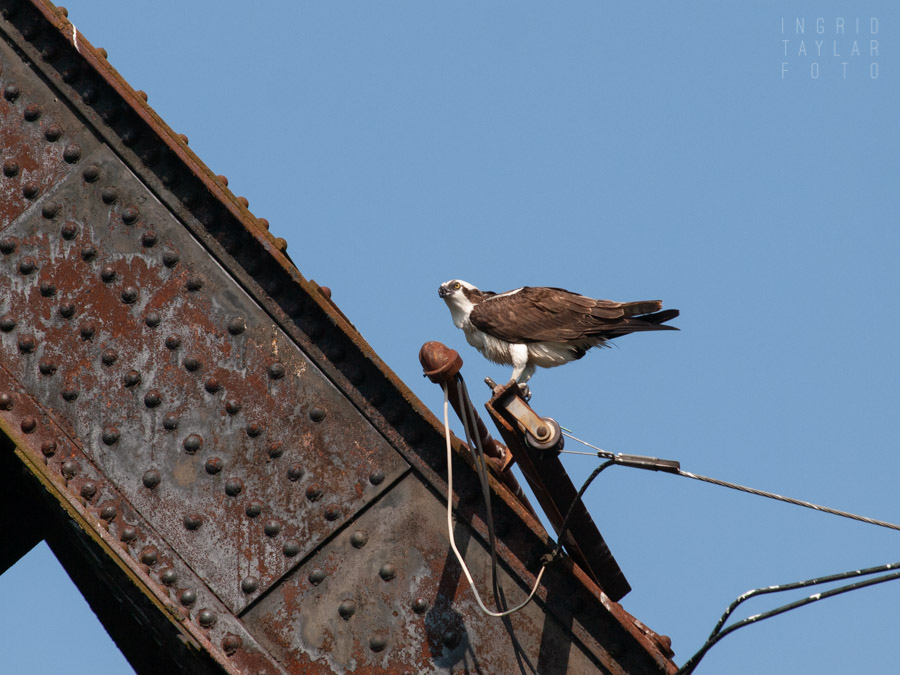 On a sunny evening, I walk the cement promenade below the trees, now painted with cormorant guano and fallen feathers from the preen. I stop by the nests just long enough to check on the new heron couples, and to frame a few shots of heron plumage and eyes reflecting the magic-hour light. Walkers in the know hug the security rail farthest from the guano trail as they pass under 30 or more roosting cormorants. 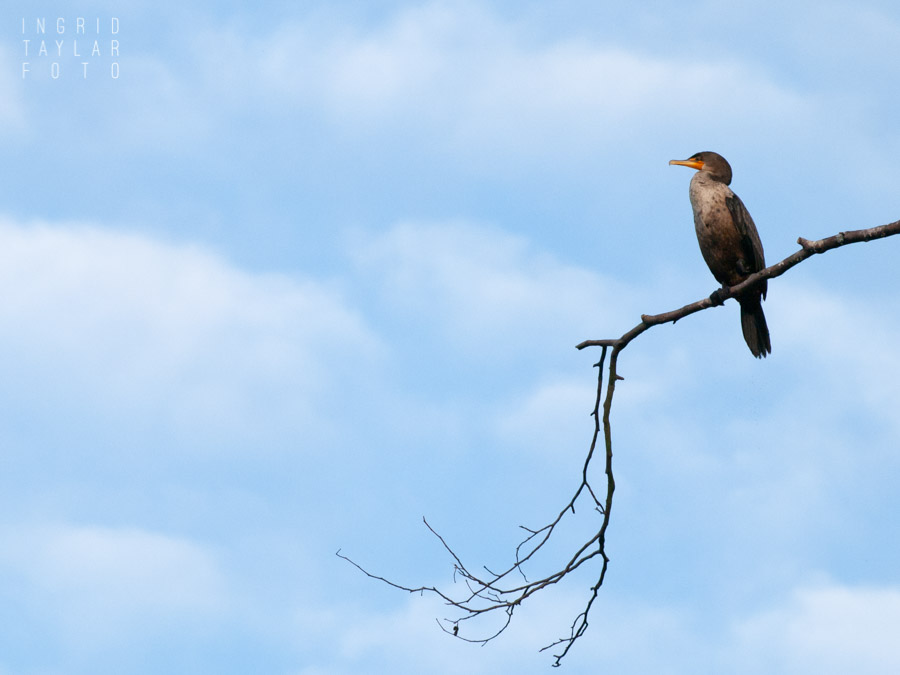 A guy from Arizona asks me where the nearest pay phone is so he can call Billy, a guy on a bike he just met at a bar.

Ten minutes later, another guy — who almost fits the description of Billy, with a beat-up bike and the worn serape — marvels at the “web-footed birds perched in the tree” — the cormorants. He says to me, “I can’t believe they can hang on with webbed feet, can you?” I mention the toes and the webbing that constitute the totipalmate foot, and he says, “wow, cool, totipalmate. Right on.”

I see the guy with the serape several times over the next few weeks, and when he sees me, he just says, “totipalmate.” 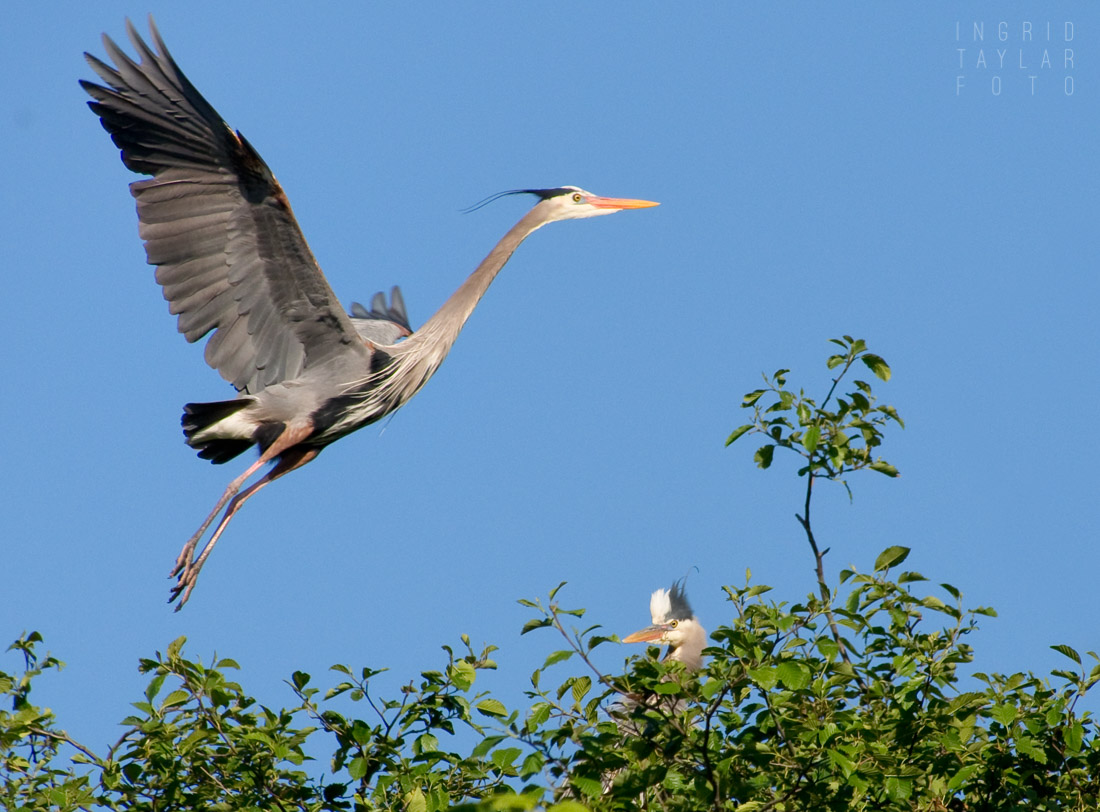 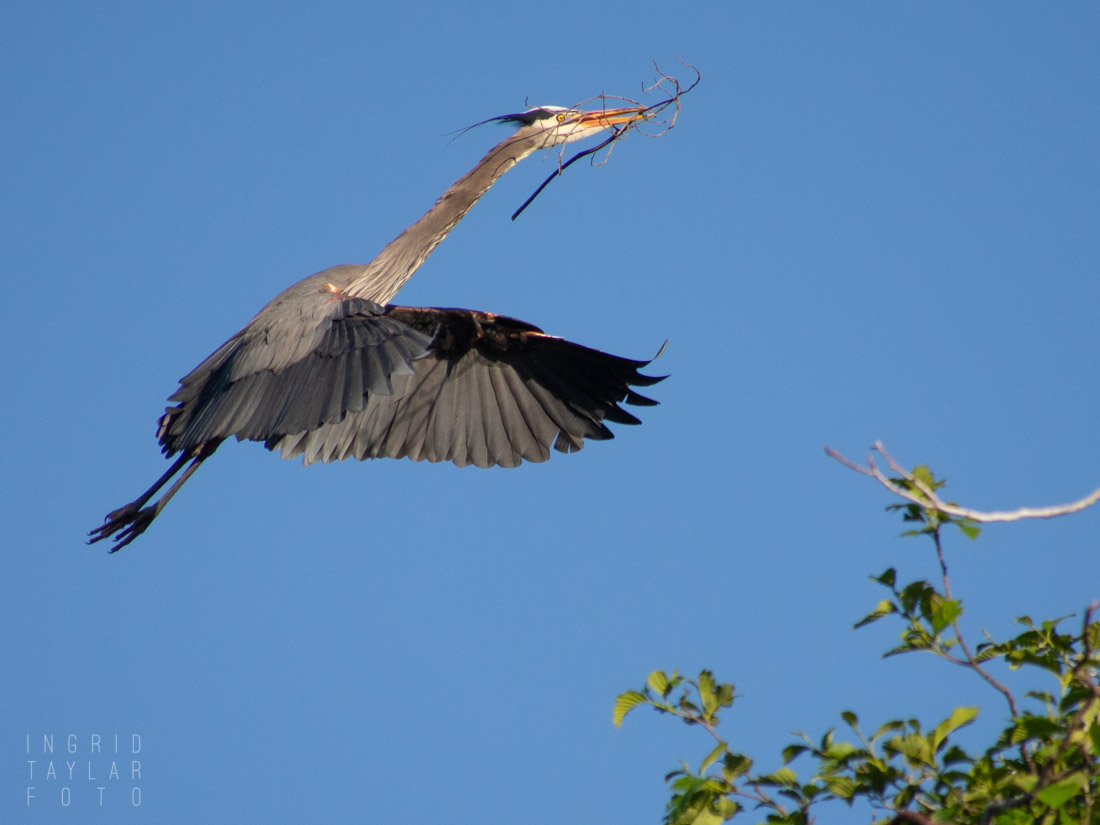 Video from the Cornell Lab of Ornithology — a heron’s-eye-view from the nesting branches.

Rookery update: The nesting is in progress right now, with the sleek silhouettes of herons visible through branches and buds — buds that will soon shield the nests with greenery, making the rookery almost invisible except to those passersby who know.

The Osprey platform I wrote about still waits for the pair to return after last year’s successful nesting season, their first in the new digs. Two of our six neighborhood Ospreys are back. I’ve been looking for them everyday and saw the first female arrive a few days ago. Yesterday, I spotted the male in the nest — the two Ospreys huddled together in a rain storm, on their command post over Puget Sound and the busy Port of Seattle.

The Bald Eagles are also back nesting in our neighborhood, doing regular flybys and catching thermals above our apartment balcony. And, it’s almost time for the Caspian Terns to crash the party — a story that will be my next post.