Hugh and I spent the weekend in Morro Bay, attending a conference that included a dynamic keynote address from photographer George Lepp. It’s an admittedly geeky endeavor when you consider that a ball-head and a bubble level can get some rousing applause in this crowd. I love it. Events like this validate my gear brain . . . the same brain that has never bought matching chairs for our sofa because any expendable income must go into electronics. There’s a reason Hugh and I live in sparsely furnished, mismatched domestication. And it’s not my love for minimalism.

Post-seminar, we took a stroll on Morro Strand State Beach and shot the remnants of light as magenta and fog shrouded Morro Rock in the distance. A few of those captures below: 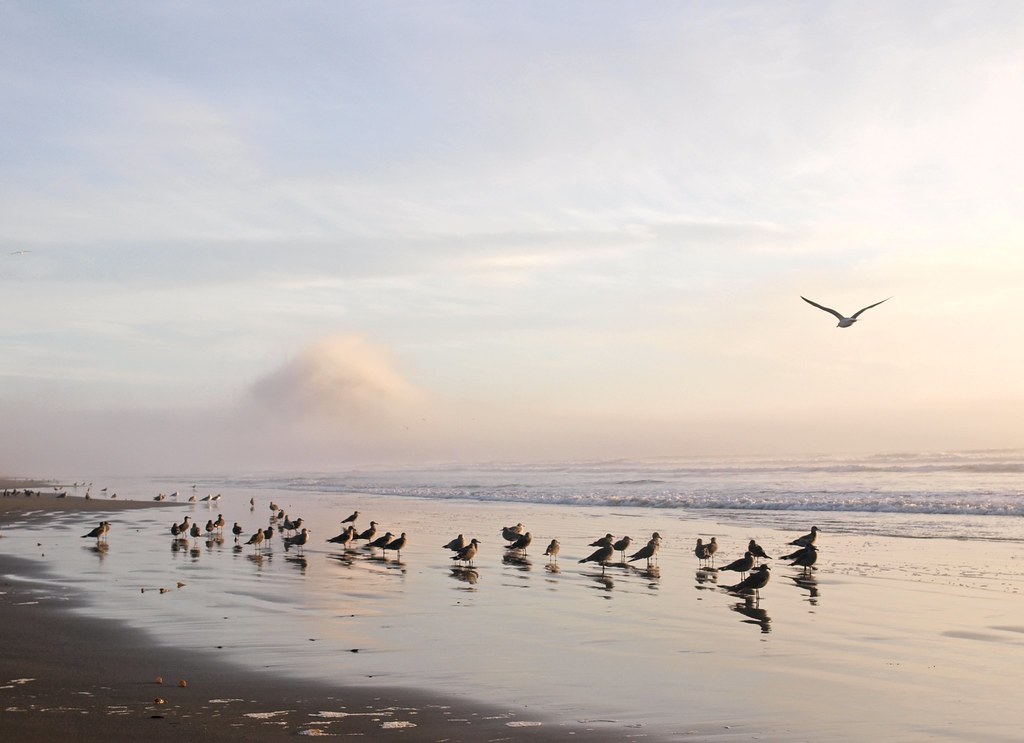 Those same gulls flushed as a beach walker meandered through the flock. When she saw we were photographing the birds, she moved to the side. But I liked the movement in this shot as she strolled the water’s edge. 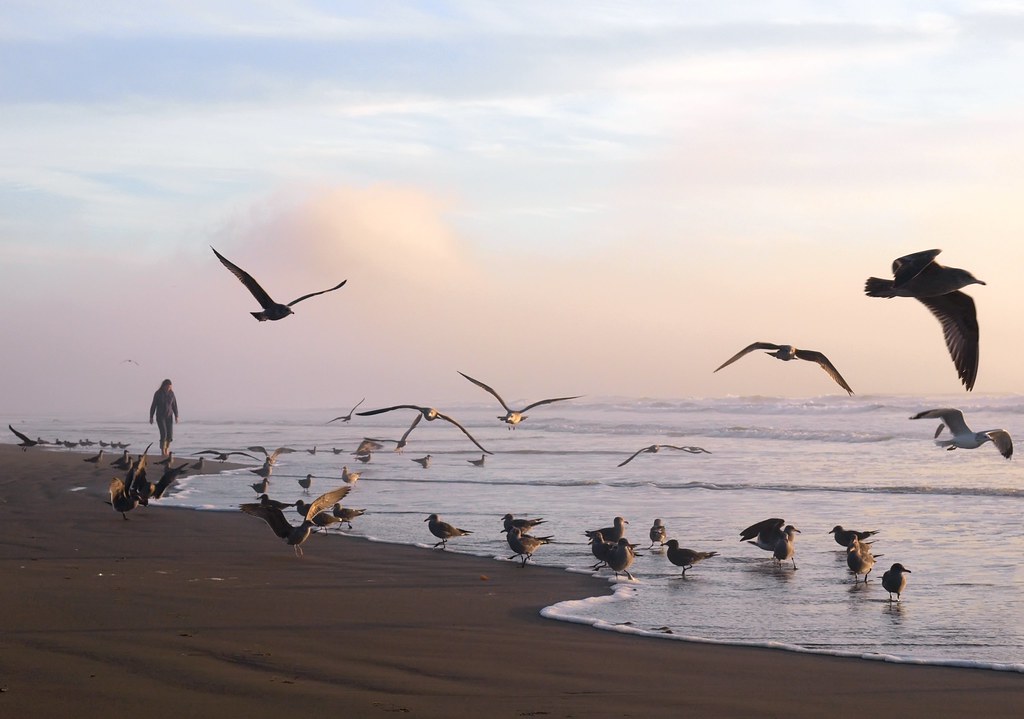 If you haven’t seen Morro Rock draped in mist, it’s a phenomenon of changes and movement as a plume of fog sweeps over the rock, then surges and wanes, allowing moments of sunset pinks to filter through. 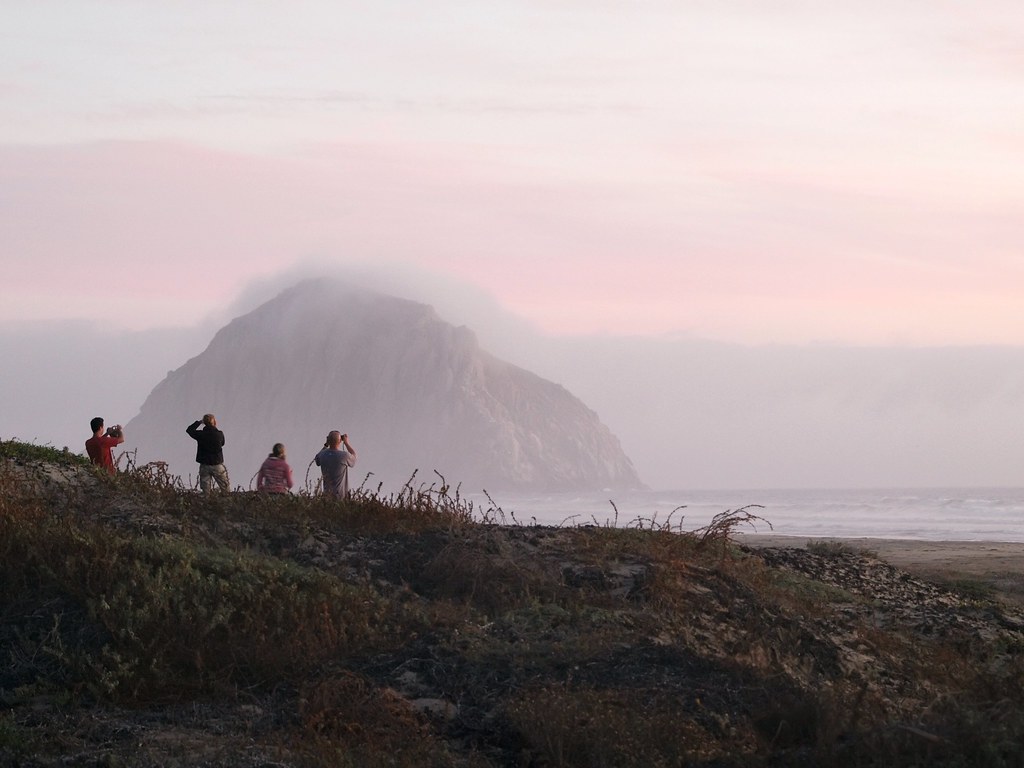